Suheyla Takesh is co-curator of the exhibition Taking Shape: Abstraction from the Arab World, 1950s–1980s and curator at the Barjeel Art Foundation, Sharjah, UAE. She received her masters in History, Theory and Criticism of Architecture and Art, AKPIA at MIT, and she has previously curated exhibitions at the Sharjah Art Museum, Contemporary Art Platform in Kuwait, and the Aga Khan Museum in Toronto, among others.

The symposium Taking Shape: New Perspectives on Arab Abstraction, planned for March 2020 by ArteEast in partnership with NYU’s Hagop Kevorkian Center for Near Eastern Studies and Grey Art Gallery, had to be cancelled due to concerns related to the spread of COVID-19, as the pandemic was just beginning to hit NYC. ArteEast conducted this interview with curator Suheyla Takesh in April 2020.

AE: Why did modern artists from the Arab world choose to create non-figurative works?

ST: There isn’t really a single answer to this question, as there has been a plurality of non-representational movements and schools that emerged in North Africa and West Asia around the mid-20th century. For many artists, the turn to abstraction at mid-century was a bid for authenticity in a time of decolonization, and a means to reclaim local heritage and history for the formulation of site-specific modernisms. For example, the Casablanca School that emerged in Morocco in the mid-1960s focused on the critical need to reintroduce aspects of local history and Amazigh heritage into the conception of modern art. In other places, Sufi philosophy found expression in the work of artists, as did references to Arabic calligraphy and Islamic geometry. This was a pivotal moment in history, when not only political systems in the region were being overturned, but educational models were being rethought, cultural exchange took on new forms, and generally, increased focus was being placed on Global Southern alliances. 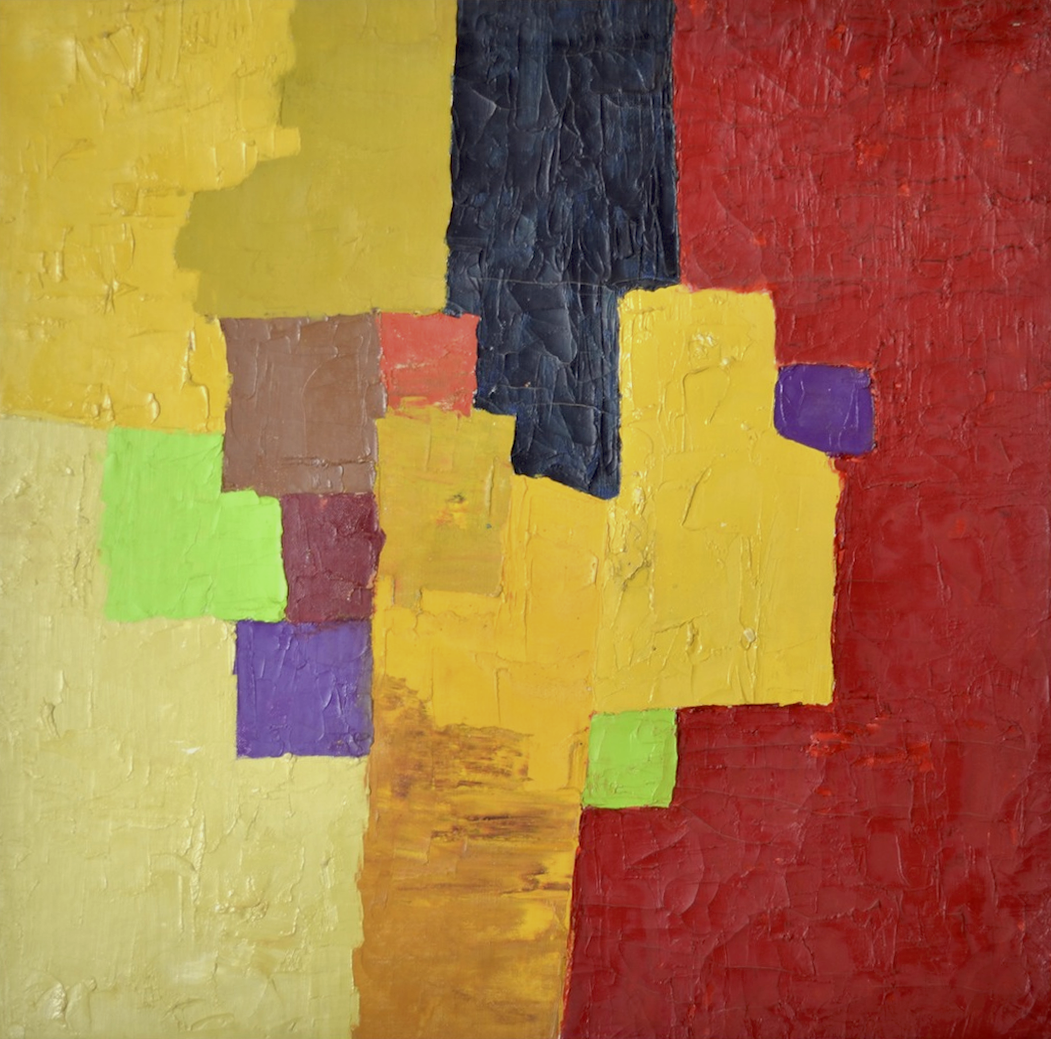 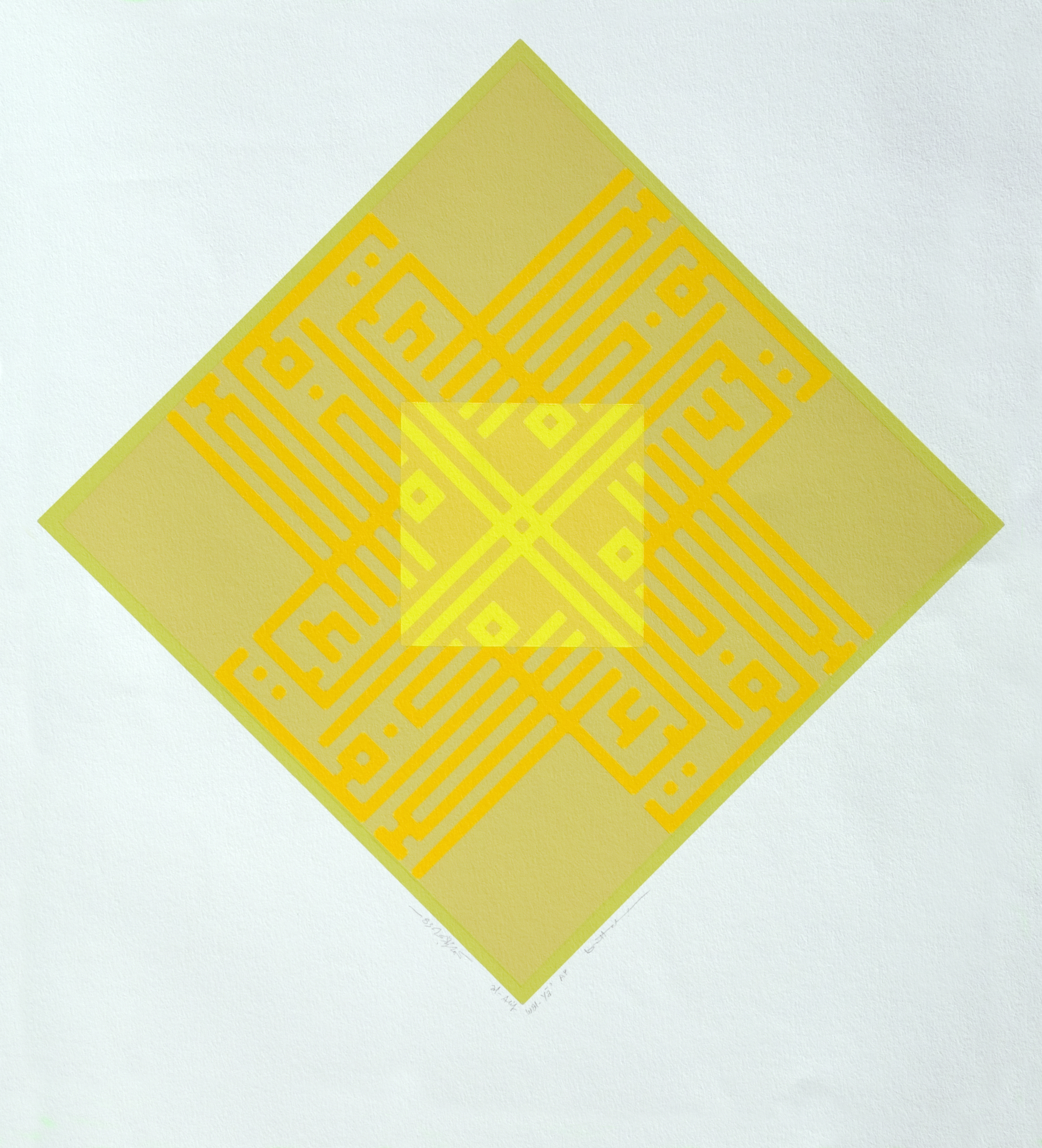 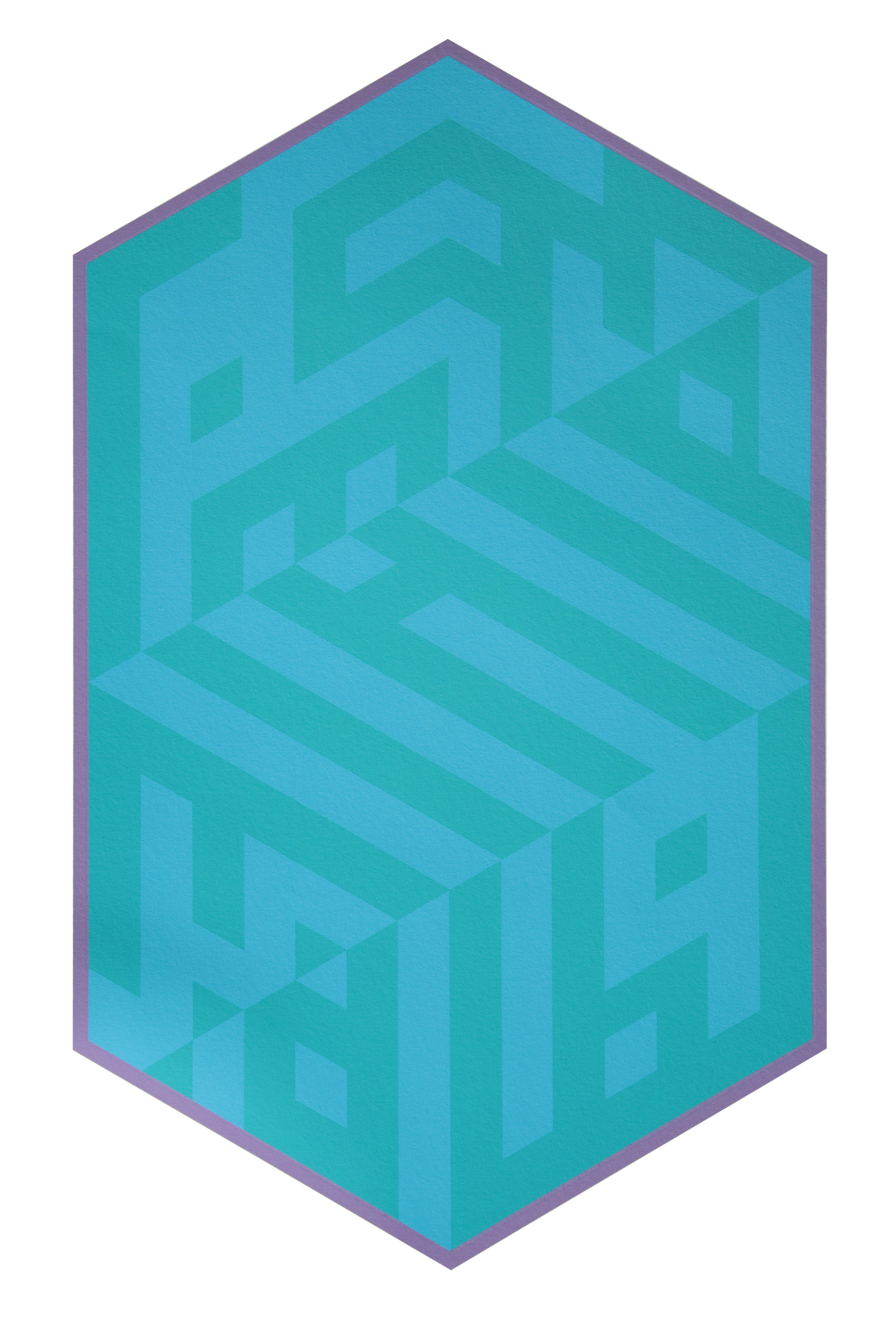 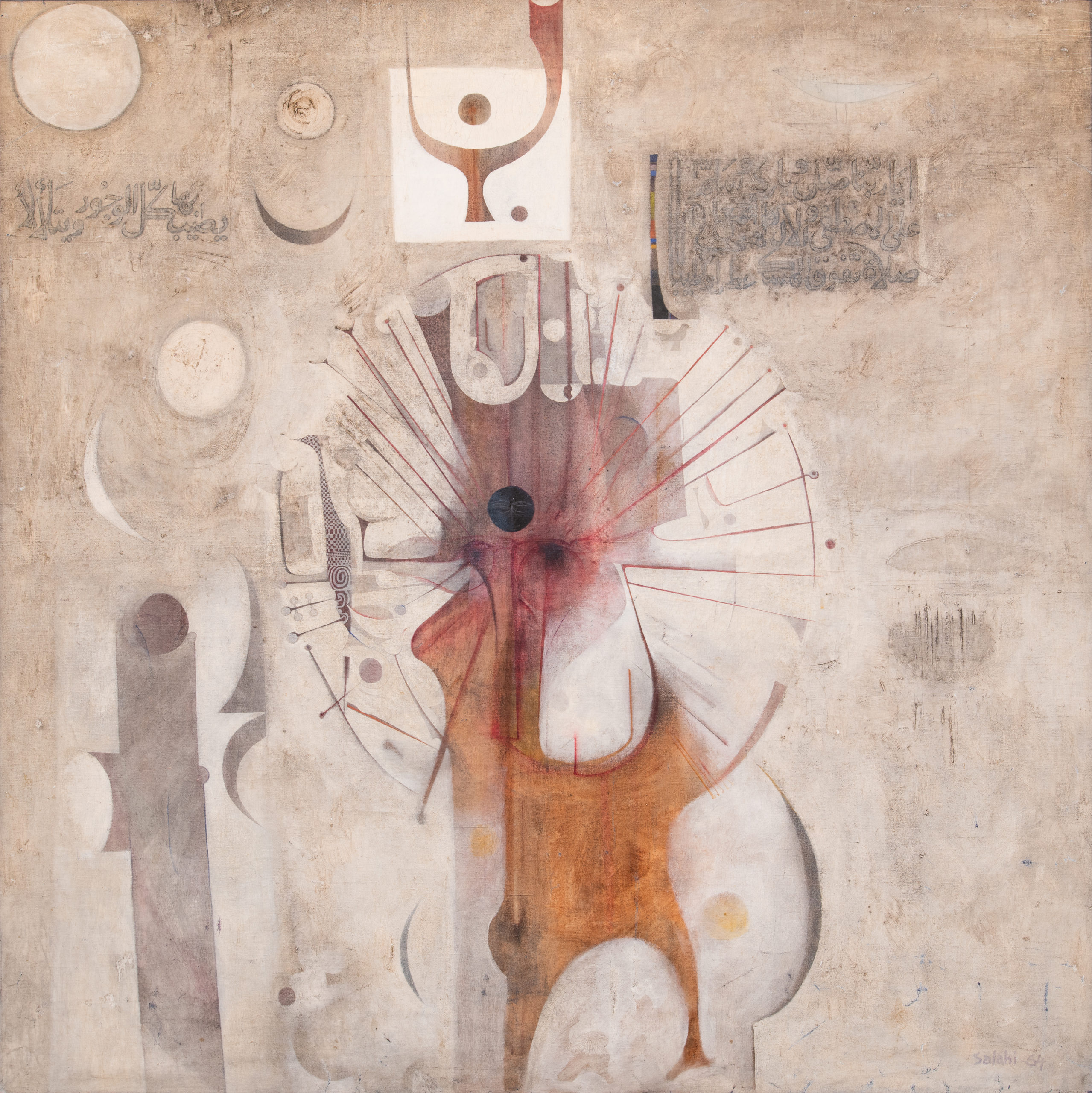 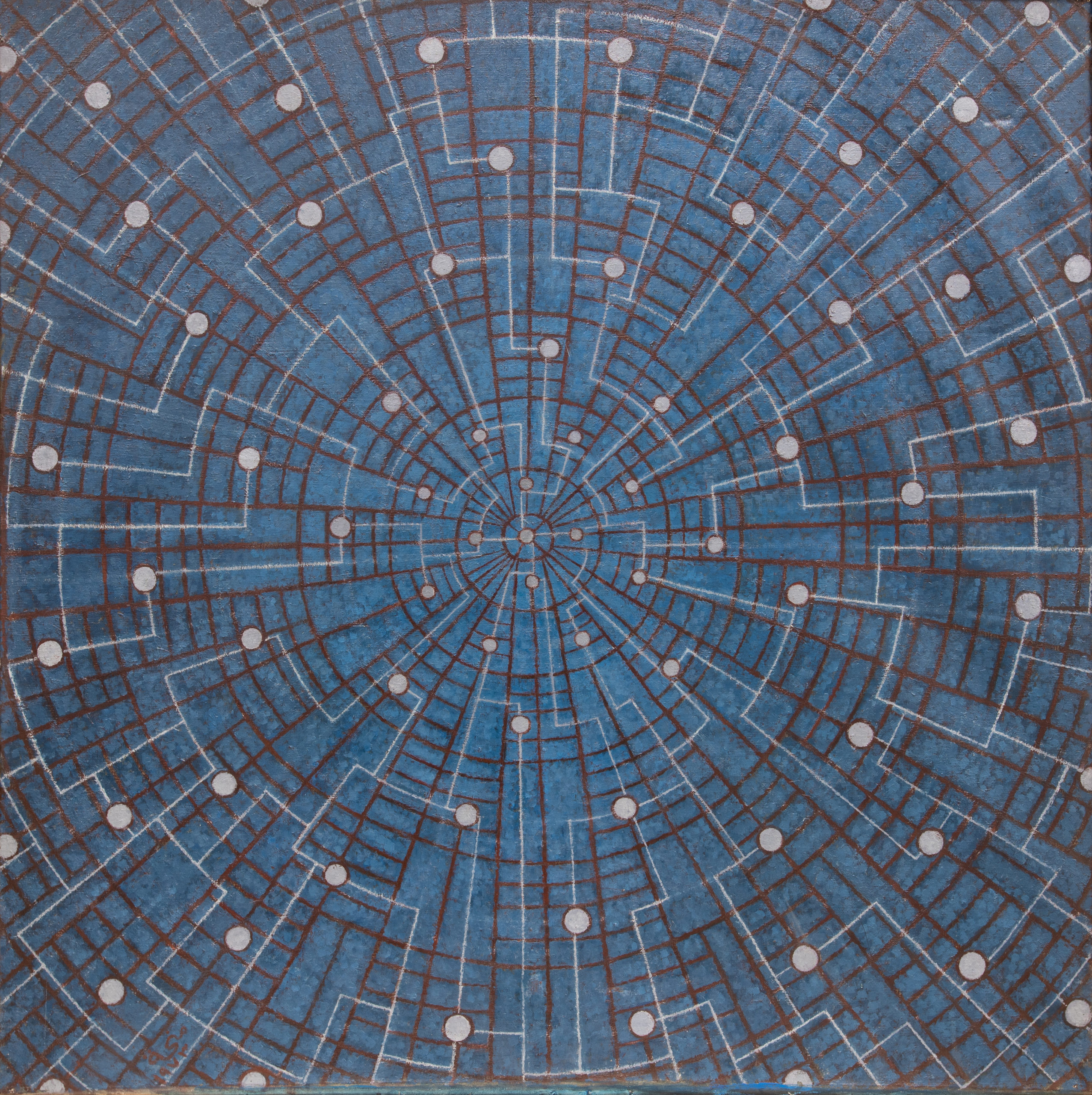 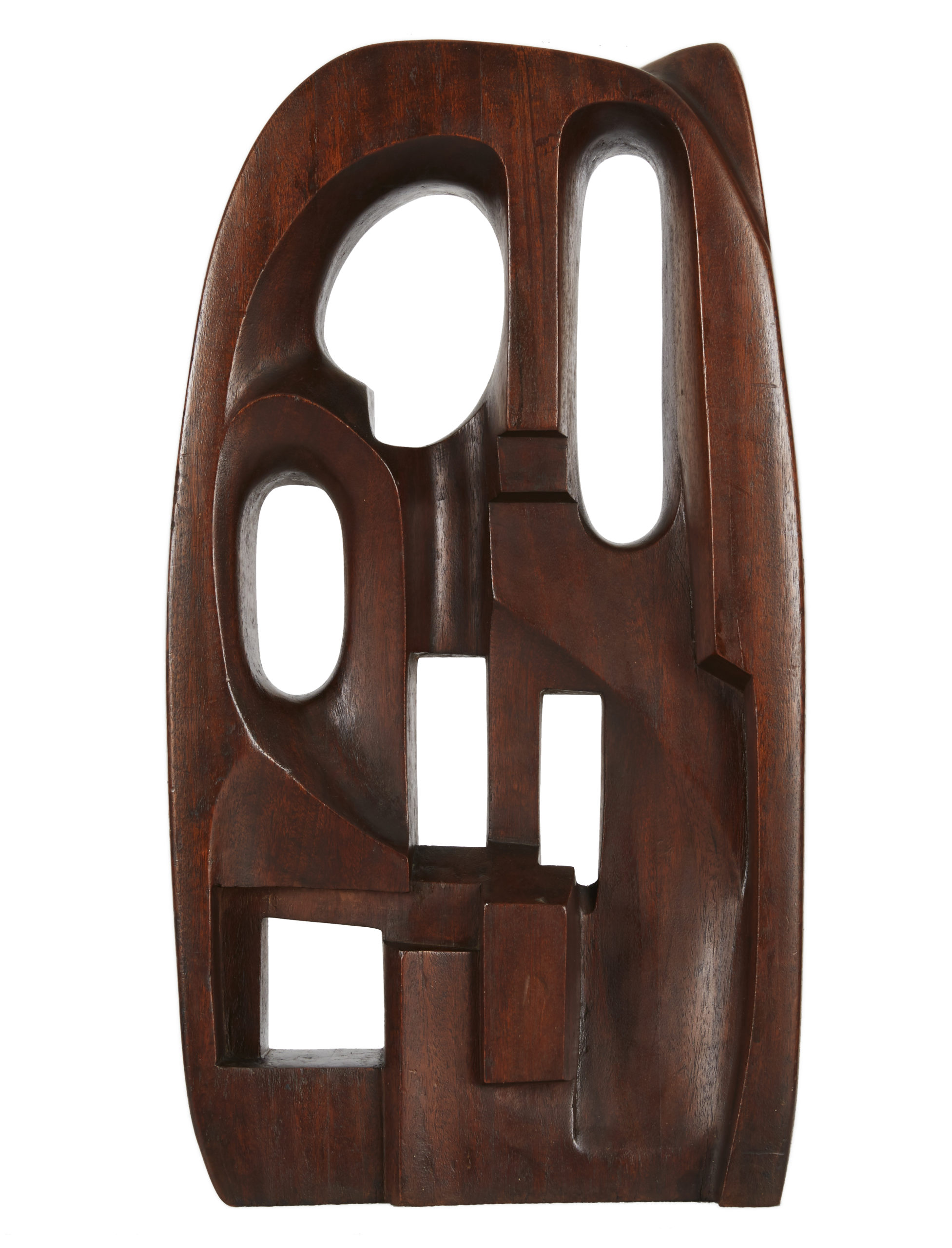 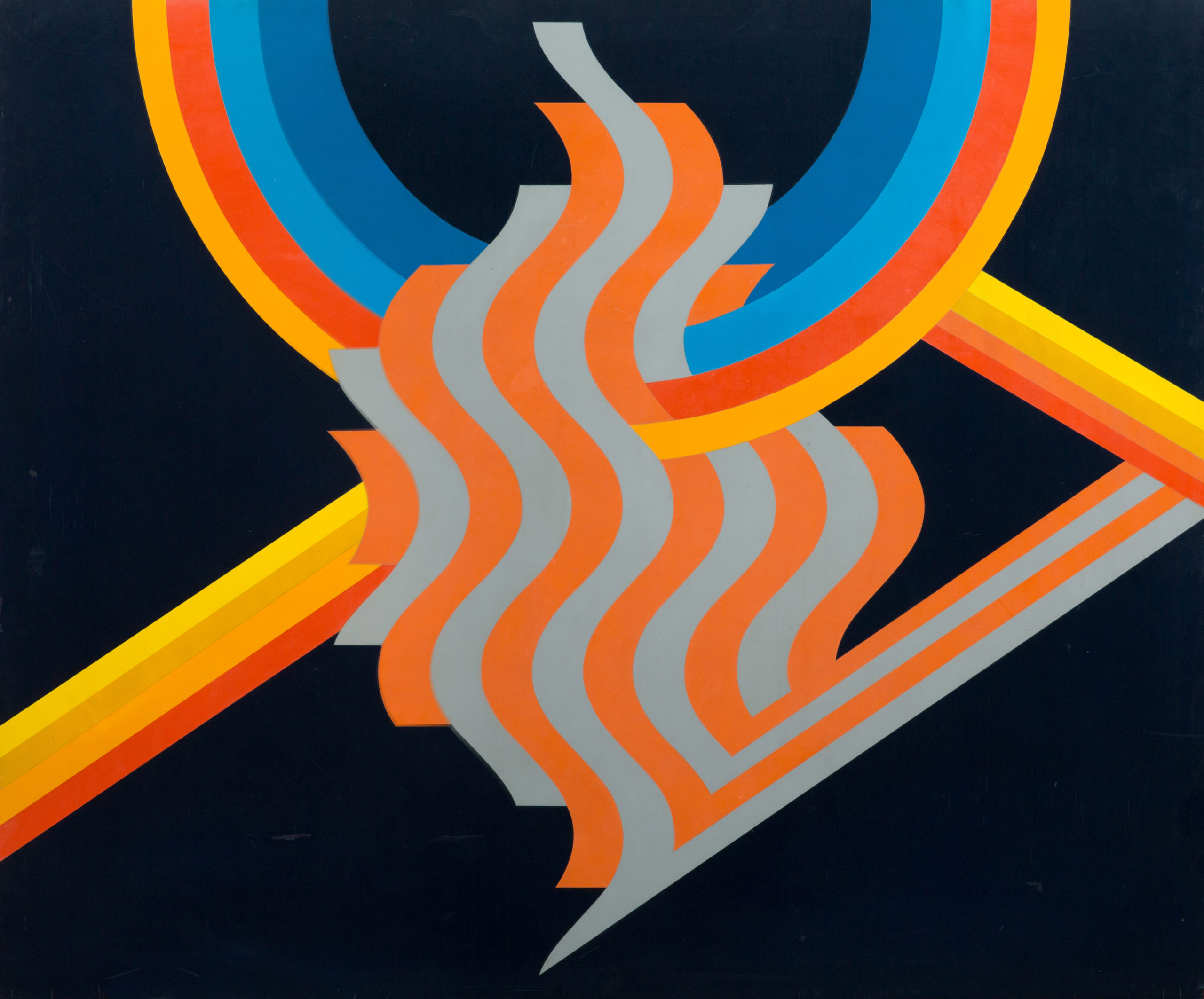 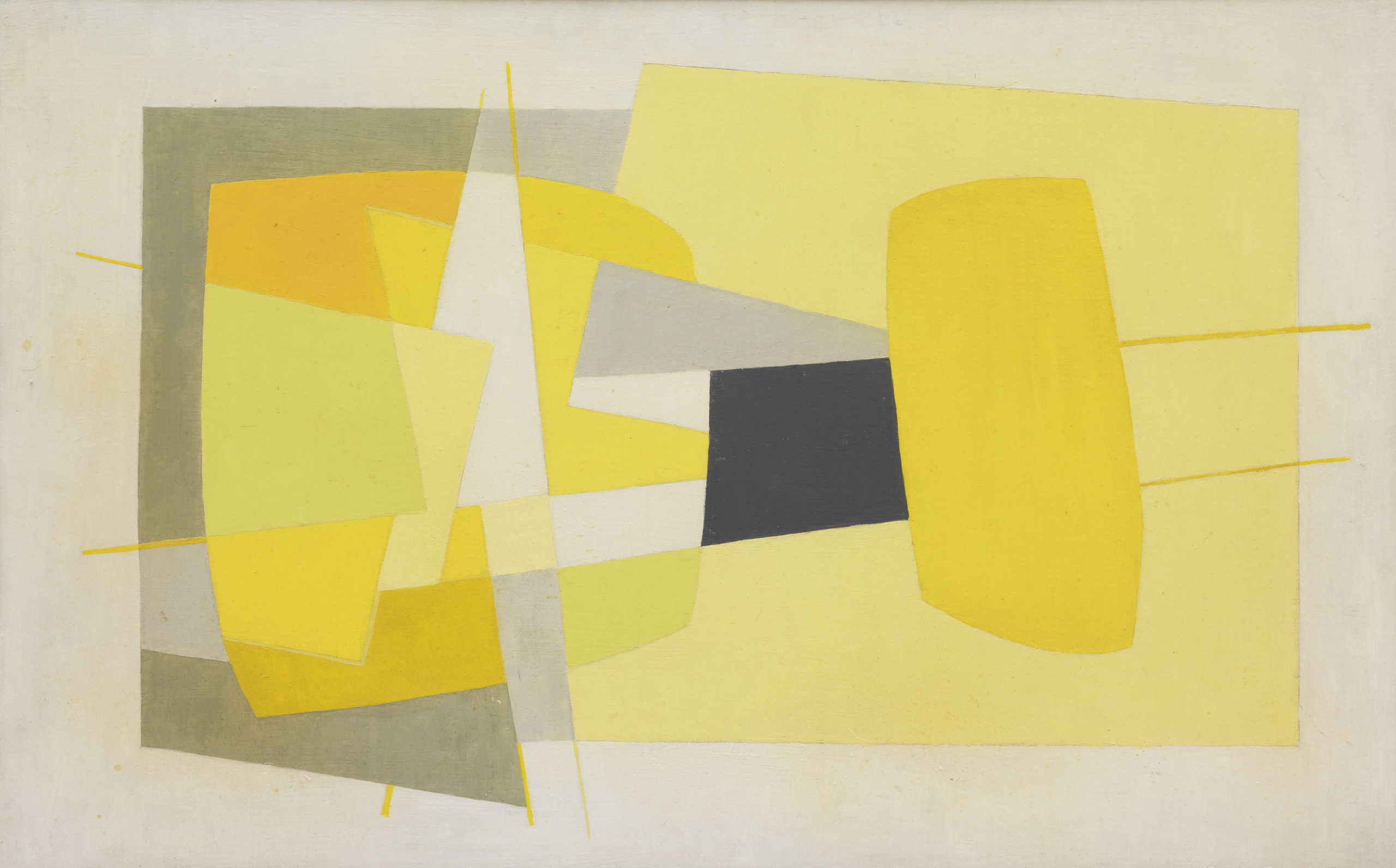 AE: How can we approach Arab abstraction without falling back on borrowed methodologies?

ST: I think as art historians, writers, curators, we still struggle to find an adequate language for discussing modernism in the non-West—one that conceptually presides outside of art-historical frameworks that largely rely on a Eurocentric telling of modern art’s origins. We can, for example, debate whether “abstraction” is even an operative term to use in describing works presented in this exhibition. To answer your question, I think it is important to account for the contextual specificities that influence the production of any object, and this often means inventing workable methodologies as you go. At the moment, art-historical discourse is imbricated with accounts of abstract experiments originating in early 20th-century Europe that gradually, and nominally, made space for the “minor arts” and non-Western “crafts,” assimilating them into the idioms of Western abstraction. In foregrounding modern art from North Africa and West Asia in this exhibition, we hope to point to the multiple and manifold genealogies of global abstraction, and to look at earlier visual traditions originating in these regions not solely as having served as inspiration for artists like Paul Klee, Naum Gabo, or Max Bill, but as distinct phenomena that have local continuities and other histories.

AE: Why did you feel it was important to share this particular curated selection of the Barjeel Foundation’s collection with the public?

ST: This exhibition is part of a larger effort aimed at considering twentieth century art from North Africa and West Asia as being integral to the discourse on global modernism. We wanted to reassess the dominance of existing narratives and frameworks within the discipline of art history, and include art produced in different parts of the world into the conversation. I hope the exhibition encourages viewers to (re)consider the attribution of abstraction’s emergence to a single historical moment and rather, to understand it in the context of numerous modernisms and layered political circumstances.

AE: In your introduction to the exhibition, you refer to “the political potentialities of modern abstract art.” How do you find the artists in the exhibition responded to the social and political issues the MENA regions faced in the second half of 20th century?

ST: In the early and mid-20th century, the Arab world witnessed a wave of movements that emerged in opposition to the West’s political and military involvement in the region. This opposition was marked by a number of popular revolts, as well as the coming to prominence of Arab nationalism, pan-Arabism, socialism/communism, and other ideologies. During this time, many artists across the swiftly decolonizing region began to adopt an increasingly critical viewpoint toward the wholesale import of Western culture, striving instead to develop practices that were relevant to their own contexts both politically and historically. This is when the Casablanca School in Morocco pushed for the “rehabilitation of our own values,” the Aouchem collective in Algeria advocated for a consideration of “formal themes inherited from Algerian history,” the Baghdad Group for Modern Art sought to “honor the stronghold of the Iraqi art of painting that collapsed after the school of Yahya al-Wasiti,” while many others in the region advocated for similar approaches. From a certain angle, the turn to nonrepresentational abstraction at this time can be seen as part of a broader project of political and intellectual freedom, rooted in artistic experimentation.

AE: What, if anything, were the curators not able to include in the exhibition that you feel speaks about the history and development of Arab abstraction?

ST: There are without a doubt several important omissions in the body of work that’s presented at the Grey Art Gallery. This is inevitable when curating from a single collection. And in the case of this particular exhibition—where we tackle an expansive geographic area and a broad timeframe—it may even have been inevitable if we were to pull works from other sources. Some examples of what we are missing include movements such as Circulism and Kinetics in Kuwait, works produced by the Aouchem Group in Algeria, abstract experiments in Damascus led by artists like Mahmoud Hammad, Mahmoud Daadouch and Nasser Chaura, digital and computer-generated work by Samia Halaby, and many other facets of nonobjective art from the region. What we hope for is that the exhibition and book will serve as a node in a growing field of curatorial and art-historical practices dedicated to rethinking the canon of abstract art, and will generate further conversations and encourage future research.

In the meantime, while the exhibition was already underway, the Barjeel Art Foundation also acquired a number of works that could have potentially added compelling layers to the display. These include an early ’80s work by Suha Shoman, titled Chanson Mystique, and a 1957 work by her mentor Fahrelnissa Zeid, titled The Red City. Recent acquisitions also include a number of works by Syrian artists, including a work by Mahmoud Daadoush, and another one by Nasser Chaura, as well as a 1972 light sculpture by the Lebanese Nadia Saikaly. So this is an ongoing, cumulative process that is never really complete. 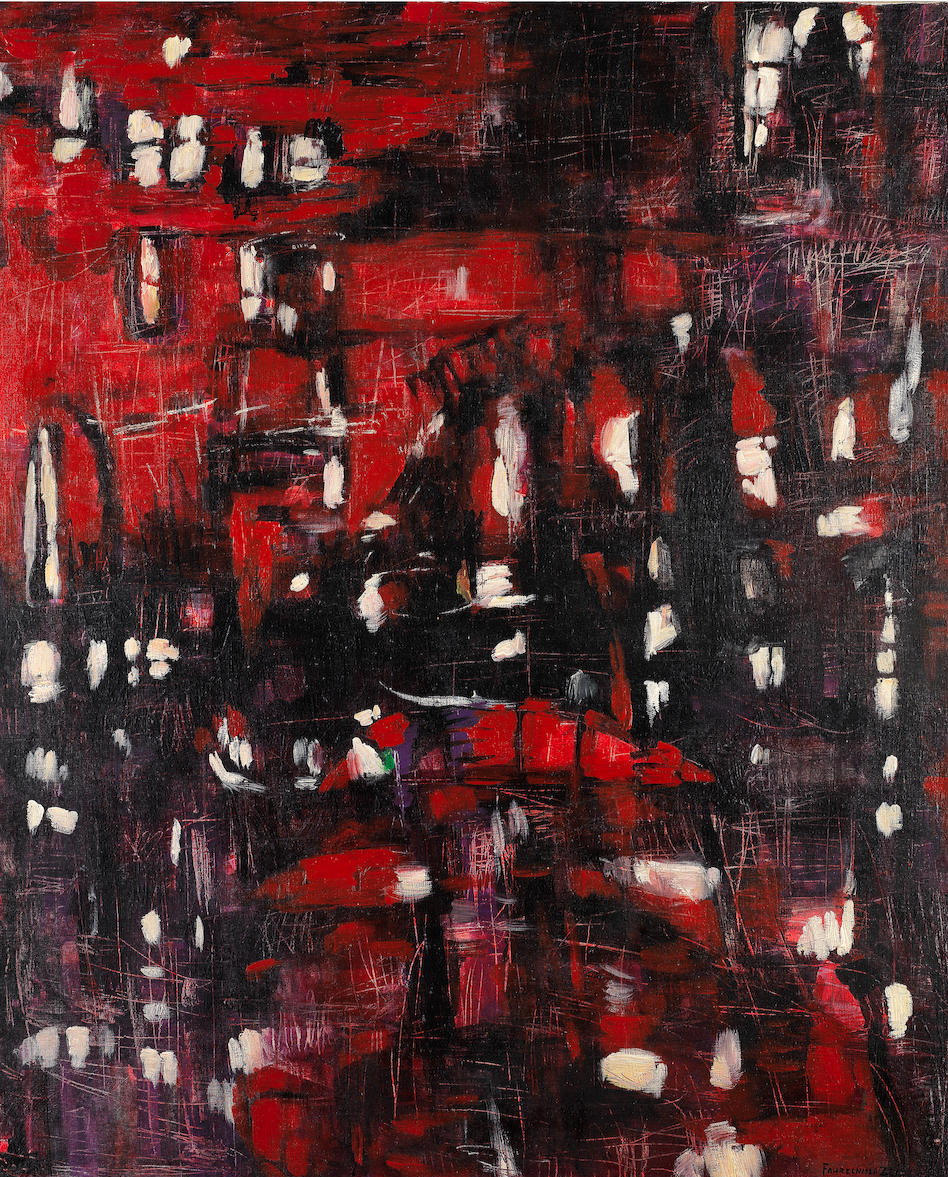 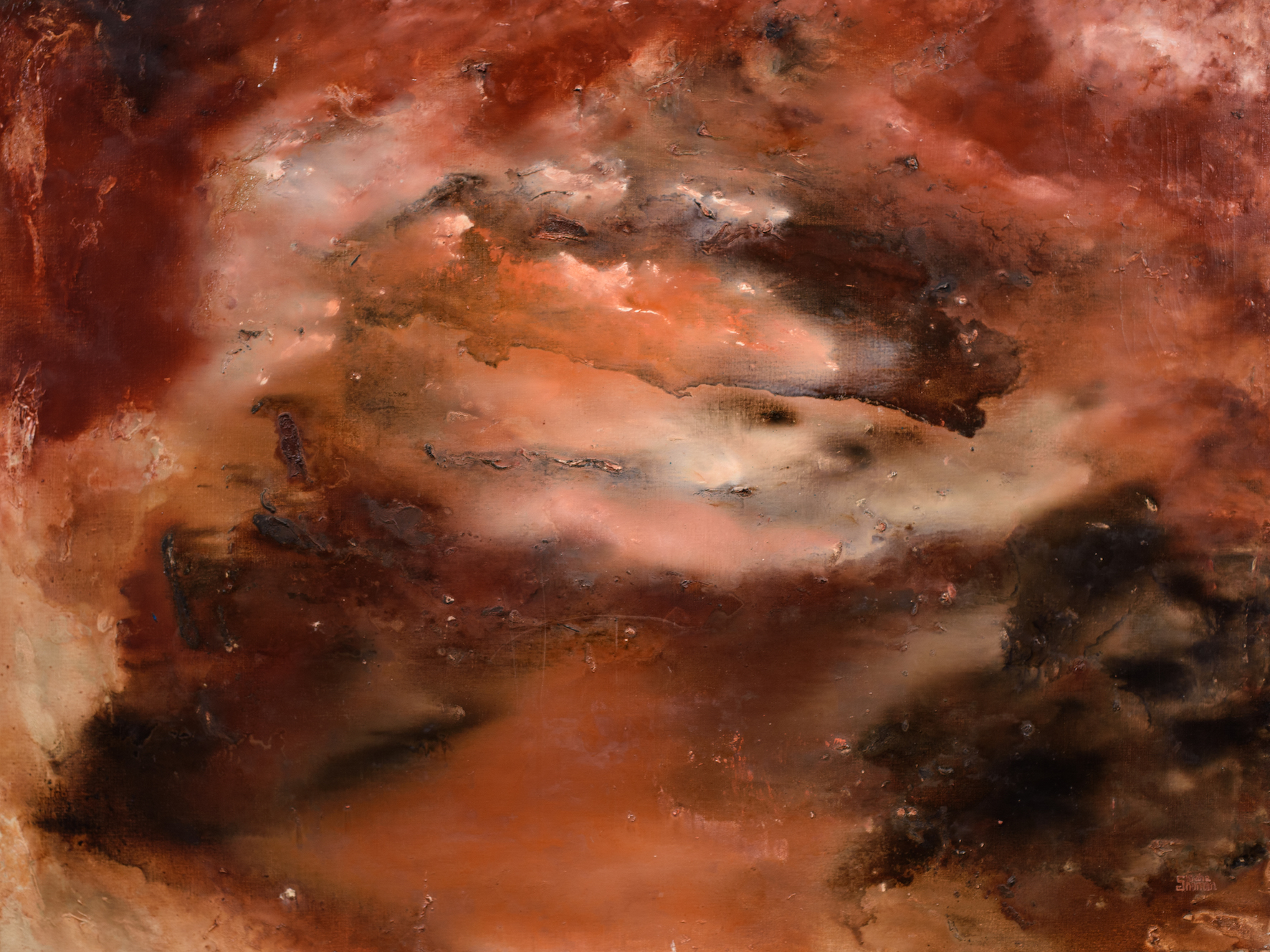 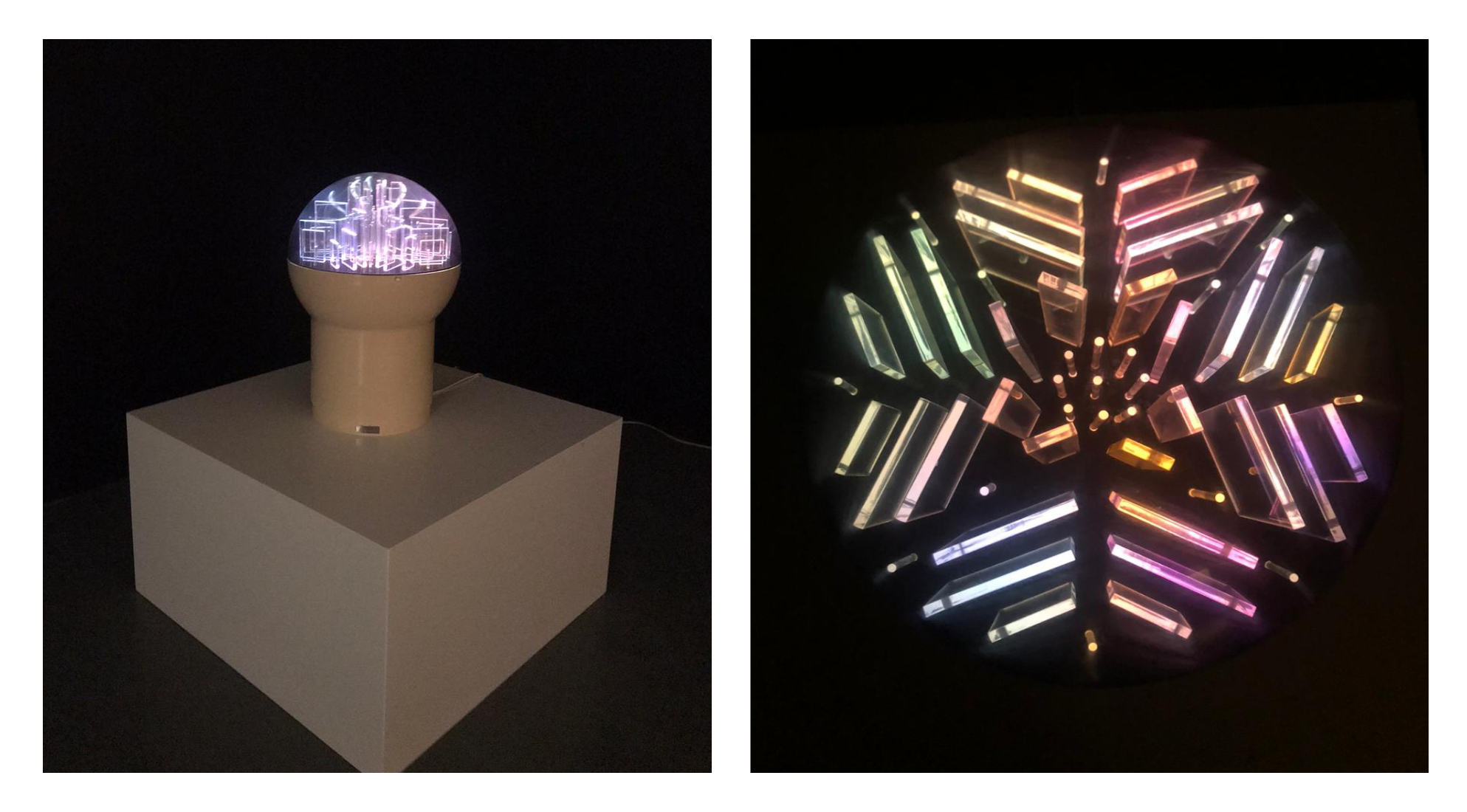 AE: With response to the show being incredibly positive by the American media and public in New York, what was most interesting to you about their reactions / feedback / reviews?

ST: We are incredibly grateful for all the attention the exhibition has been receiving. It was also great to see several scholars and graduate researchers visit the show while we were in NYC. I hope the show serves as a helpful resource for some of their ongoing projects and possibly expands some current areas of inquiry. With the general public and several of the journalists, I think one of the most interesting things for me personally was the recurring question as to whether abstract art emerged in the region at this time due to a religious ban on figuration. In conceiving the exhibition, we considered the context of the 20th century and its ongoing realities—political changes, modernization, industrial development, increased international travel, government scholarship grants, etc. and have not necessarily thought of a (debated) centuries-old theological prohibition as pertinent to this specific discourse. So it was interesting to see how the region at large is still often viewed through a religious lens, producing an image of what Edward Said has called the “timeless Orient” i.e. one that “unlike the West, doesn’t develop, it stays the same.”

AE: What, if anything, has been made clearer to you since the opening of the exhibition about Arab Abstraction?

ST: I think the exhibition has raised more questions than it has answered, at least for me as a curator. Dealing with a large geographic area, which is by no means homogenous, we formulated a broad perspective on nonobjective art from the region, and sketched out general areas of inquiry and topics for investigation that are worth pursuing—much like a diagrammatic outline—yet have not always had the opportunity to delve into specifics and tease out the complexities of certain critical subjects. For example, it would be great to further expand our understanding of how increased institutionalization of art activities and societies in the 1940s-1950s may have impacted the type of work that was being produced in the region. How did government backing of annual exhibitions shift the direction of cultural development? How may increased participation in international biennales have influenced the discourse on abstraction in the Arab world? A great question was raised by Raphael Cormack of Apollo Magazine, who pointed to the absence of Cold War politics in the discussion of abstract art in both the exhibition and book. These are all important areas that merit further research.

AE: What do you think the global art canon has to gain by such an exhibition being shown across the United States?

ST: Being shown across five institutions in the United States certainly increases the chances of visibility for this art, and being presented in university museums specifically, lends the exhibition a particular audience—one that, at least in theory, is more likely to have a higher attendance of students, researchers and academics. I hope this increased exposure begins to call into question how we come to know and recognize certain artists, how value is ascribed to works of art, and how the art canon is formulated. The global art canon is something that’s constructed, just like history is something that’s written. With more historians, critics, collectors, researchers, writers, and graduate students encountering modern art from North Africa and West Asia, the more possibility there is for this art to be studied, examined, analyzed, and ultimately, written into global history.

AE: With Covid-19 forcing the exhibition to temporarily close, is the exhibition still scheduled to travel to other institutions in the future as previously planned? We would like to list them so readers can keep an eye out for them in other cities.

ST: Yes, the exhibition will travel, but some of the tour dates have shifted. We are currently waiting for the new dates to be confirmed. In the meantime, while the exhibition was supposed to go on display at the Mary and Leigh Block Museum of Art Northwestern University in Evanston, Illinois between April 28 and July 26, 2020, it will instead remain at the Grey Art Gallery for this period.