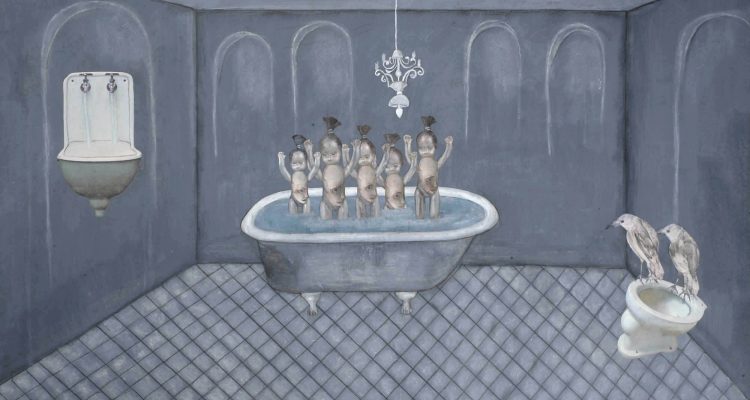 ArteEast is pleased to present an interview with artist Huda Lutfi as part of our Artist Spotlight.

Huda Lutfi works like an urban archeologist, digging up found objects and images
as loaded fragments of history. She then re-packages them using bricolage as an
interceptive strategy. Recognizable objects, images and icons are re-contextualized
and made to tell a different story, playing on personal and collective memory as
well as shared iconographies, Lutfi blurs historical timelines and cultural
boundaries in her work. Multi-layered and playful, Lutfi is known to work with a
wide range of media, painting, collage, installations, assemblages, photomontage
and video. 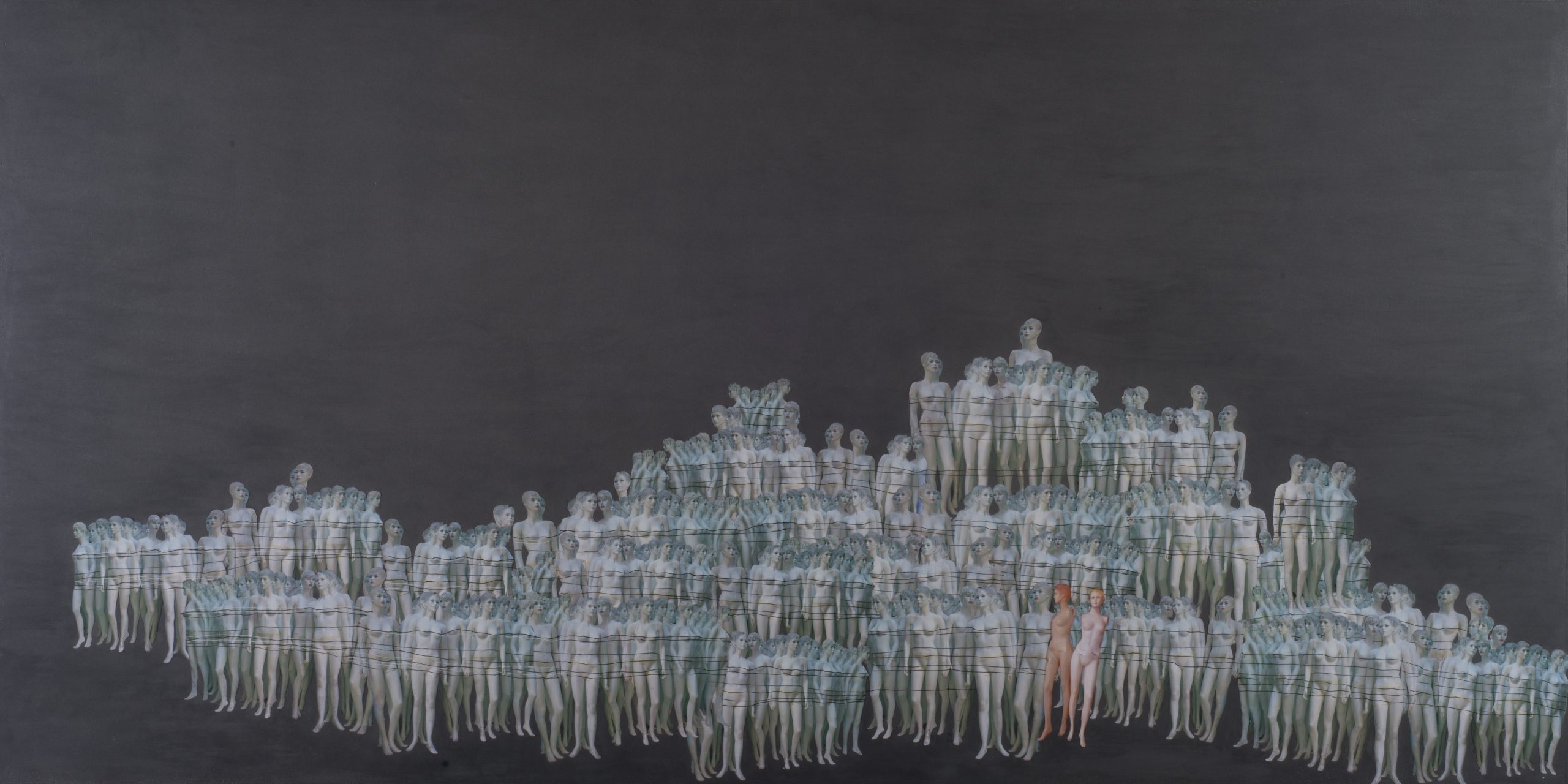 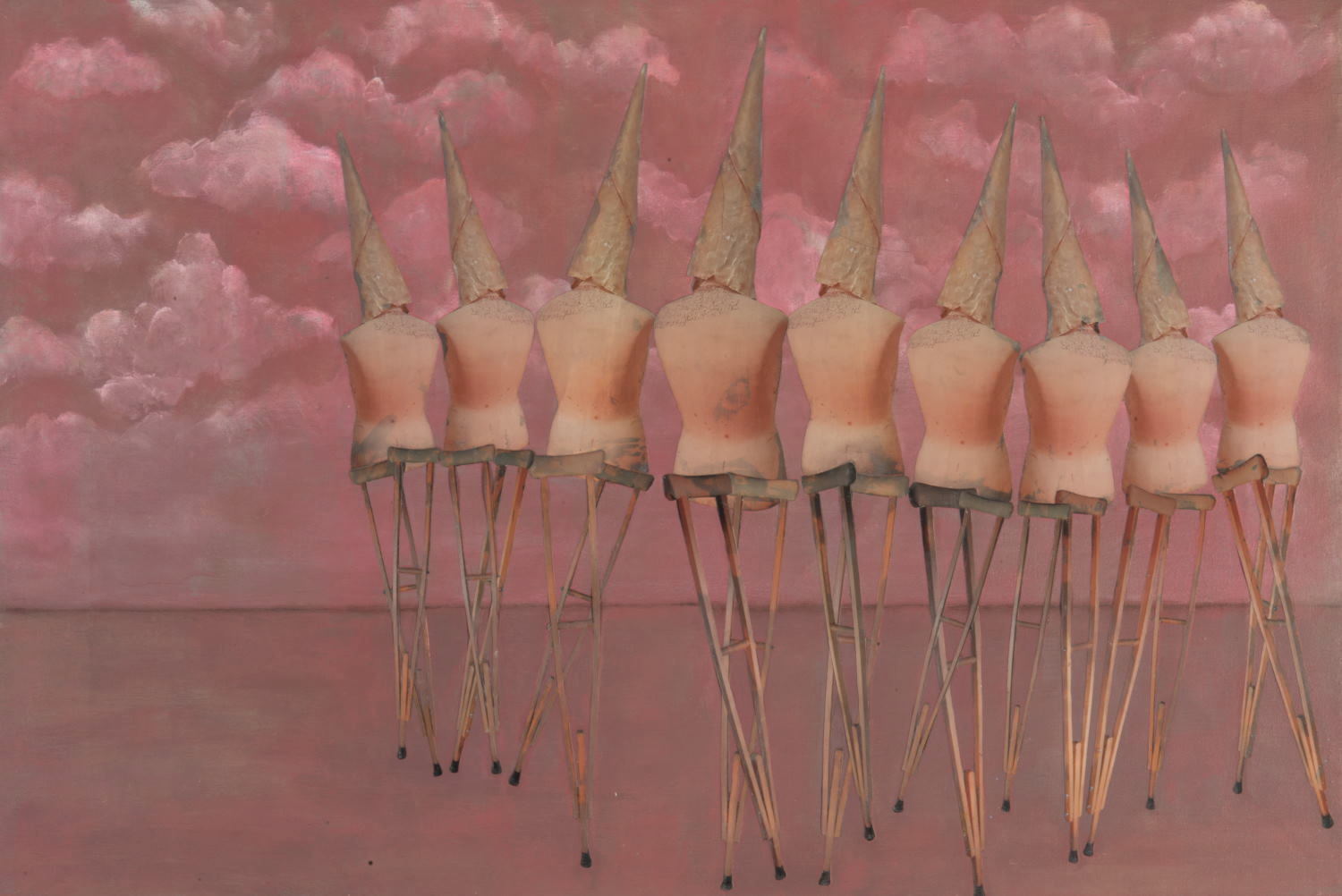 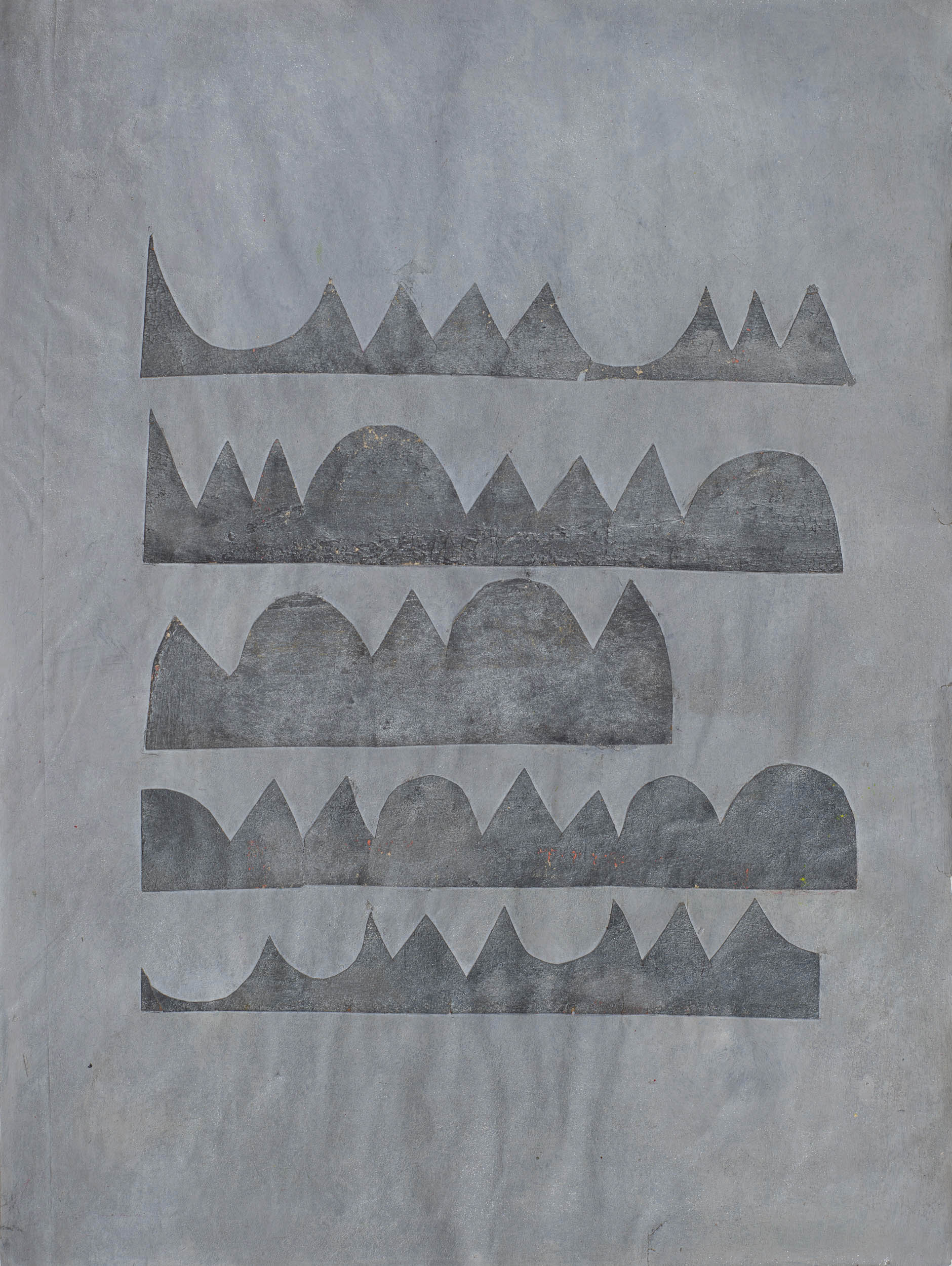 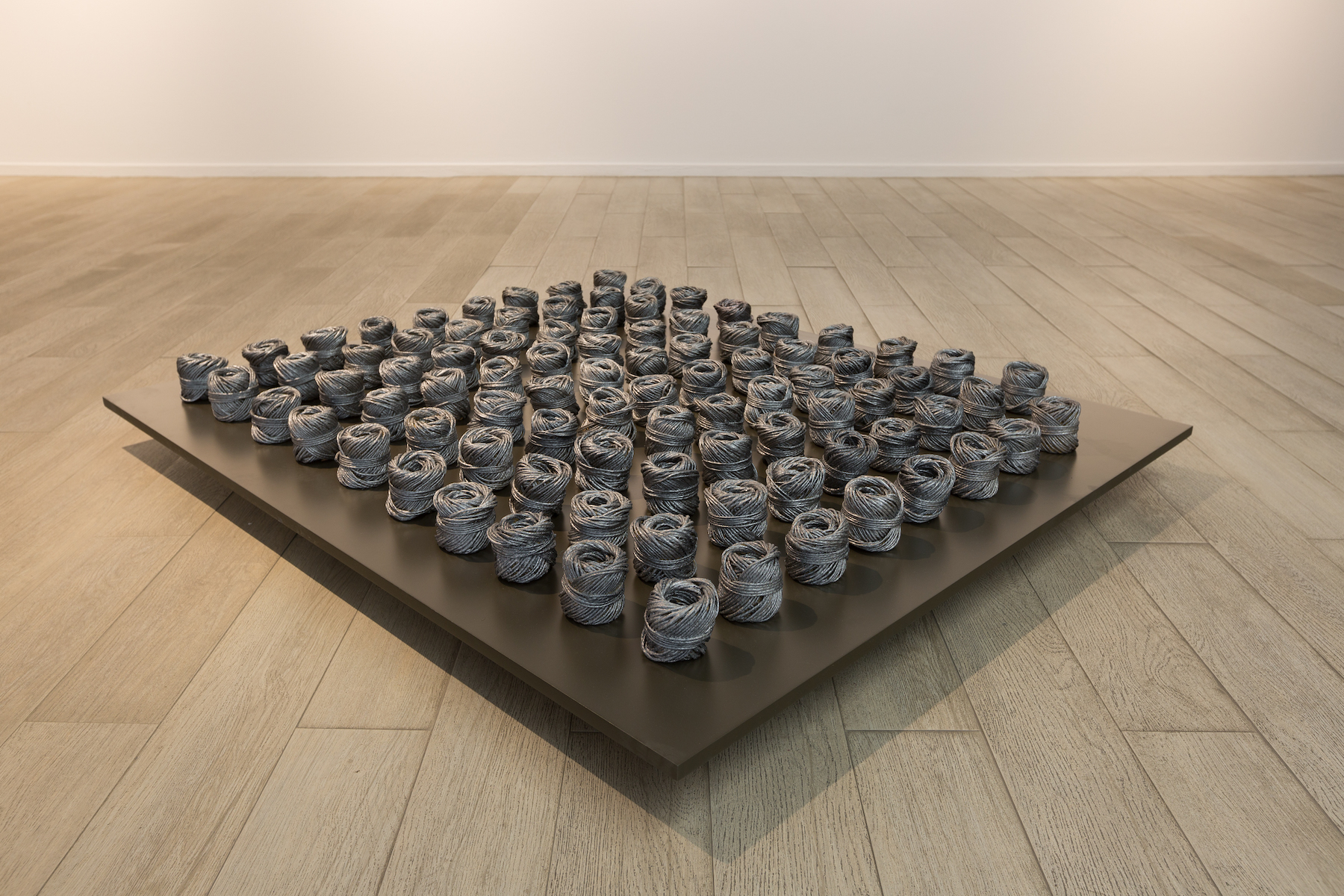 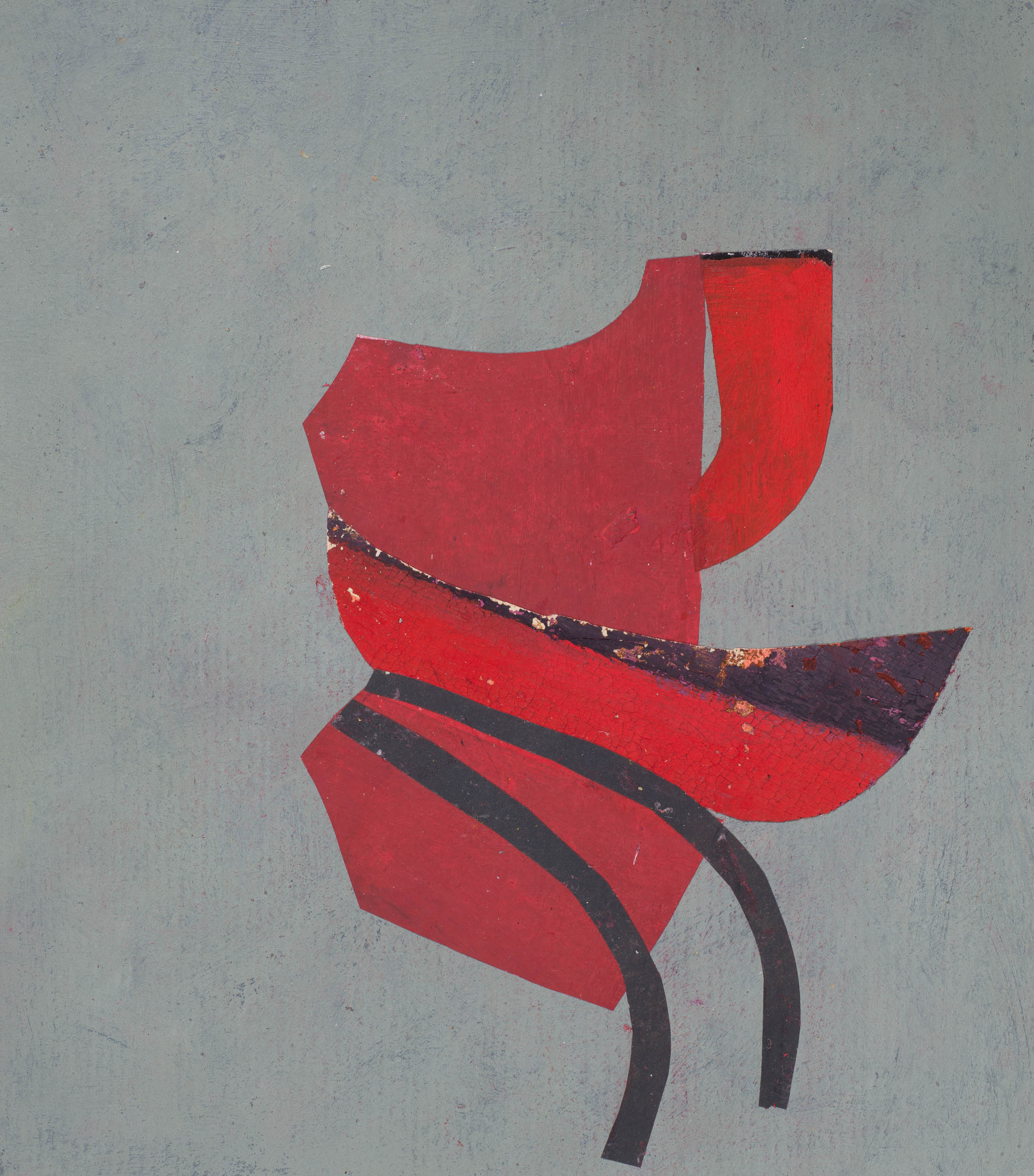 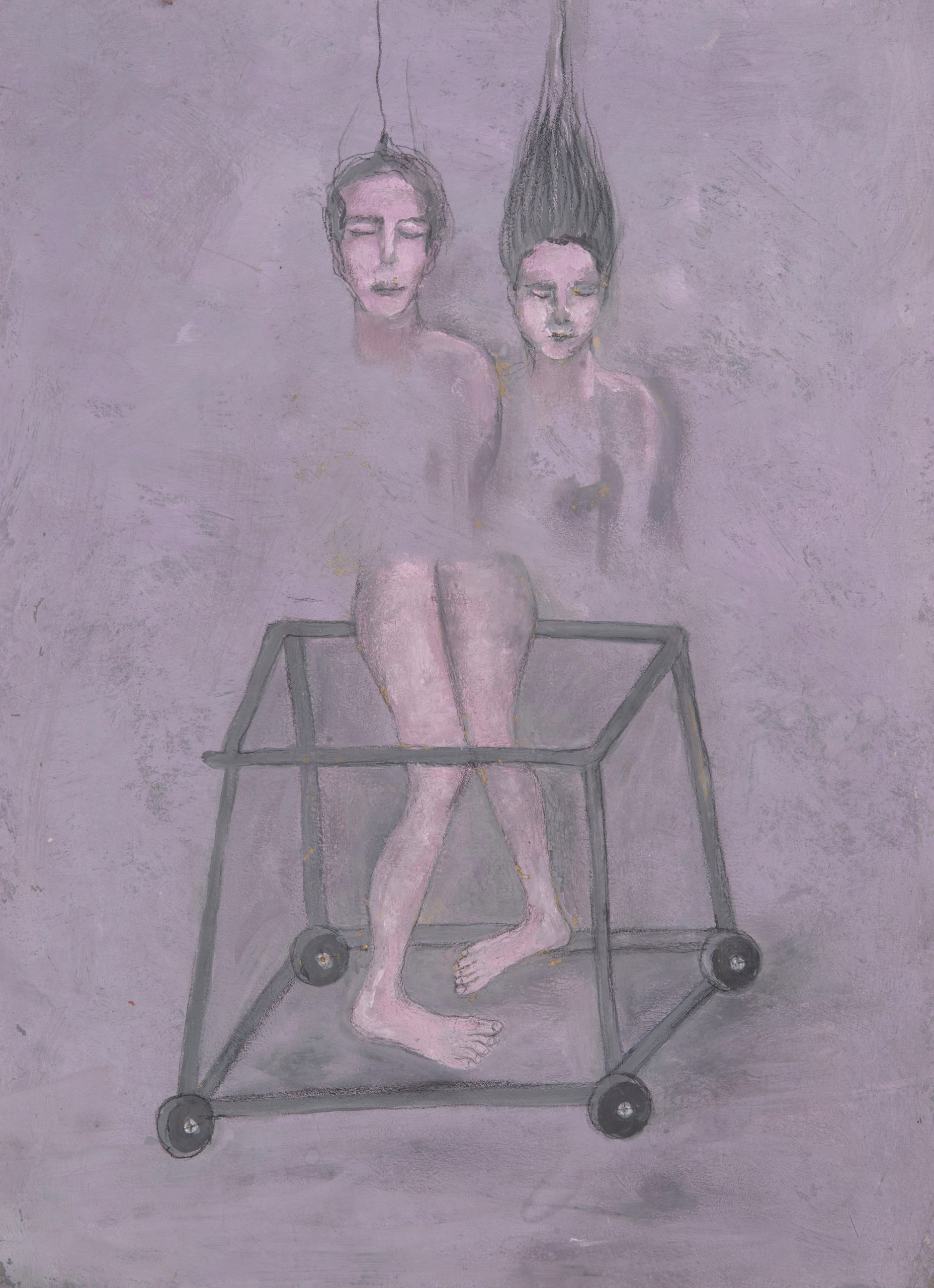 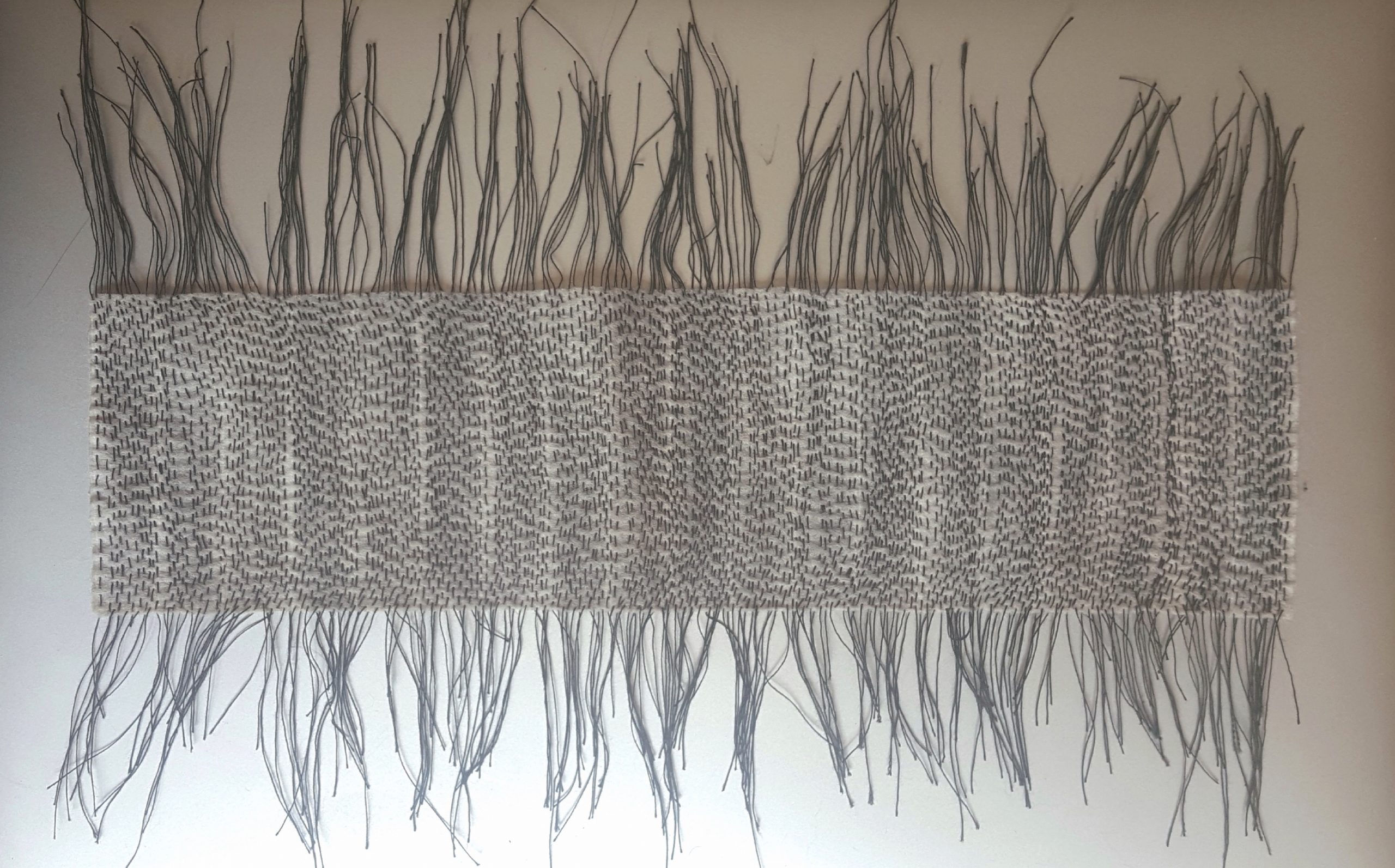 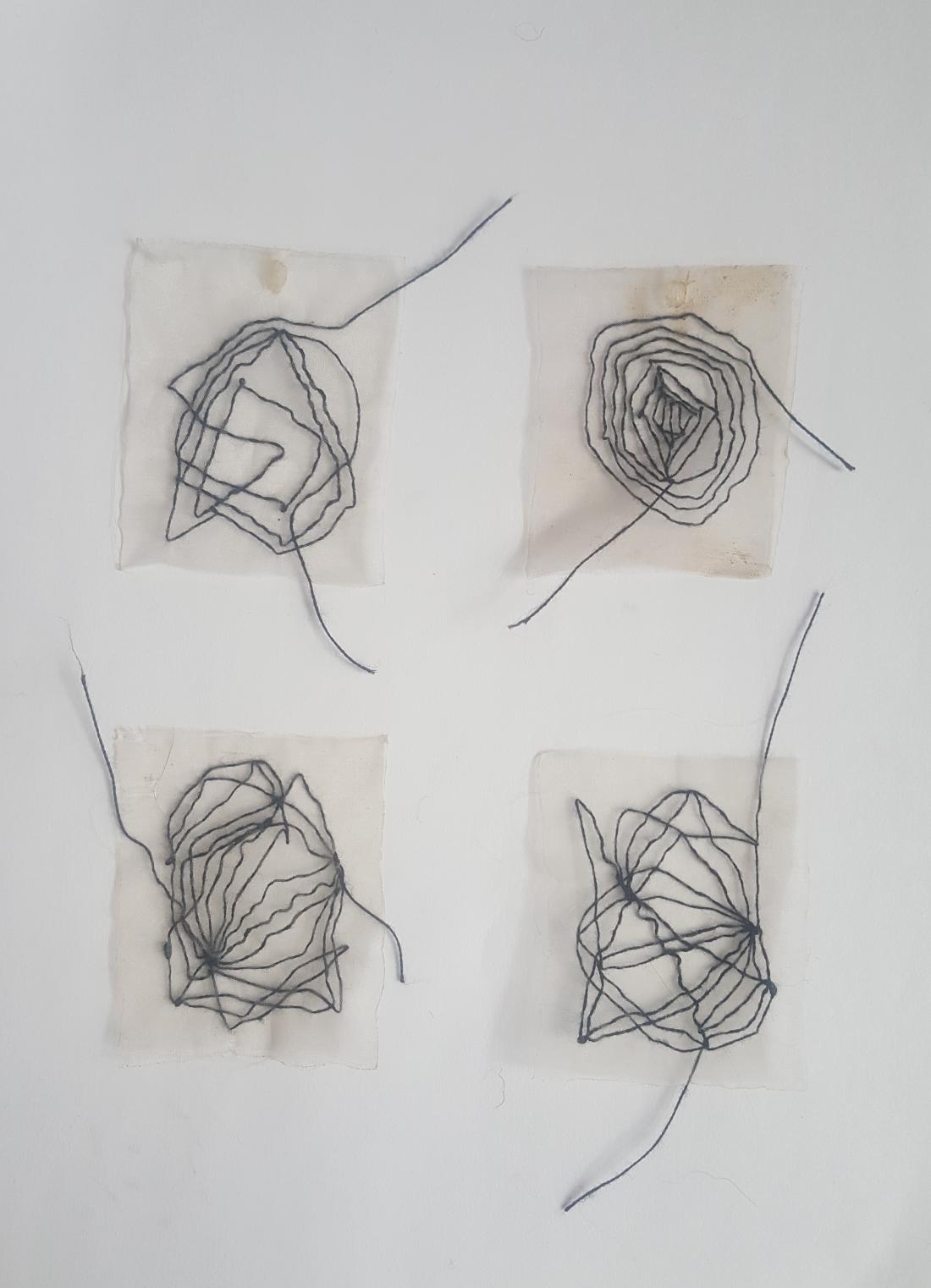 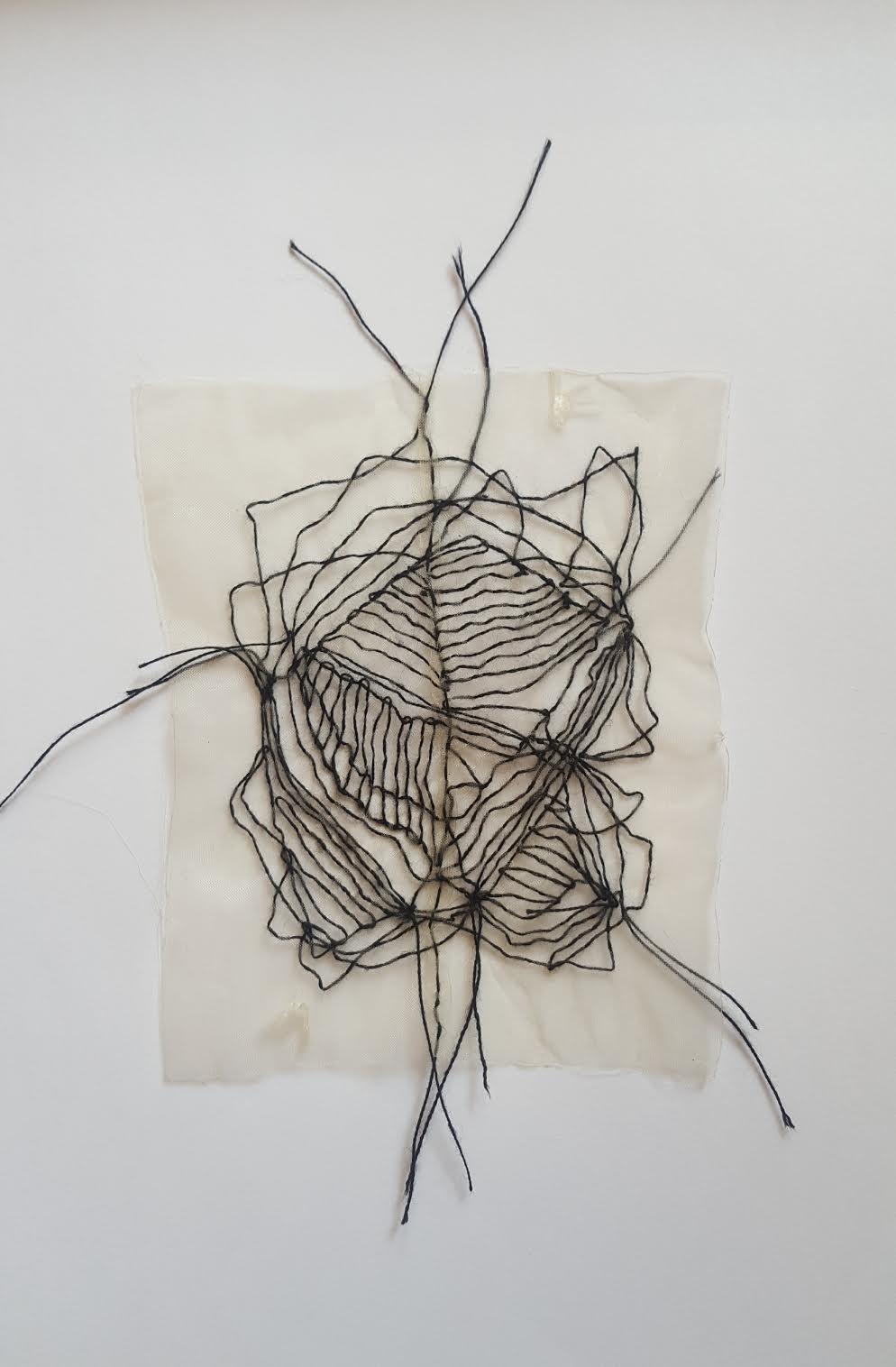 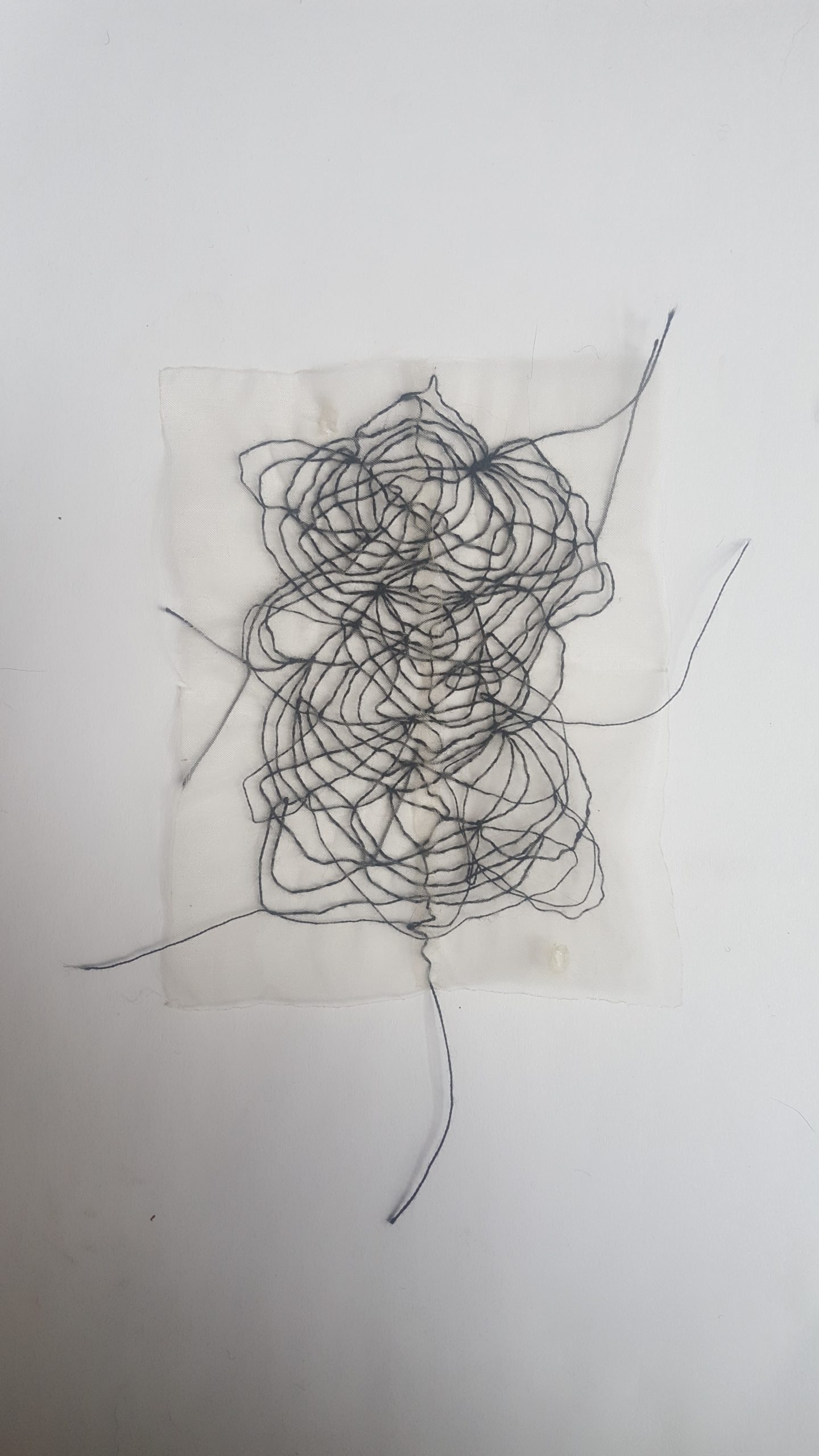 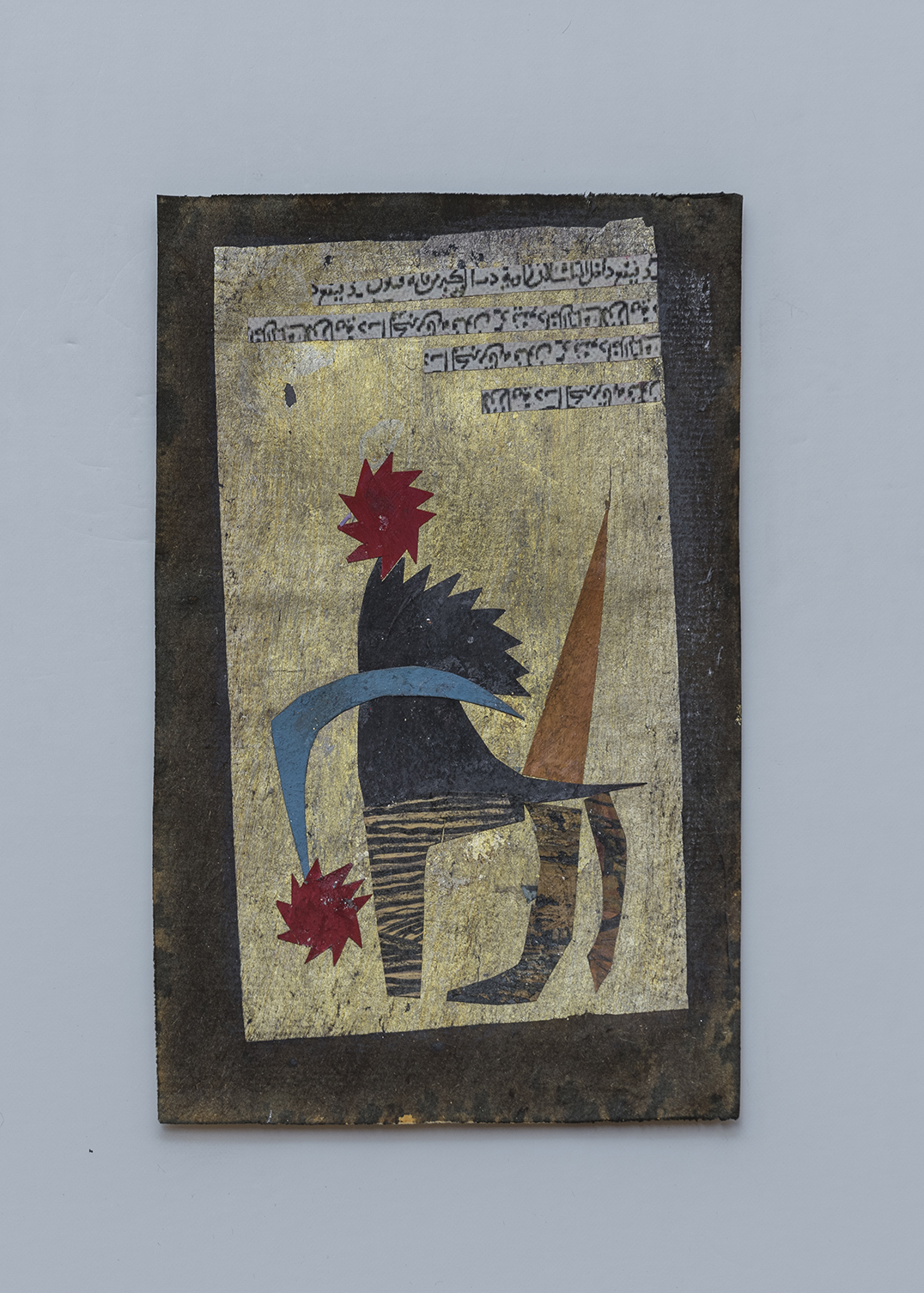 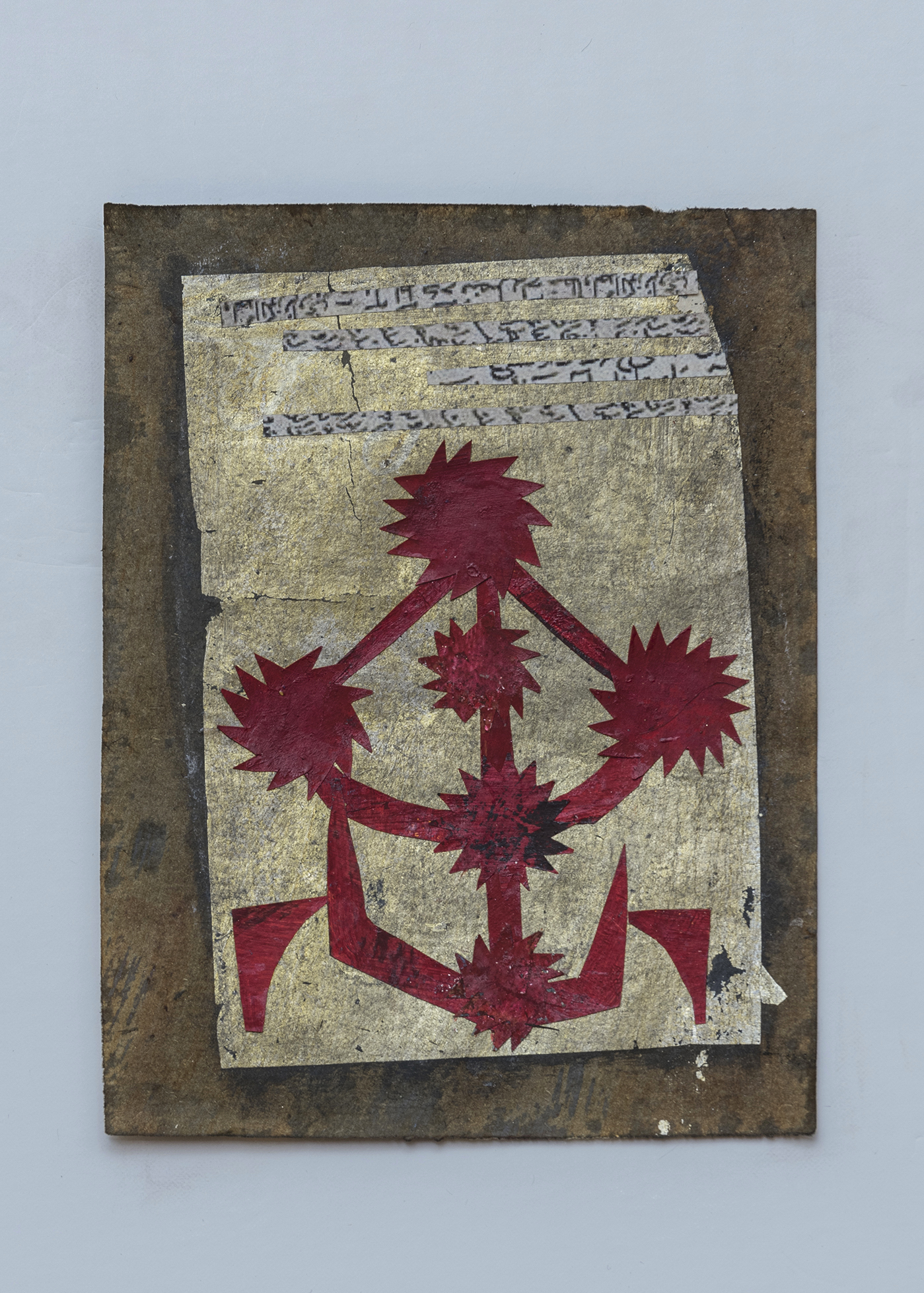 ArteEast: What has your practice/ career focused on during the past 5 years?

Huda Lutfi: The last 5 years reflect an important turn in my art practice, shifting from chronicling the exterior world of urban culture and its politics to chronicling the interior, and its parallel psychological states.

My practice has been highly receptive to the political climate surrounding us, however in my more recent works I have chosen to take a quieter narrative. The post 2011 events in Egypt triggered a plethora of political expressions among activists, artists and cultural practitioners. In this respect, my series entitled Cut and Paste (2013) may be regarded as an attempt to capture those political moments and moods that are edited out of traditional historical narratives,  as  well as a rehashing of a lived experience.

Moving away from issues of a sensitive political climate, in 2016 I worked on my series entitled: Magnetic Bodies, Imaging the Urban, in which I focus on the mannequin culture of downtown Cairo.  Exploring questions of culture and gender politics, stories are told through a profusion of feminine bodies; bodies that are at once ornamental, functional, and disposable. Exploring links between power dynamics and the aesthetic, the magnetic repetition of these mannequin bodies normalizes their literal nature.

In my Still series which I worked on in 2017 and 2018, my reactions to a highly contentious political environment takes on a tranquil narrative.  For me, it was like a moment of stillness had come upon the city in which I live, allowing for a prolonged process of personal introspection.

In this series my familiar collage and painting techniques offer different visual and conceptual answers. Still is comprised of collage works that I regard as paper sculptures, as well as a group of sculptures made of thread, leather, brass and wood. Using recycled material and my own discarded paper artwork, each collage piece is a frame housing abstract, minimalist compositions of paper that are cut and layered in relationship with one another.

Concurrently with my Still series, I was working on the theme of death and dreams, a series of works completed in 2019 and entitled When Dreams Call for Silence. Feeling isolated and frustrated in a climate of political and cultural apathy, I, along with a group of Cairene artists, decided to get together and schedule a meeting to talk about notions of death and dreams. Reflecting on the emotional state that we were experiencing, these meetings gave me sufficient impetus to work and delve into an intimate space I have not worked on before. It was not easy to explore such themes, however  the images came out spontaneously, out of a deeper state of consciousness.

Instead of the outside world of the city and its urban culture and politics, these works reveal a world of the subliminal and the intimate. The drawings and paintings, sculptures, installations and video extend my aesthetic and conceptual sensibility in different directions. The notions of passage and ritual are threaded through the images, portrayed as processions and acts of absence, carrying the idea of crossing from one state to another; be it from a state of anxiety to a state of peace, or from life to the stillness of death.

At the moment, I have been working on two series. Healing Devices are inspired by the work of the 12th century engineer and craftsman, Ismail al-Jazari, who composed a book of illustrations on mechanical devices. This new series of paper works represents an attempt to enter zones of unvisited historical memory. While doing earlier  research on medicinal manuscripts I was fortunate to discover al-Jazari’s manuscript. In this series, I take his devices a step further, creating a series of imaginary healing devices and textual formulas which negotiate notions of inner healing and reparation. In the face of subjective states of constraints and anxiety, the actual making of these devices brings about not only emotional relief, but also an open and playful process spurred on by the surprises of experimentation. The rustic and layered color schemes of the works invoke palimpsest traces, a mode of knowledge that may inspire the present.

The second series I am working on is entitled Meandering of a Black Thread. This work in progress is made of recycled tea bags and car filter fabric. My choice to trail the meandering of a black thread allows for a more open visual and mental language. Each completed piece reveals a random form, an unconscious emotional or mental state. The option of creating small scale stitched pieces alludes to a state of fragility, angst and intimacy, calling the viewer to engage more closely with the work. Challenging mainstream aesthetic ideas of monumentalism, these stitched drawings opt for an economy of material, gesture and form.

The question comes to mind, shifting from the figurative to the abstract I have been wondering whether I will go back to reflecting on the outside world, or whether I will stay in the quieter world of the intimate. An escape or an obsession?

AE: How, if at all, have you been making use of this time of self-isolation? Have there been any creative gains or challenges?

HL: Opting for small works, particularly the stitching and small paper works made it easier for me to work in my home studio. So I consider this to be a creative gain. Even before the Covid-19 isolation, and given the slack art market in Egypt and the global market in general, I have chosen small scale works as my preferred scale. My studio is crowded with works waiting to be shown, which takes more and more of my studio space.

AE: What have you given thought to doing or creating once the global pandemic subsides?

HL: I work day to day, I already have a large backlog of works, so what I am hoping for is how and where to show them. Two shows have already been cancelled, and there is no sign when will the galleries or museums resume their activities. Anyway I am still working on my healing devices and my stitching.

Trained as a cultural historian and, with her second career as an artist, Huda Lutfi
emerged as one of Egypt’s contemporary image-makers. She received her
Doctorate in Islamic Culture and History from McGill University, Montreal,
Canada (1983), and has been teaching at the American University in Cairo until
2010. Drawing upon the historical, cultural and local experiences of her society,
Lutfi began exhibiting her art work in the mid 1990s. She has exhibited locally and
internationally in both international galleries and museums: Alexandria, Cairo,
Paris, Marseille, London, The Hague, Frankfurt, Bonn, Vienna, Thessalonika,
Singapore, Virginia, Texas, Ohio, Dakar, Bamako, Tunisia, Bahrain and Dubai.
Lutfi currently lives and works in Cairo.