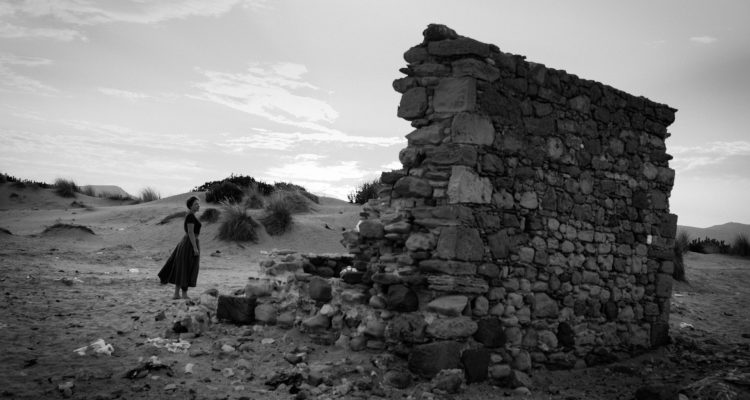 ArteEast is pleased to present an interview with artist Larissa Araz as part of our Artist Spotlight series.

Larissa Araz (Istanbul, 1990)  focuses on alternative histories, non-human witnesses, and denied evidences. Through personal narratives she researches traces, ruins, documents, archives, accounts, silences, memories, and imaginaries that are not included in, or are kept hidden from, social memory. Between reality and fiction, she tries to discuss possible futures and unrevealed pasts using mythology and rituals. She uses different mediums in her practice but mainly focuses on text and image-making. She collaborates with different cultural producers such as independent radio stations, local newspapers, sound engineers, graphic designers, perfumers, and so on.

Araz founded Poşe Artist Run Space in April, 2018. Poşe is conceived with an urge to establish a community. It is a physical and mental open-space for those who feel the need for dialogue and critique. Poşe has displayed many exhibitions including solo and group productions along with public programming and other content. 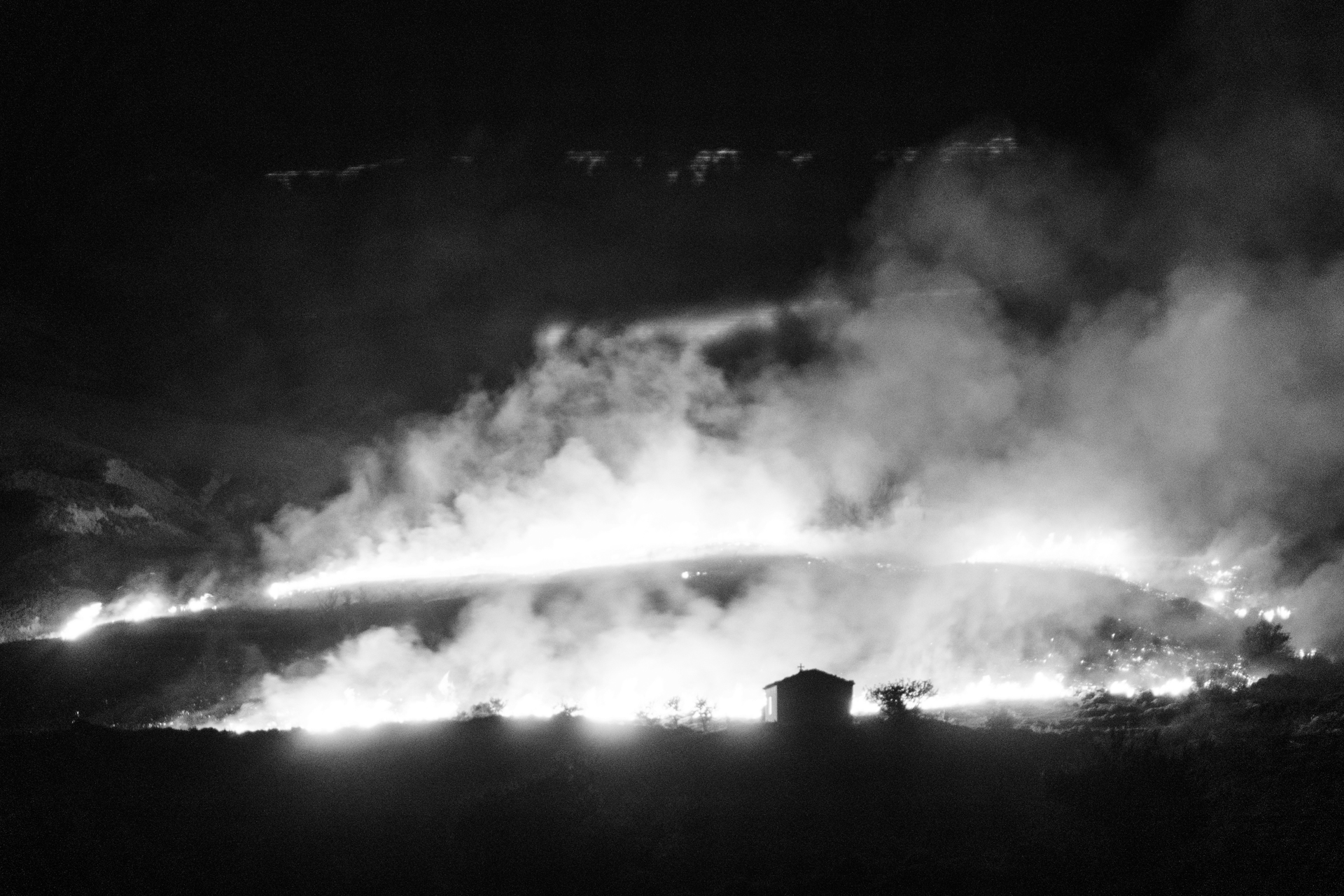 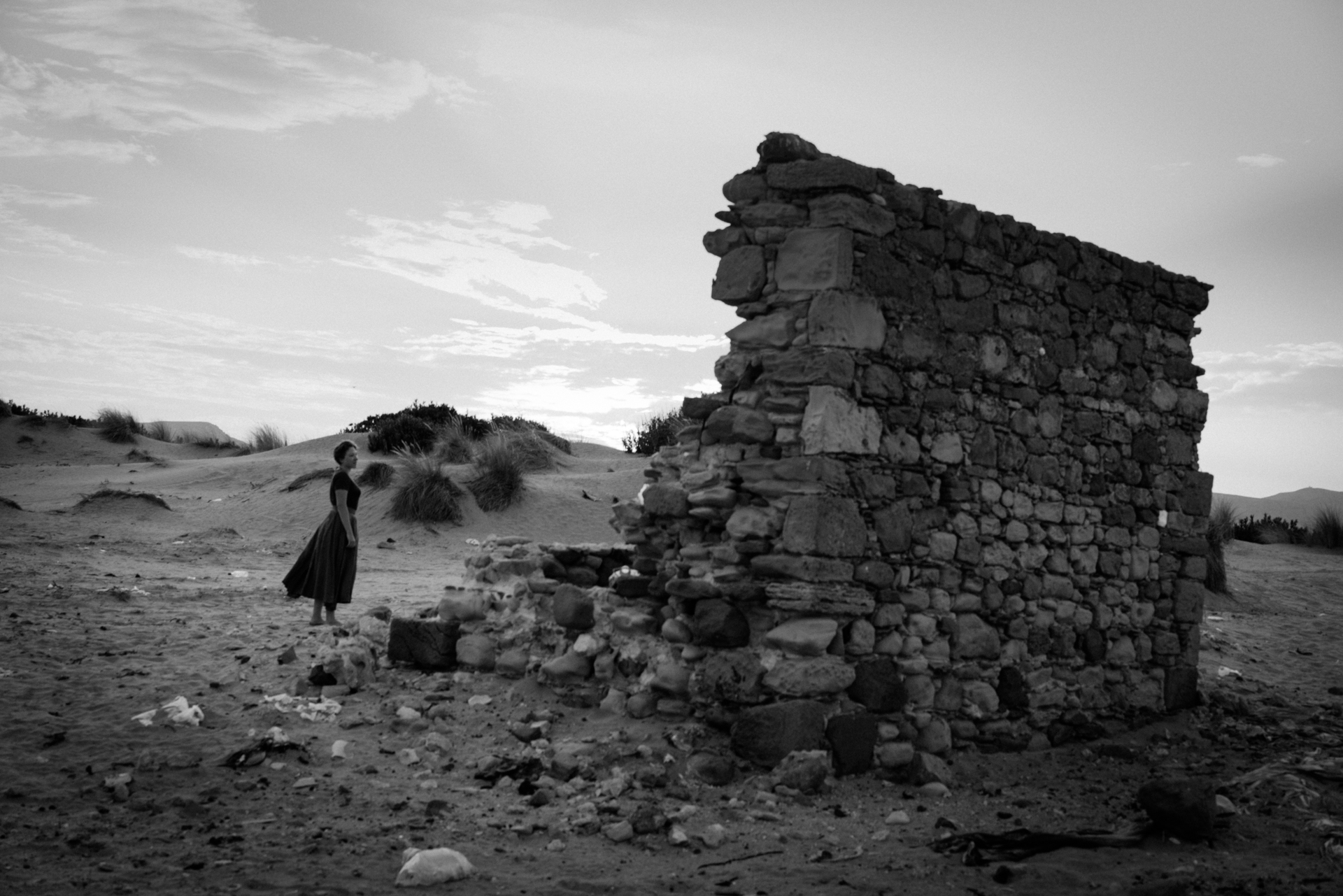 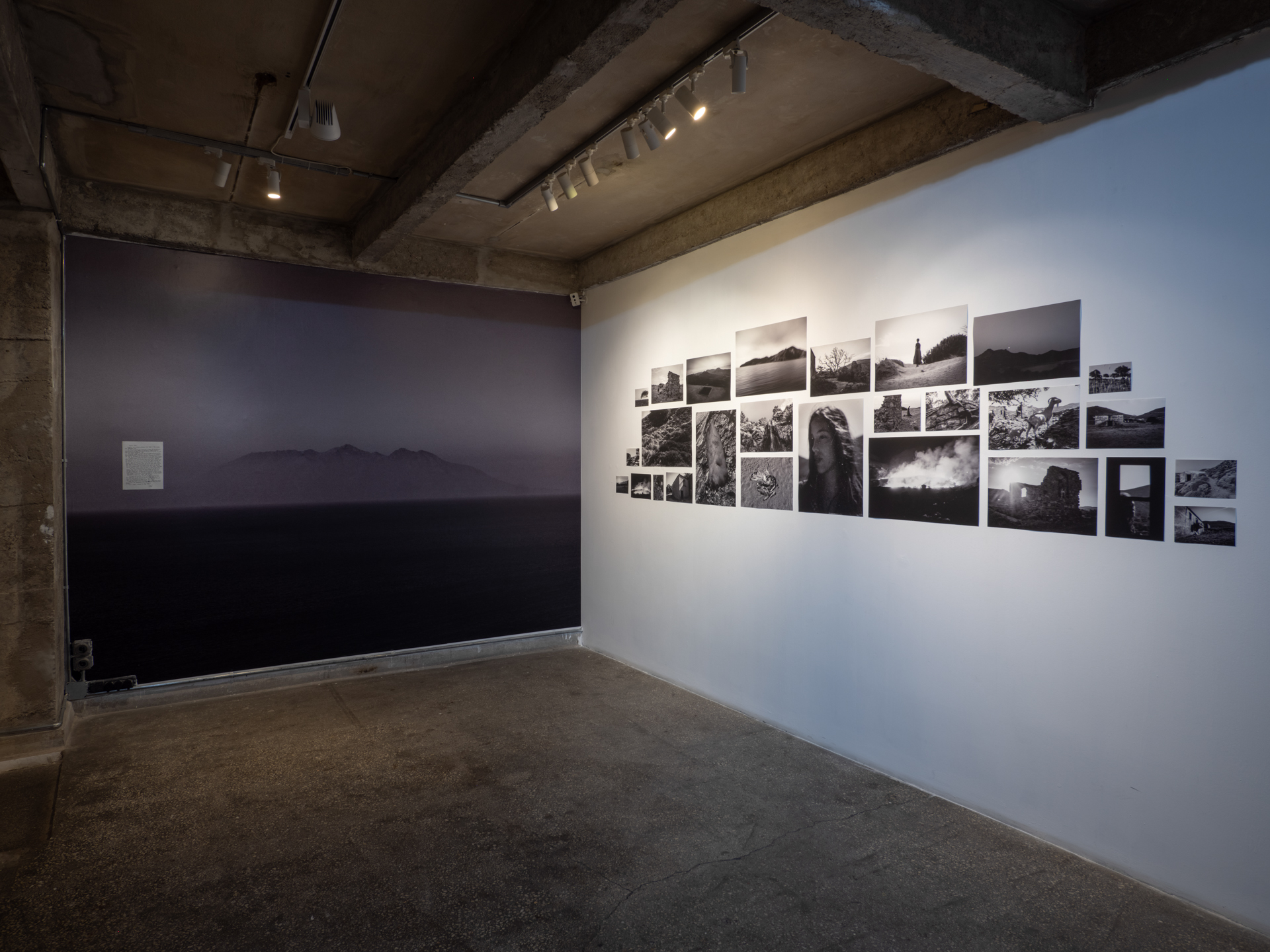 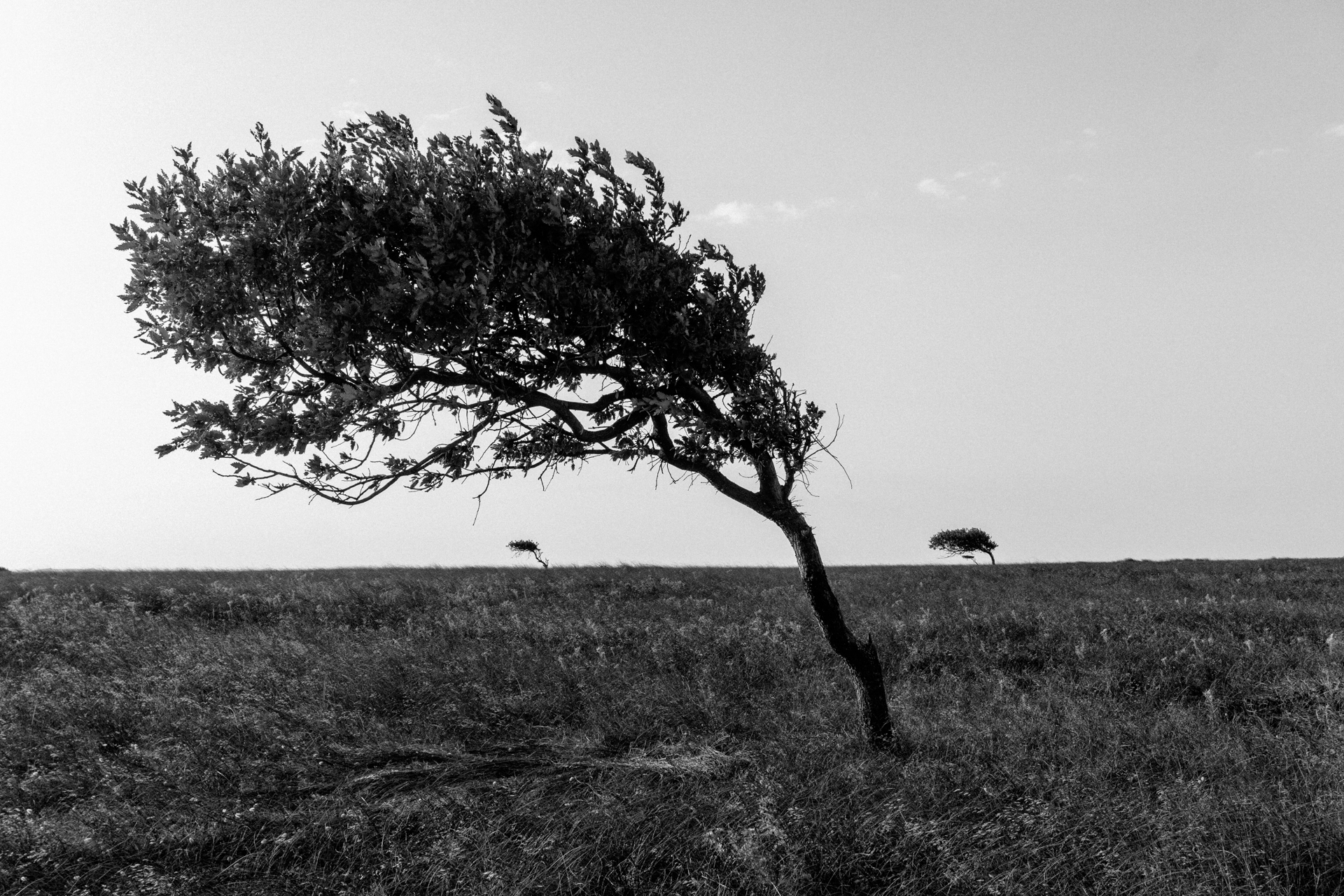 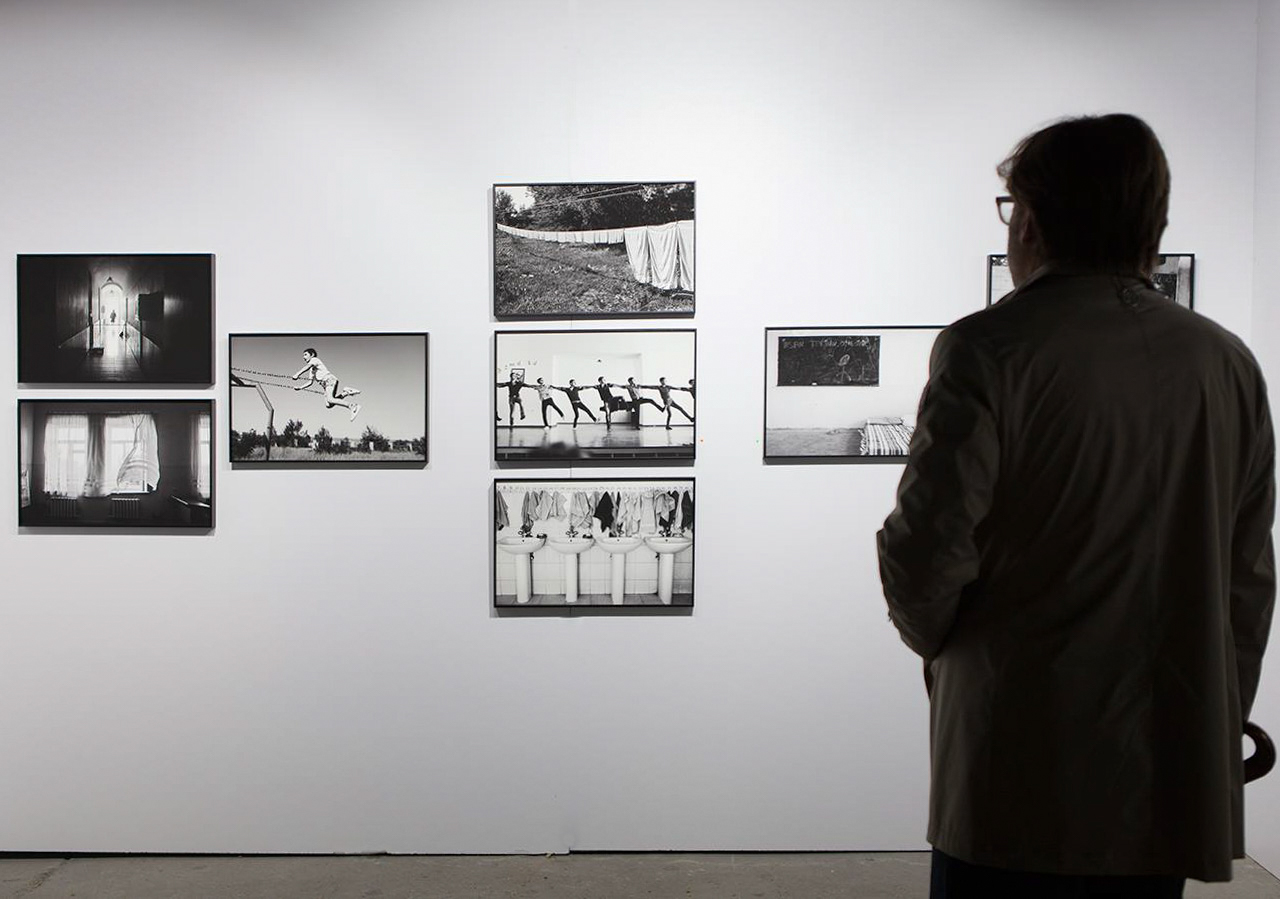 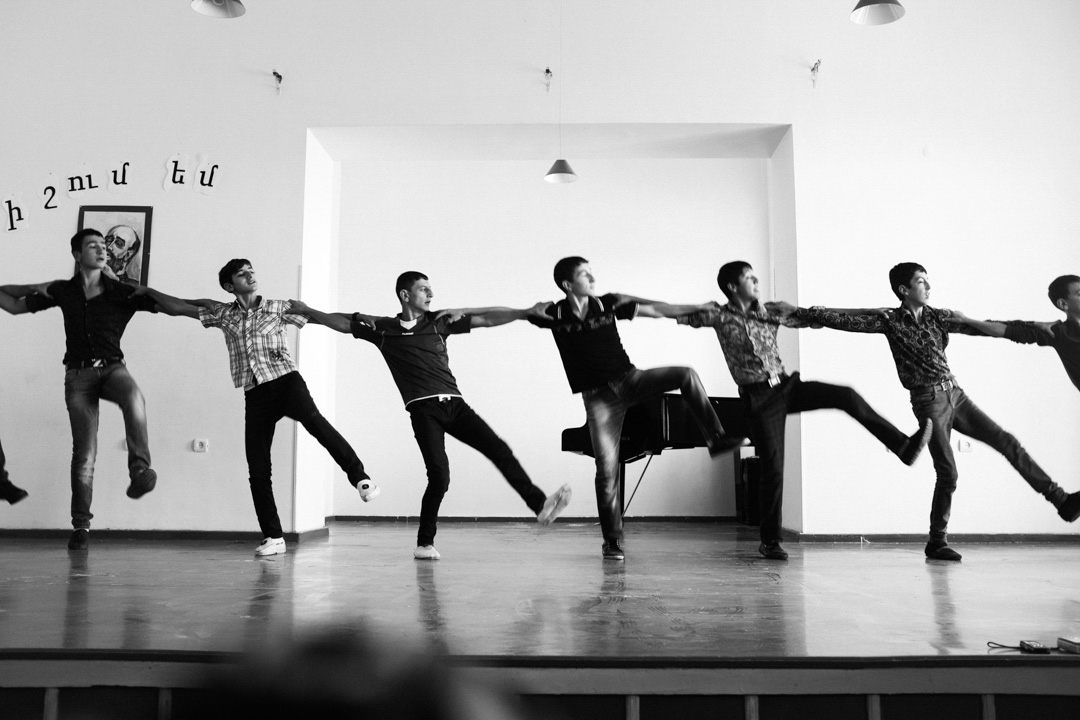 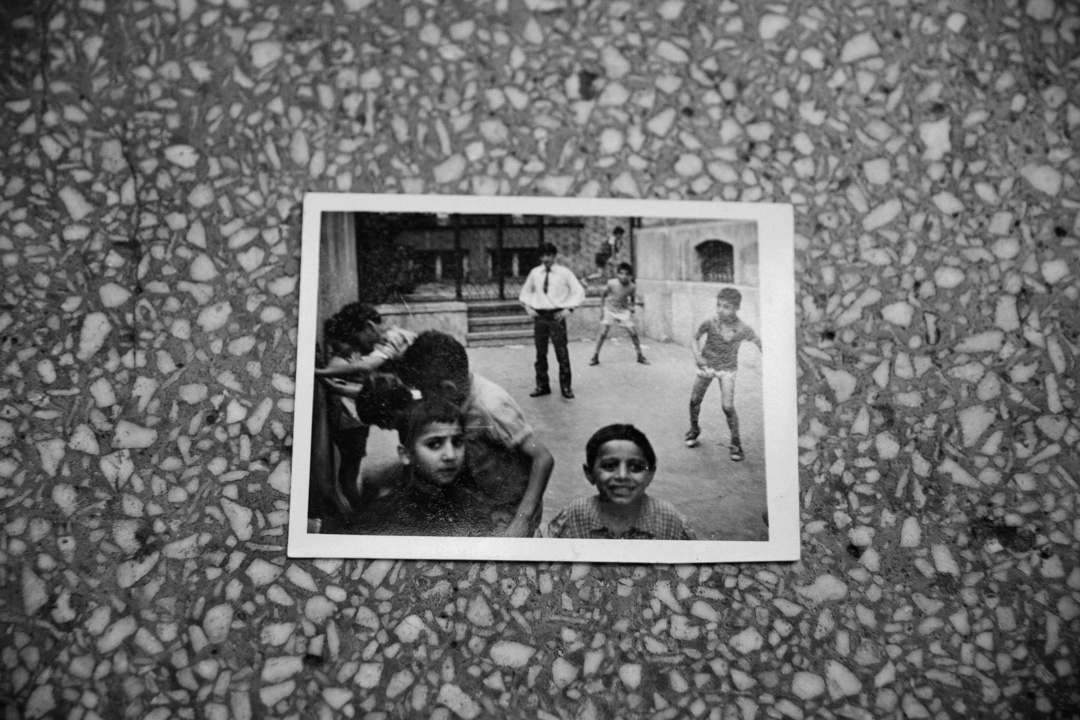 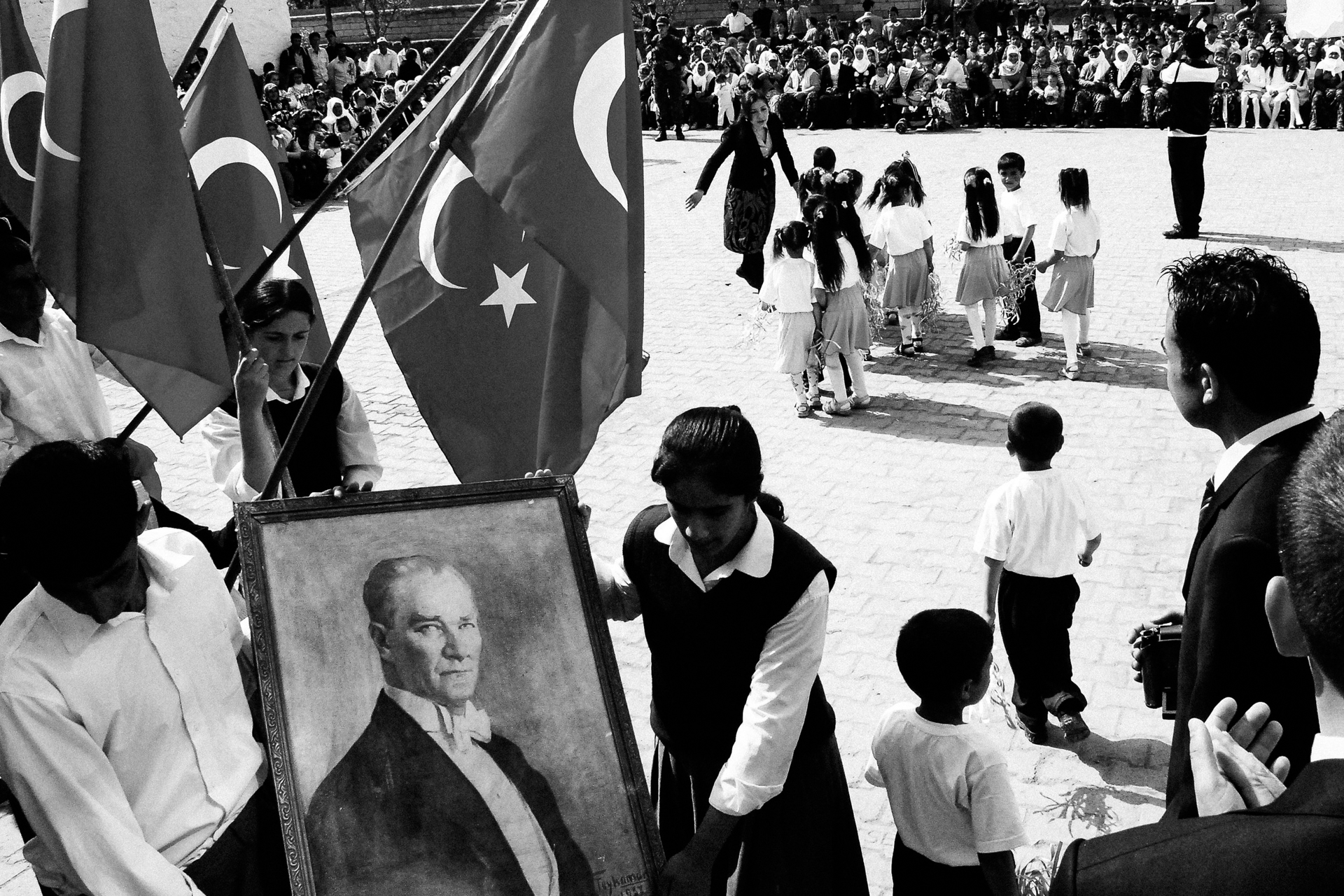 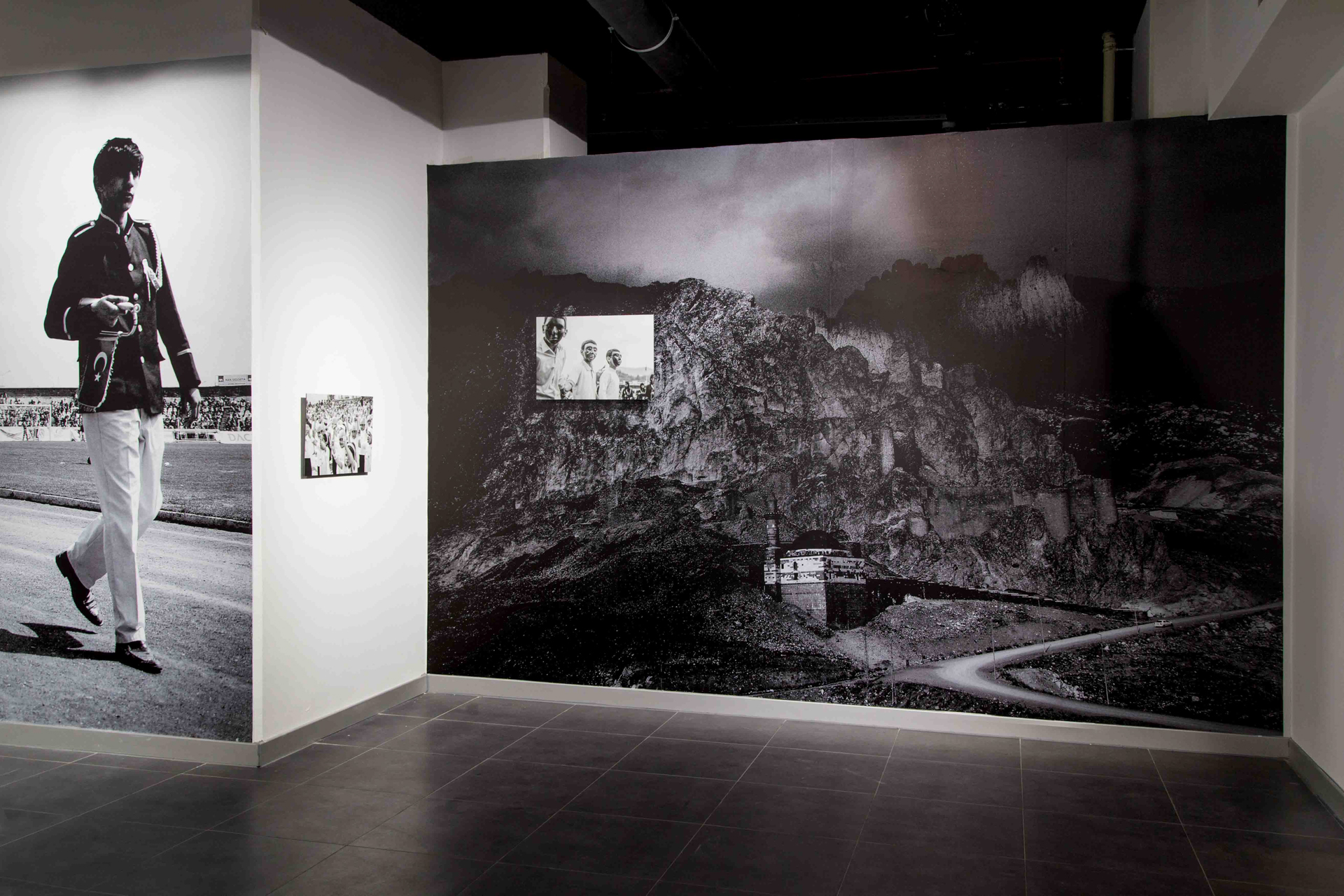 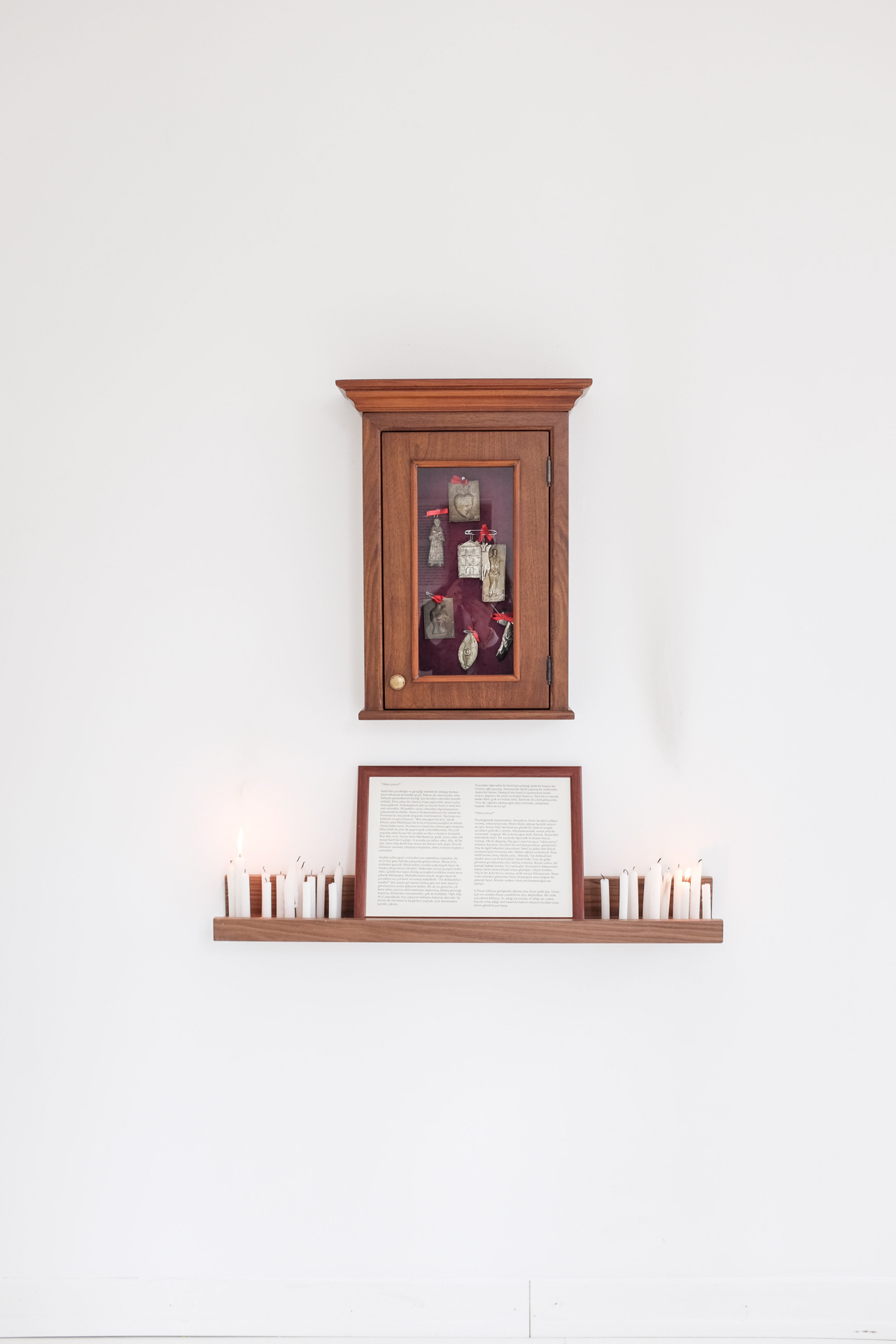 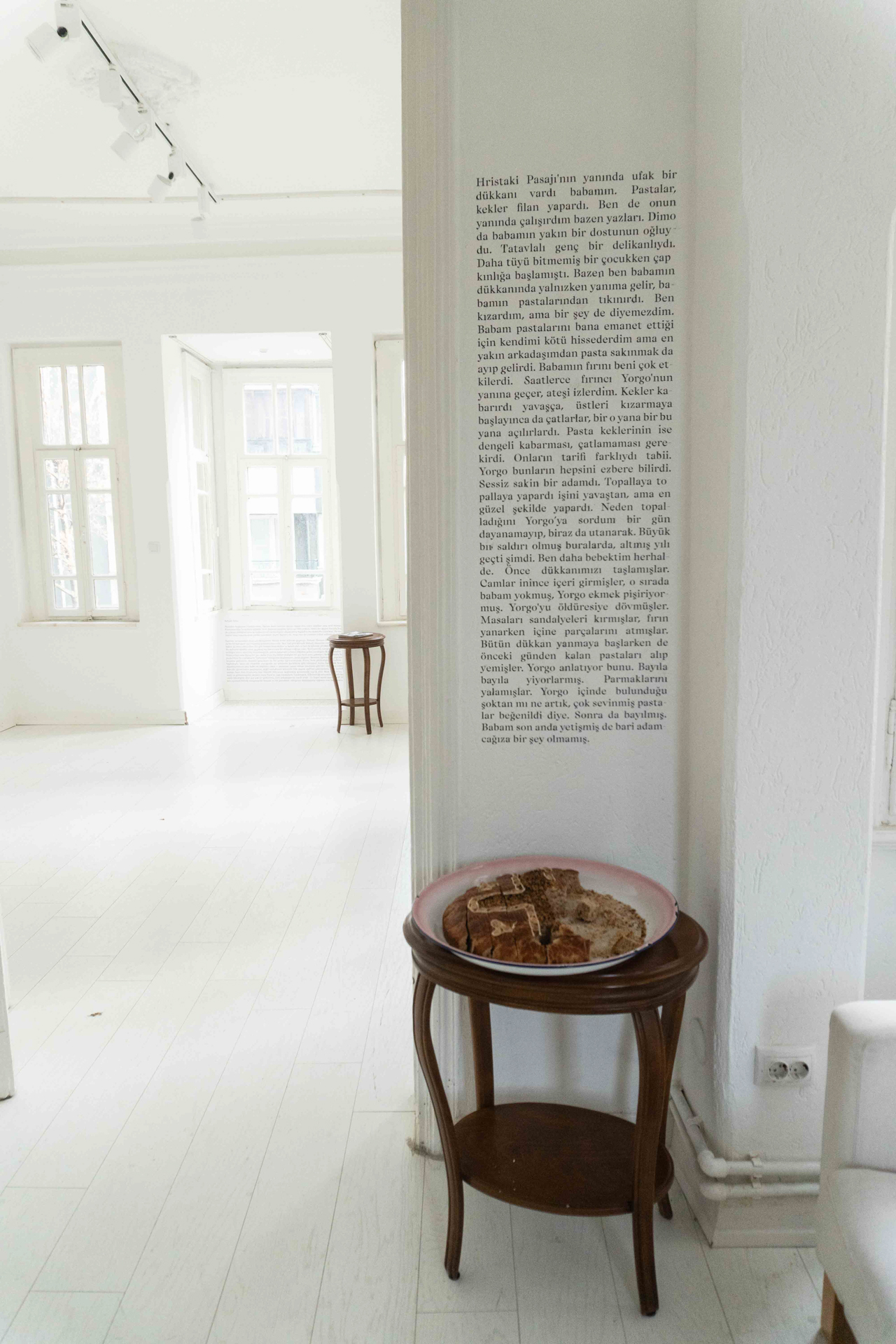 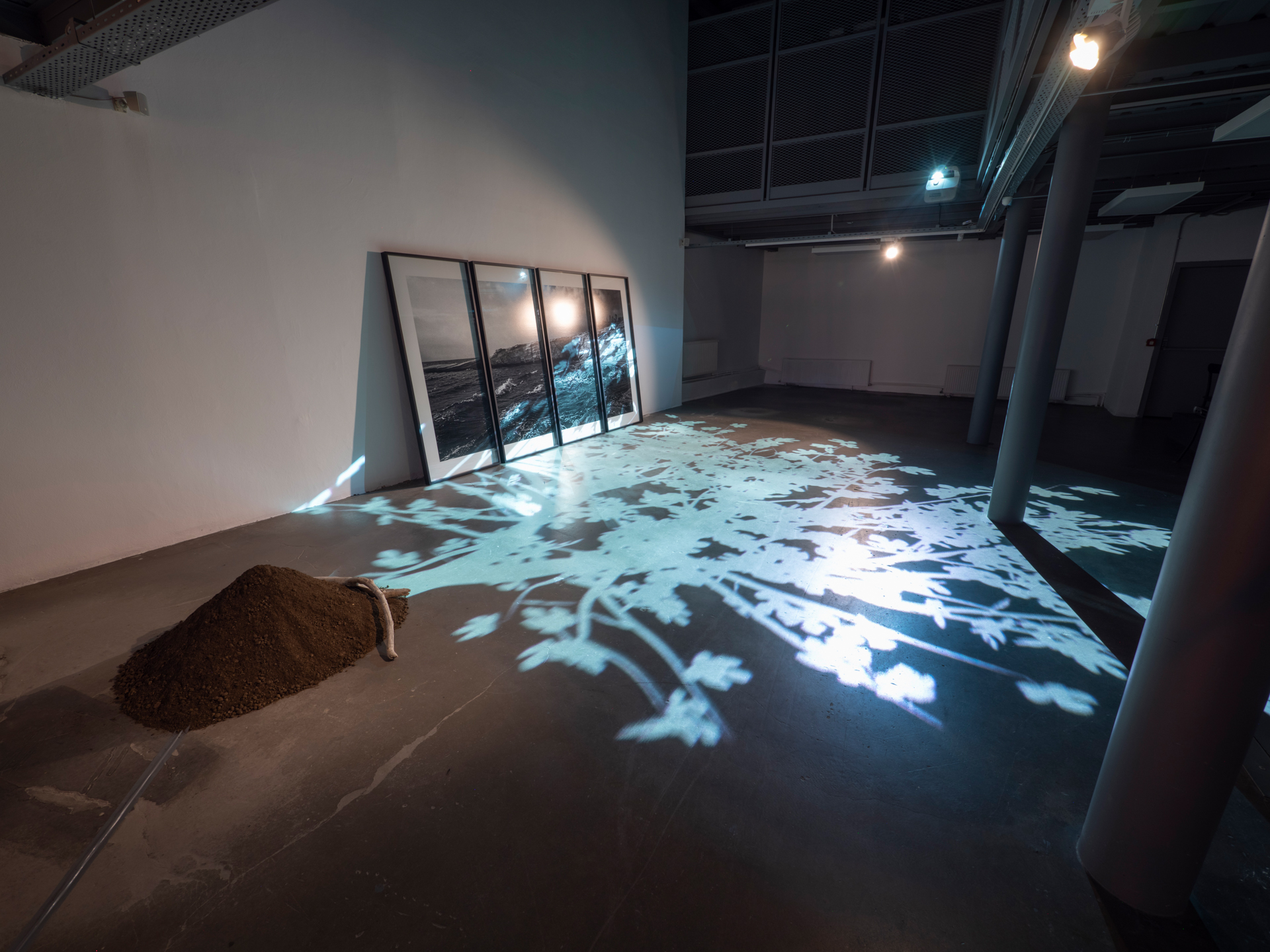 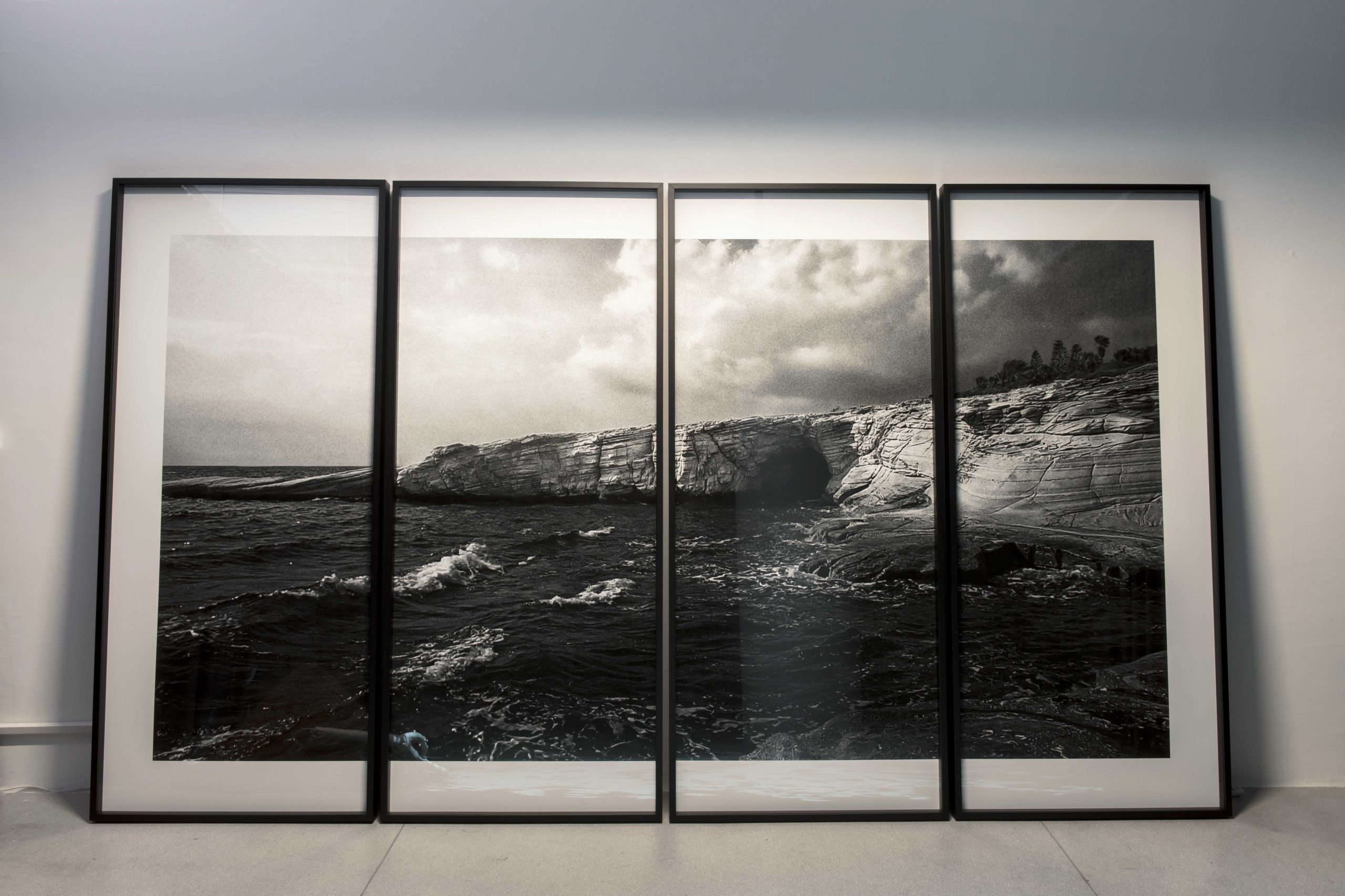 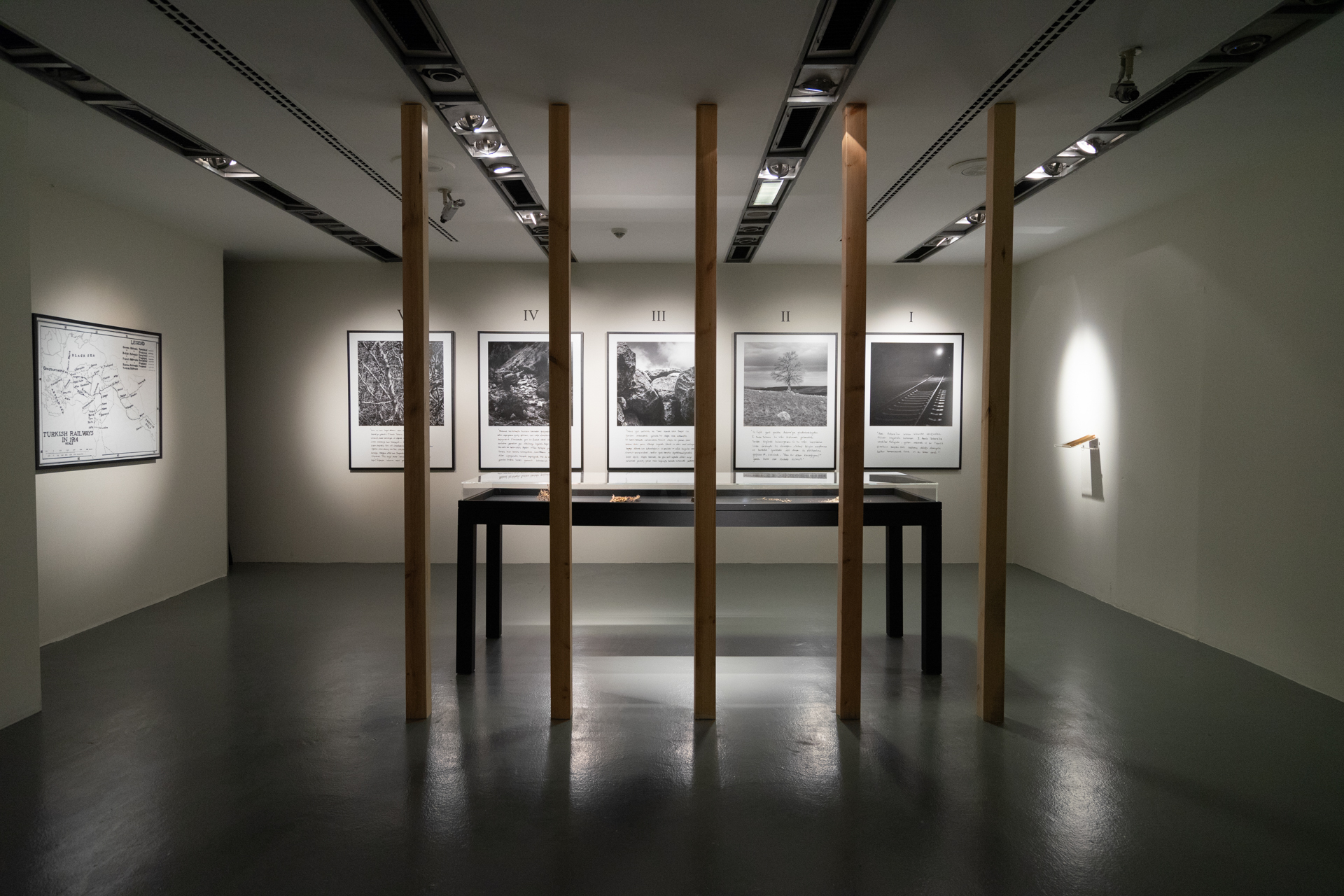 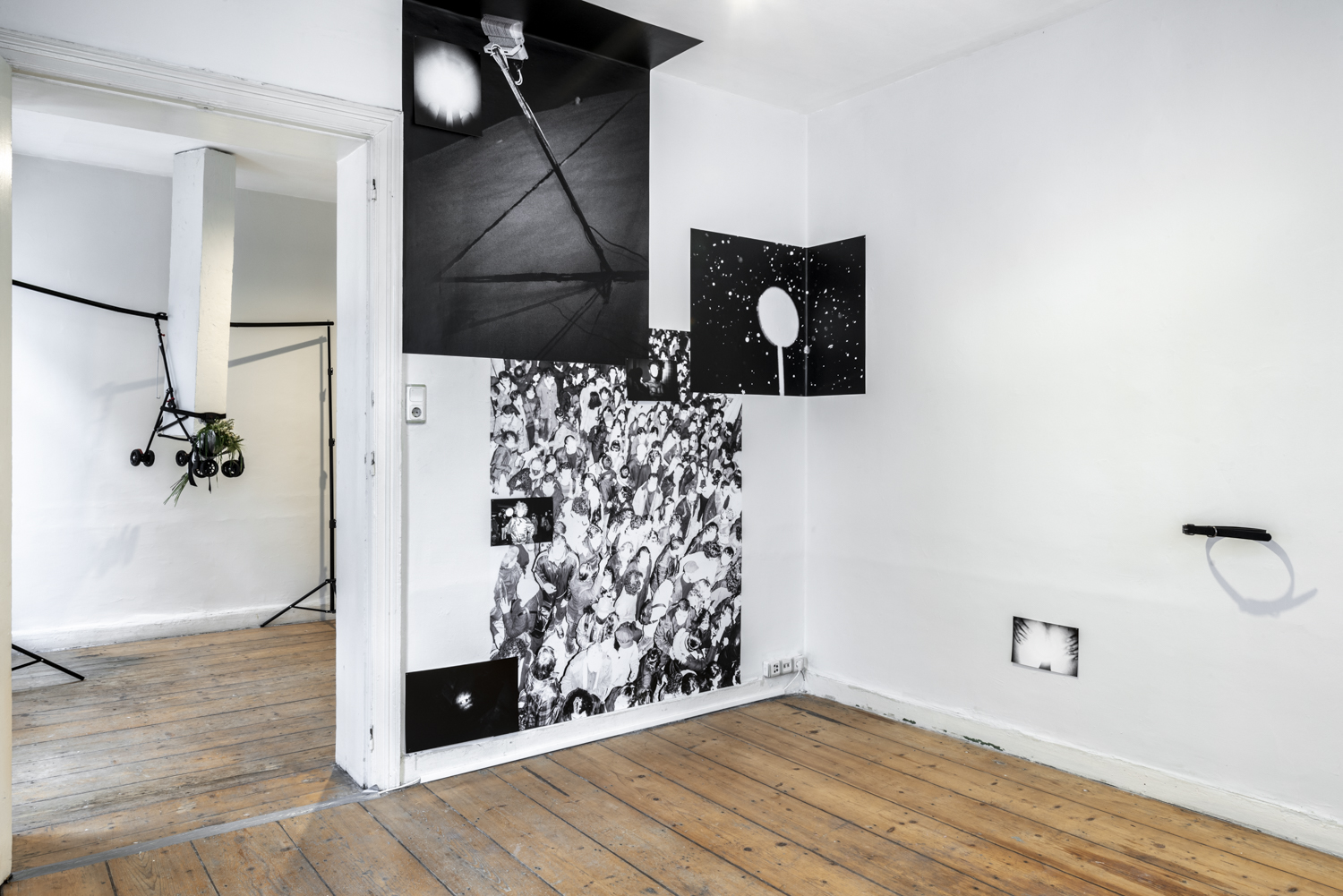 Larissa Araz: Coming from an ethnic minority background (Greek, Armenian and Asyrian) and being born and raised in an amnesic country (Turkey) where archives are hard to reach (or are even nonexistent), and where cultural and historical discrimination is a daily occurrence, I have always been curious about uncovering missing parts of official histories. This is partly due to the lack of my representation in the majority, as well as always being condemned to being part of the minority.

Unconsciously, photography became my primary medium from an early age. Now, when I consciously think over this decision, I realize I have a compulsive addiction to recording and evidence-making. This doesn’t come as a surprise when I think of Turkey’s communal past.

When does a photo become proof? What is the position of the photographer when an image is taken? Who writes History? How is it written? Who decides what to enter in an archive and what does not enter the archive? Is history fiction or non-fiction? What is fiction’s relation with non-fiction? These are some questions I return to in my practice.

I am curious about how that thin line between fiction and non-fiction can be blurred in cases where censorship is an everyday reality and freedom of speech is at stake in countries such as my own. I am trying to find ways and tools to survive amnesia by seeking to record, archive, and re-create an alternative historical or future narrative in my work.

AE: You are a 2021 recipient of the Prince Claus Seed Awards. For which project did you get this award?

LA: I got the award for a project that I am still working on. It is a project about controversial name changes in Turkey. In 2013, the Turkish Ministry of Environment and Forestry revisioned the taxonomic nomenclature of three subspecies. He removed references to Armenia and Kurdistan from within their names and replaced them with a reference to Anatolia instead. These animal names were changed from Vulpes vulpes kurdistanica to Vulpes vulpes, Ovis armeniana to vis orientalis anatolicus and Capreolus capreolus armenius to Capreolus cuprelus capreolus. The officials explained this change as: “Unfortunately there are many other species in Turkey which were named this way with ill intentions. This ill intent is so obvious that even species only found in our country were given names against Turkey’s unity.” Although the rest of the world still uses the original names given to these animals, only Turkey uses the new names they have magically created for them.

I am researching this phenomenon along with an alarming increase in hate speech within Turkish media towards ethnic minorities such as Kurds, Armenians, Greeks, Jews and Syrian immigrants.

AE: What was the impetus to open your nonprofit artist-run space Poşe in 2018? How has your programming shifted during the COVID-19 pandemic?

LA: At the time we opened Poşe in 2018, Turkey was still under a state of emergency after the coup attempt in 2016. A lot of things were changing and there was growing pressure towards cultural workers, cultural spaces, and especially towards academics. Public spaces were shrinking and the economic crisis was only just starting.

We basically needed a space to continue our production, whether it be in the form of a dialogue or artwork; we wanted to act and come together.

That’s why we call Poşe a physical and mental space where different disciplines and forms of experiences, productions, and thinking interact with each other. We wanted to create a safe space where we don’t hesitate to try and fail, learn from each other, and argue that production processes are as important as the final product. Along with short-term exhibitions and public programming, Poşe also conducts long-term research projects.

Poşe has always been responding to an emergency since its inception. However with the arrival of COVID-19, the priorities of the space and program have changed. It somehow becomes more responsive to what is going on politically, environmentally and socially. During the lockdown period the space became a studio space for artists. The first artist who participated in this artist-led studio program was Mochu and he was a resident for 2 months. Throughout the year, we produced the virtual program, Open Seminar Series, which was an exercise in creating a free alternative public study program in cooperation with Istanbul Saint Joseph High School and art writer Murat Alat.

We also hosted 3 exhibitions in the space. The season started with Mark Lotfy and Noor Abed’s experimental film One Night Stand. The film is based on the filmmakers’ actual encounter with an unknown European one night in a bar in Beirut. The stranger was a fighter on his way to join the Kurdish militia fighting in the war against the Islamic State on Syrian territory. The conversation was secretly recorded on a cellphone and serves as the script for animated modeled situations and performative reconstructions of that night. The film is also a formal polemic on the apparent authenticity of documentary and the possibilities of representation of reality by means of simulations and modeled situations.

Later on, we hosted Protocinema’s A Finger for an Eye exhibition. It was a group exhibition featuring artists Baha Görkem Yalım, Cansu Yıldıran, Dorian Sarı and Istanbul Queer Art Collective (Tuna Erdem & Seda Ergul), curated by Alper Turan within Protocinema’s Emerging Curator Series 2021. This exhibition was responding to the ongoing violence materialized in the realm of the visual codes, symbols, and representations of queer existences in Turkey. All of these artists’s works are imbued with a visual language that is both bold and invisible, evolving out of the famed rainbow which has recently become subject to targeting.

We finished the season with Marina Papazyan’s first solo exhibition Haemoglobins & Ants. The show grew out of a text Papazyan wrote which tells the story of the death and second life of a vampire named Mircalla. Blurring the lines between Mircalla and themself, the narrative alternates between Mircalla’s name and M, a reference to the artist’s own first initial. M is presented as a conflicted character who has a claim to the world of the living. Papazyan’s work focuses on “the vampire” as a form of failed death and embodied resentment.

All of the shows were responding to what was going on in Turkey. I believe since COVID, the program has become more reactionary.

AE: Can you talk about your upcoming group show opening at the Istanbul-based non-profit art space, Depo, in March 2022? What will you be exhibiting in this show?

LA: As part of the ongoing project Equal Spaces initiated by the Swedish Institute in Stockholm and the Consulate General in Istanbul, I have been invited to explore the archive at the Women’s Library and Information Center in Istanbul. The hope is to develop art projects which visualize narratives and histories about women and women’s history in Turkey. This initiative also includes 5 other wonderful artists: Ays Alayat, Şafak Şule Kemancı, Elin Stand Ruin, Petra Bauer and Özge Açıkkol.

We have been digging up the visual archive of the library with Petra Bauer for the past few months. Reviewing materials over and over again to understand why these images were selected to be kept within the archive and what these images represent, not only in the past but also in the present. All of the images were collected from vintage stores, auction houses, flea markets and so forth.  The images that we were most drawn to were studio photography images from the early 30s and amateur photos from the late 50s in Turkey. We are currently trying to peel back the layers of desires that were reflected within these images in the archive. We are also trying to deconstruct the desires of the images themselves and in the meantime, not to forget our own desires too. Essentially, we are questioning the constructed images of these women in studios and how they defined the social, political and economical structures that frame the way we look at the subject’s bodily performances in society to this day.

AE: What is the role of censorship and historical reconstructions/revisionism within your practice?

LA: I was brought up in a country where denial culture was and is an everyday reality. When one questions this phenomenon, one can easily understand censorship and historical revisionism’s role in this current constructed reality. I have always been trying to understand the tools which are being used by the hegemonic state to create these fictional realities that are projected onto us. After years of living under censorship I think games, allegories and metaphors have evolved and shifted in their meanings. I suppose I use the same methodologies that surround my day to day reality as a survival instinct. I play the game with the same rules but on my own terms, in other words, with the narratives that I want to shed light on.

LA: Daily newspapers used to be a huge influence for me. I especially paid attention to the vocabulary that was used and the visual narratives they depicted because they were similar to short novella’s but all the wrong representations. I created a few works that were based on how newspapers “function” here in Turkey. Nevermind is a fill-in-the-gaps board game that plays with the language of power that is reflected in the Turkish press. The players are given examples of actual news coverage that contain missing words and they must try to fill in the gaps with the help of a dictionary based on TDK (Turkish Language Institution), which is in itself another biased source. By doing so, the game introduces the wording choices available to aggressors and victims, nevertheless biased towards the side of power and hegemony. Another project, Hope Archive:Letters is a radio broadcast of a compilation of open letters published in Cumhuriyet newspaper addressing its imprisoned journalists between 2015-2017 when there was a letter ban towards incarcerated individuals.

Nowadays, I have shifted more towards literature, especially memoirs and fiction. I am drawn to family histories as well. Most of the time there is a missing part in people’s stories and I am curious to learn what it is or why it is hidden. I am also curious to learn about the relation between the individual’s story in comparison to the community’s story.