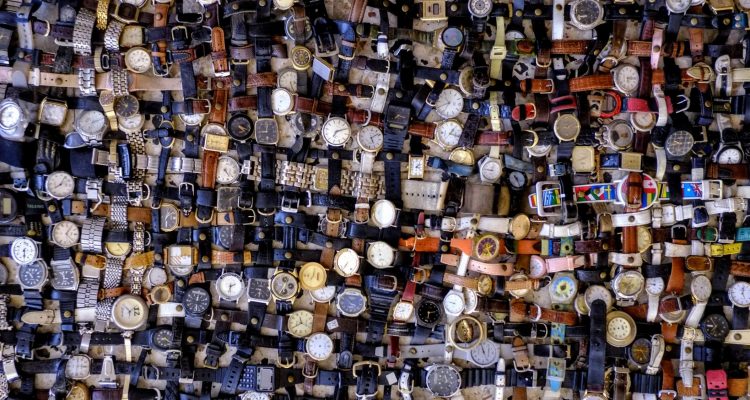 ArteEast is pleased to present an interview with artist Rafram Chaddad as part of our Artist Spotlight.

Born on the island of Djerba off the coast of Tunisia, Rafram Chaddad (b. 1976) is an artist whose photographs, films, and multi-media installations rethink the archive, migration narratives, and what it means to belong. His work makes the familiar strange and the strange familiar.

Chaddad is currently working on Leftovers, a book project investigating how food practices in cities formerly occupied by the Ottoman Empire are inter-connected. The book highlights recipes particular to each place and oral histories around food-making that challenge the nationalization of food and encourage us to approach food as a shared experience.

Working between Tunis and New York, Rafram’s work reflects on his personal life experiences and comments on broader socio-political issues including migration and displacement, identity and belonging. Over the past twenty years, he’s created dozens of short films and installations, which have exhibited worldwide in cultural institutions, galleries, and museums, including: Kunst im Tunnel, Dusseldorf; Kunstraum, New York; Kayu Lucie Fontaine Gallery, Bali; Lucie Fontaine, Milan; ArteEast, New York; Halle 14, Leipzig; and Zalatimo, east Jerusalem. Chaddad has held solo shows at the Mucem Museum in Marseilles and the Maximilian Forum in Munich, among others. 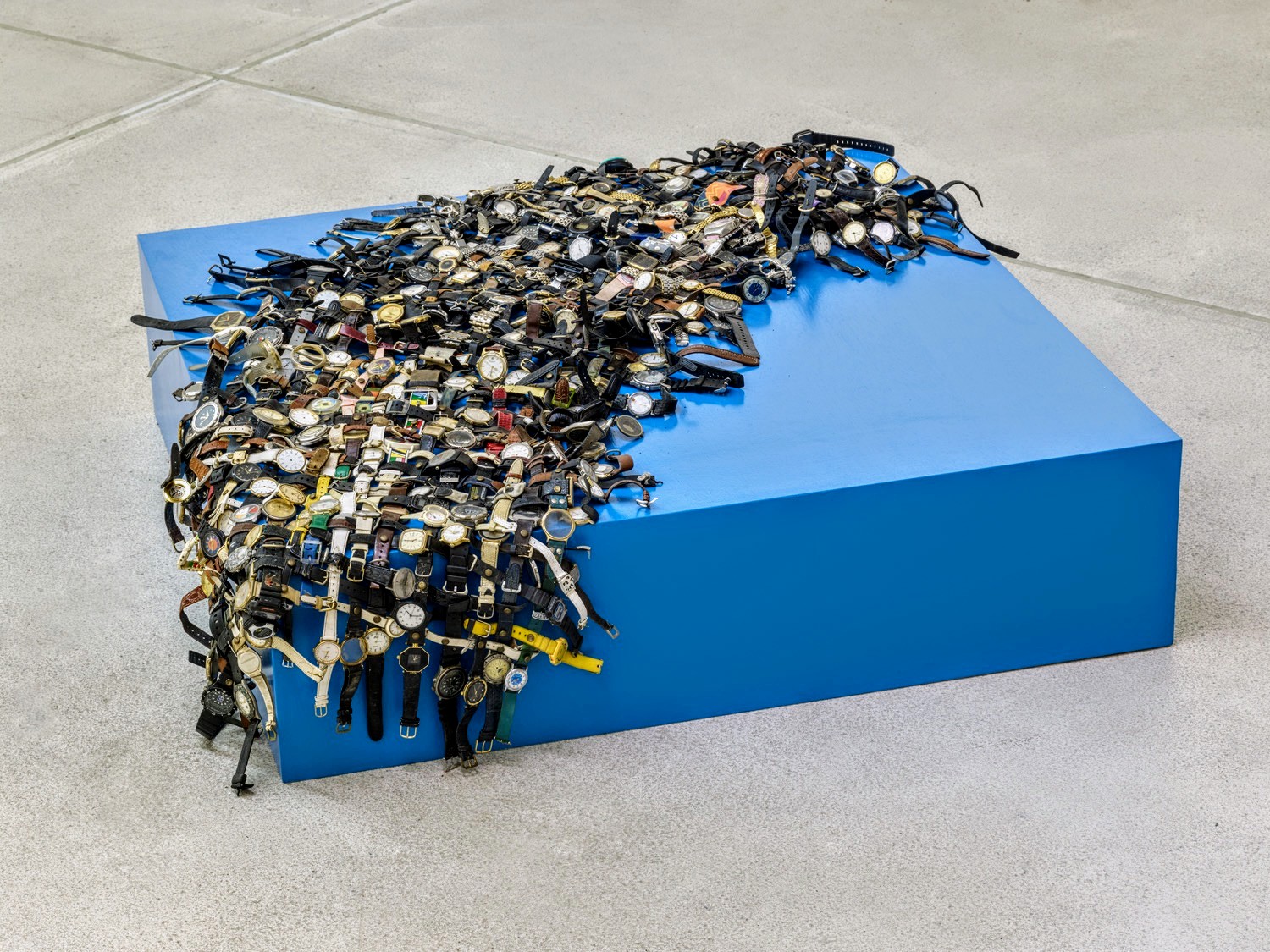 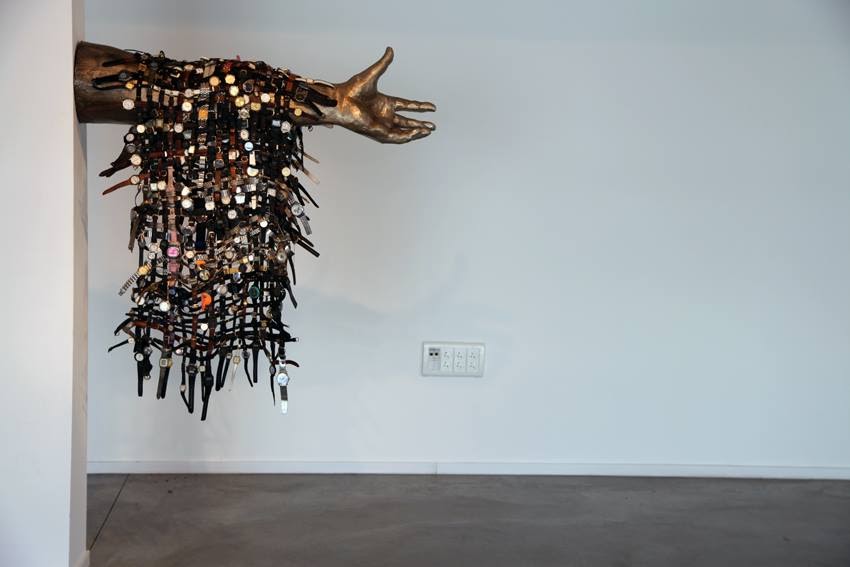 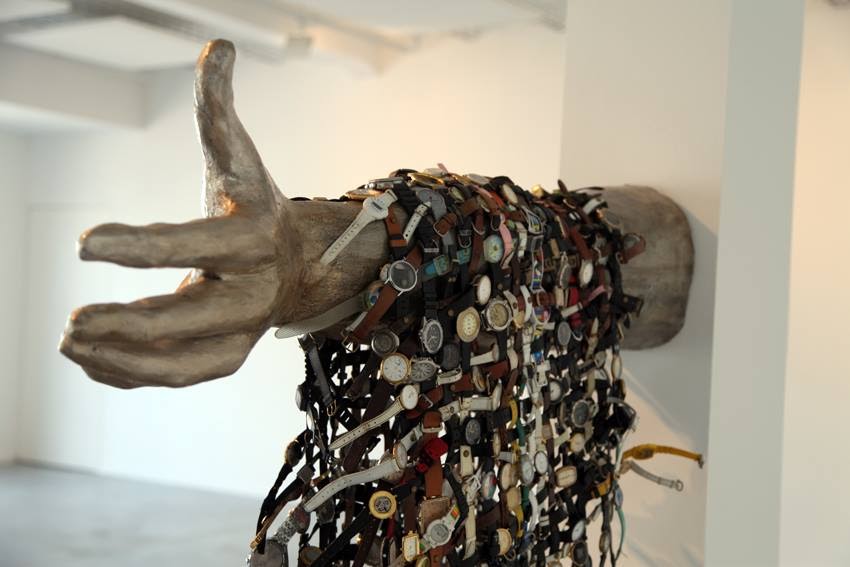 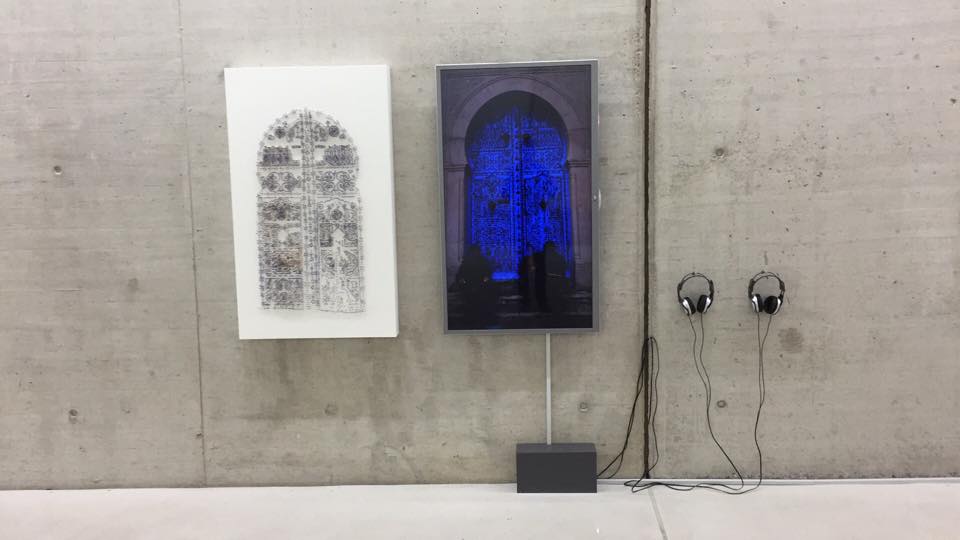 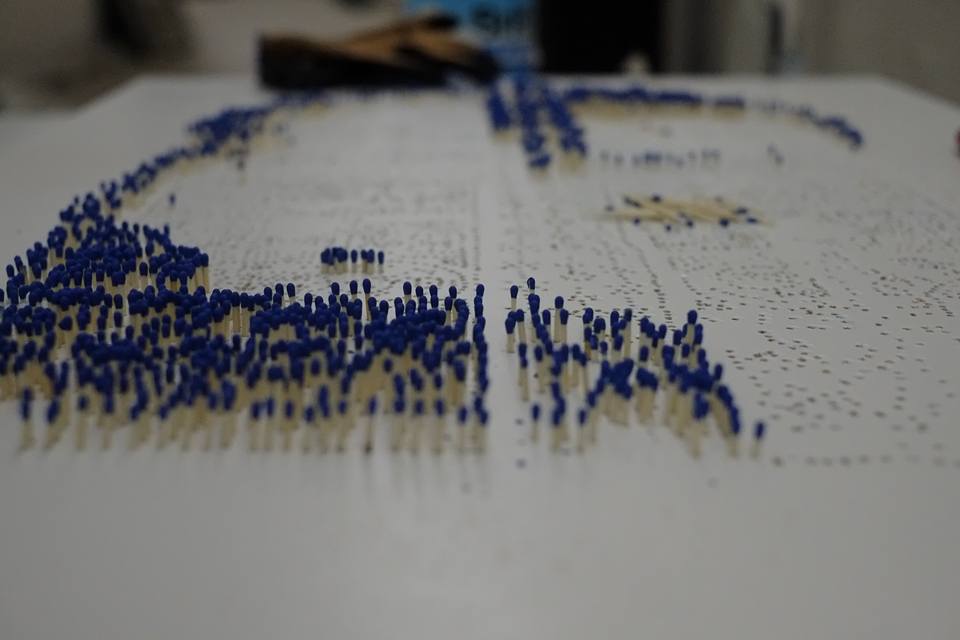 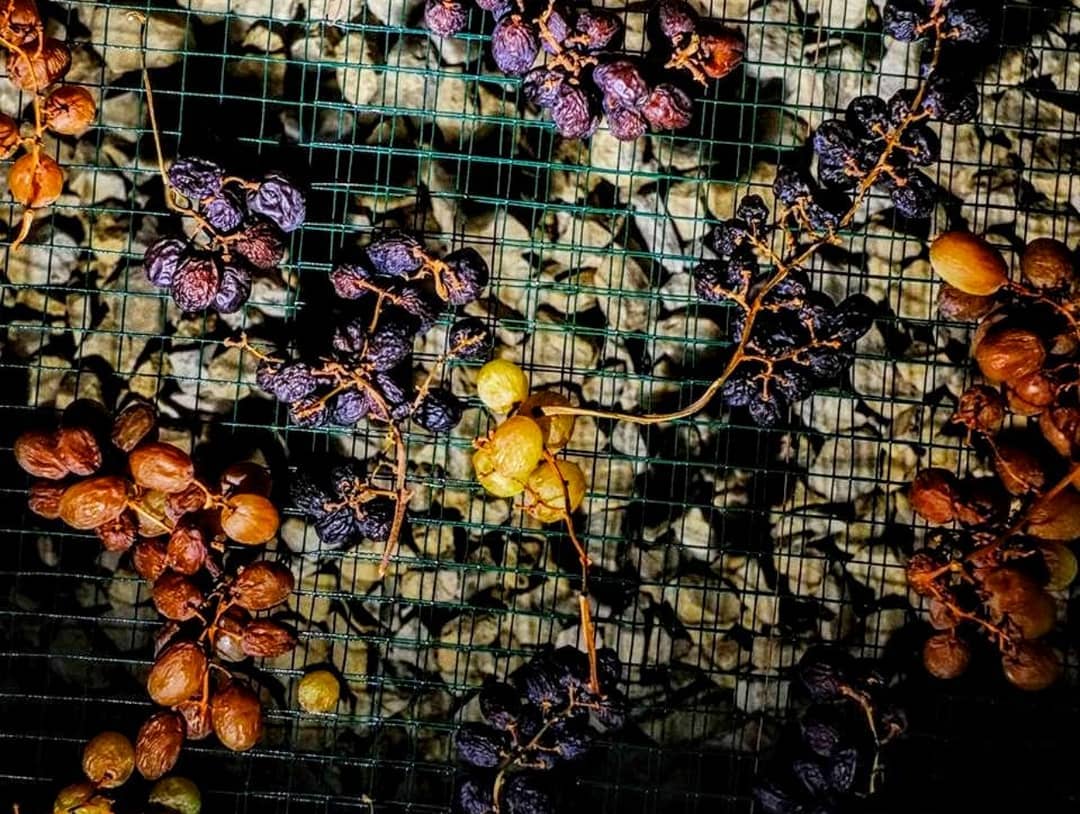 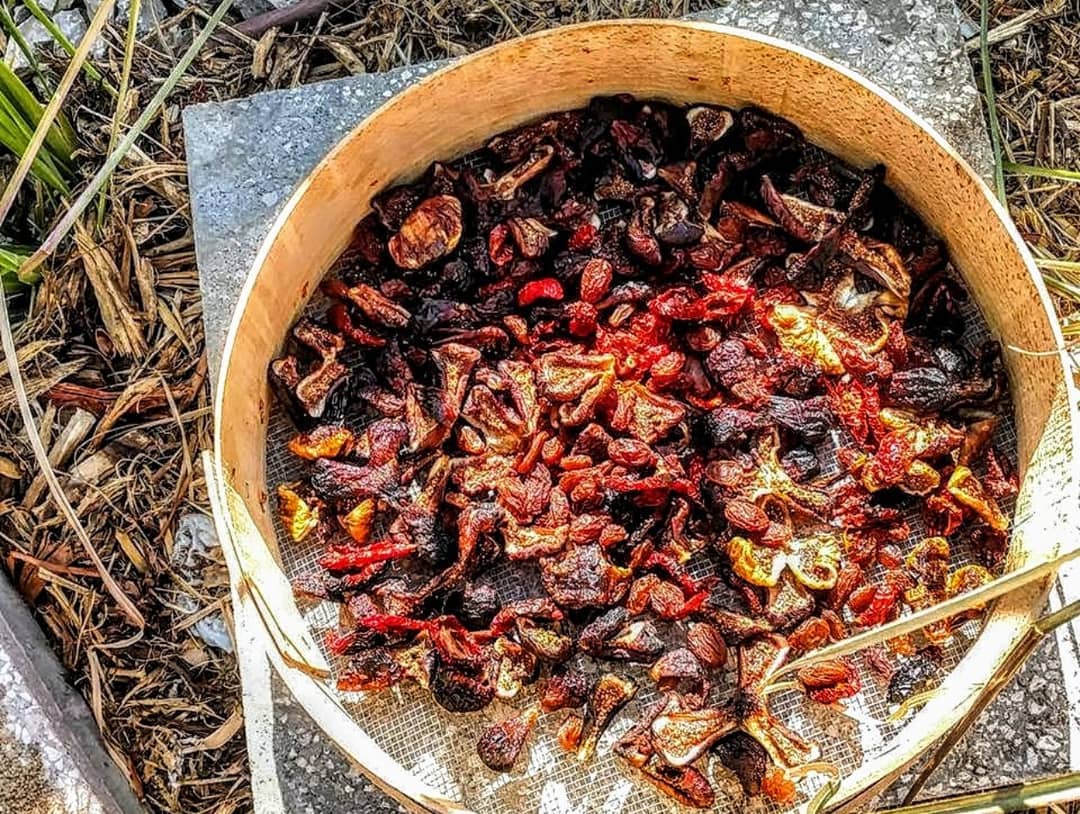 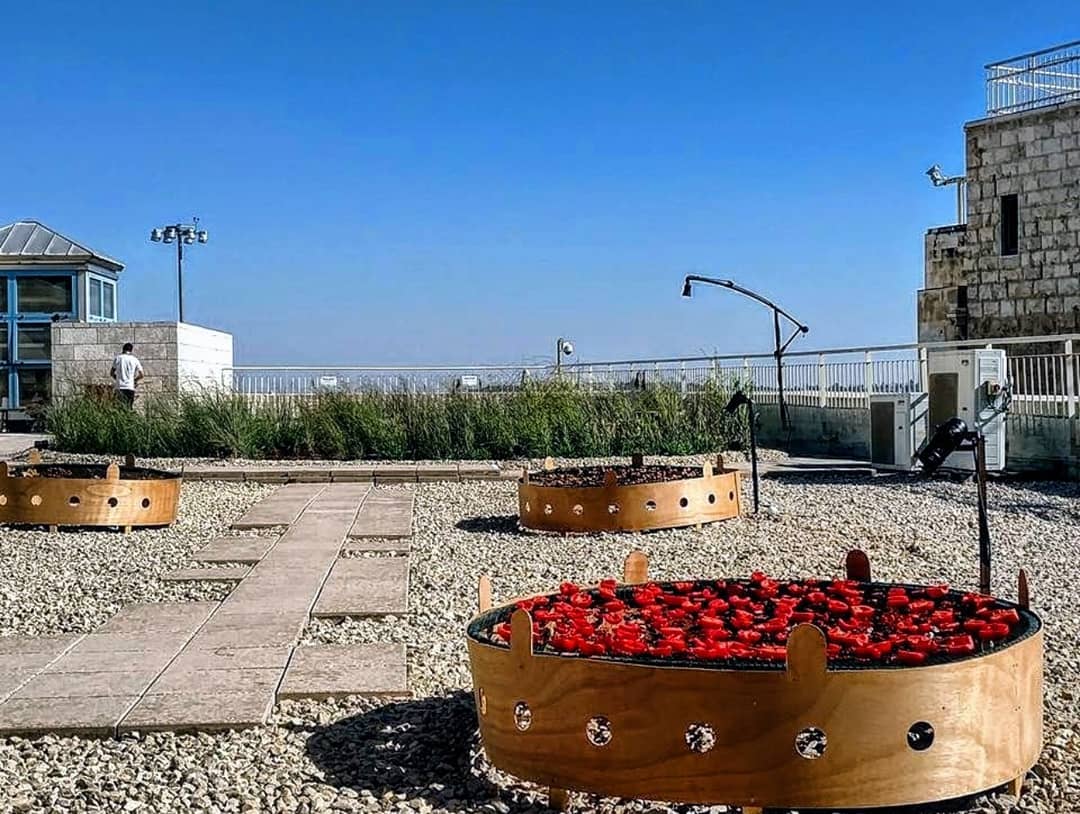 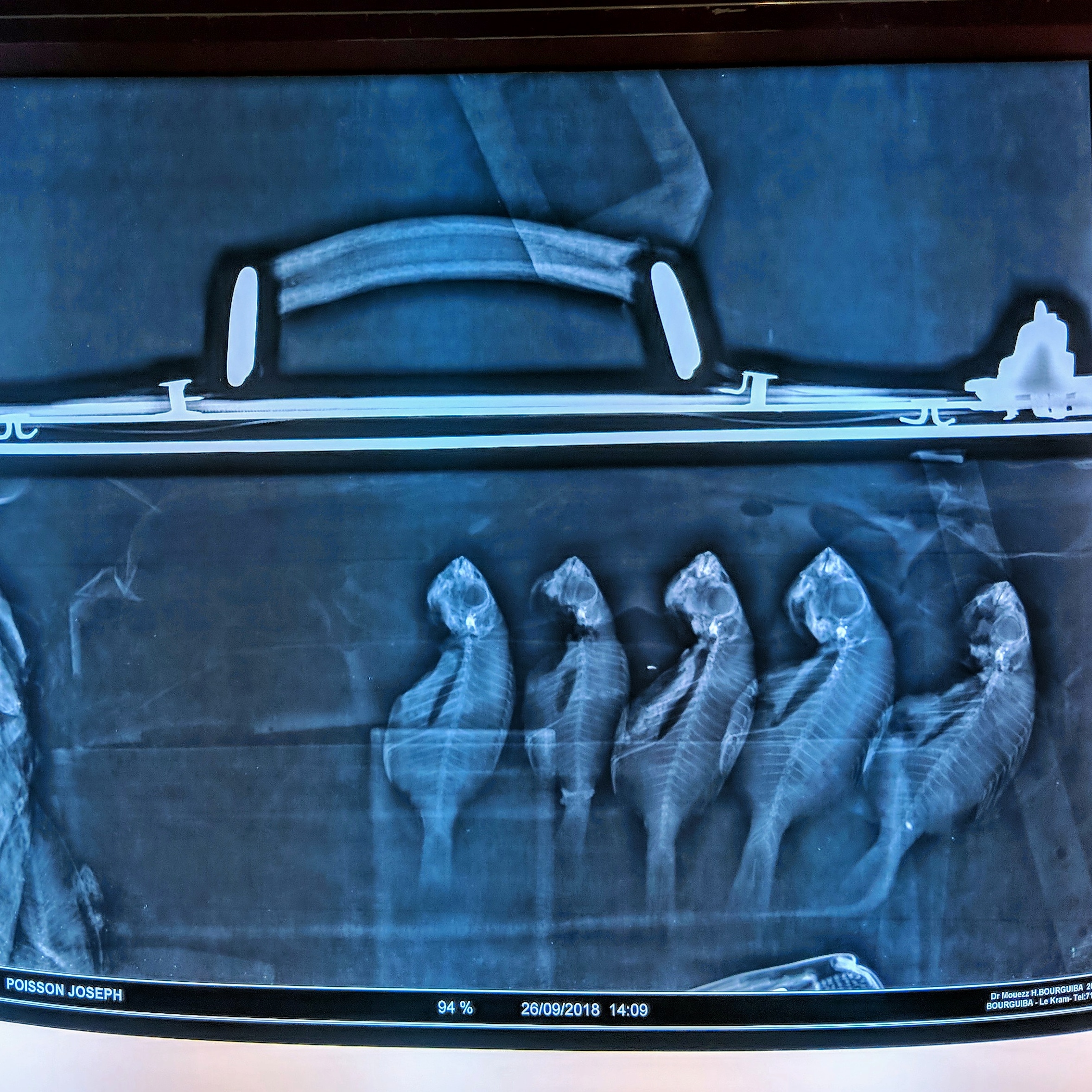 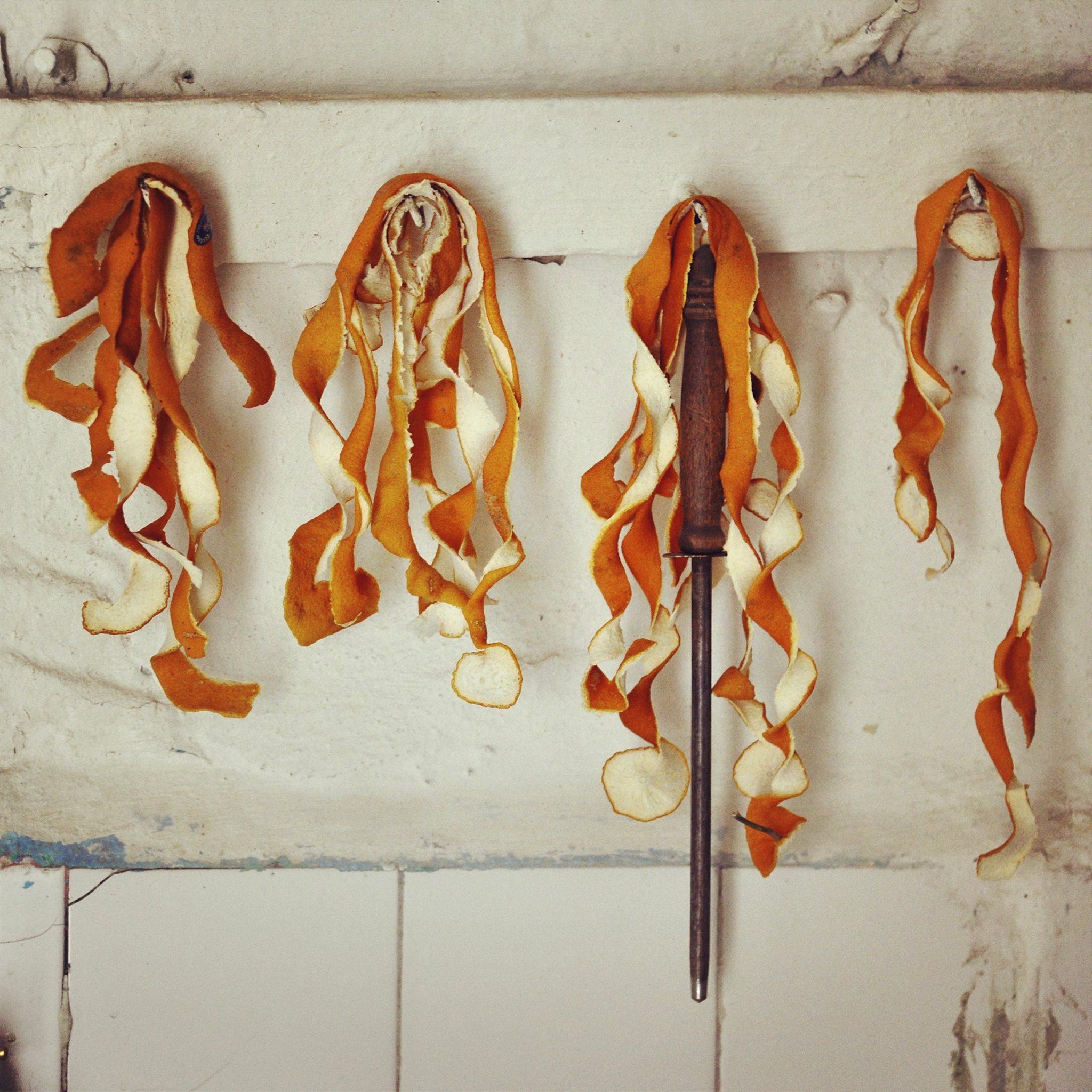 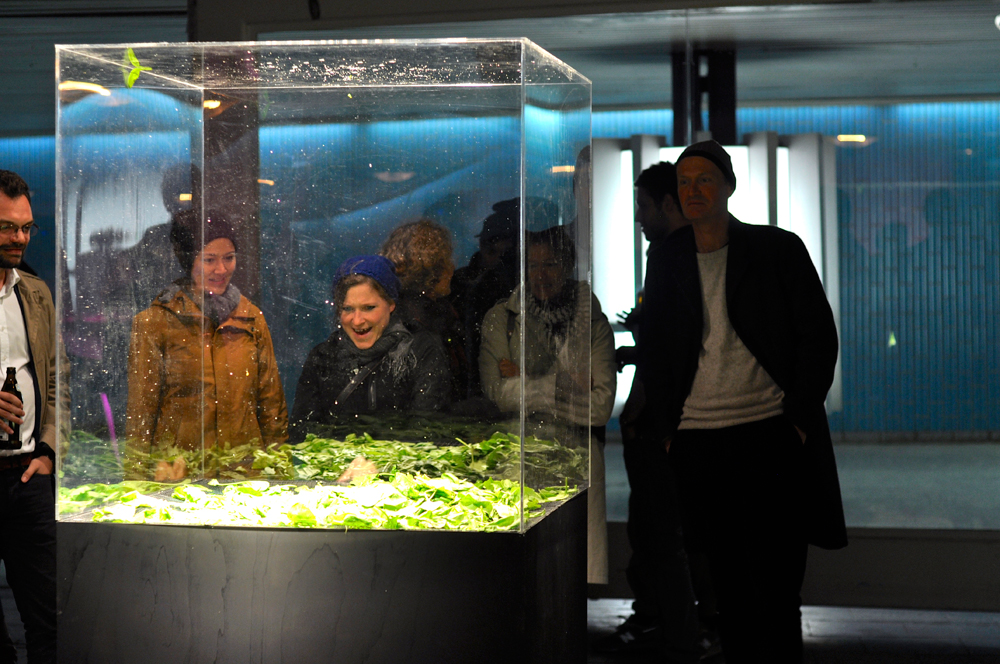 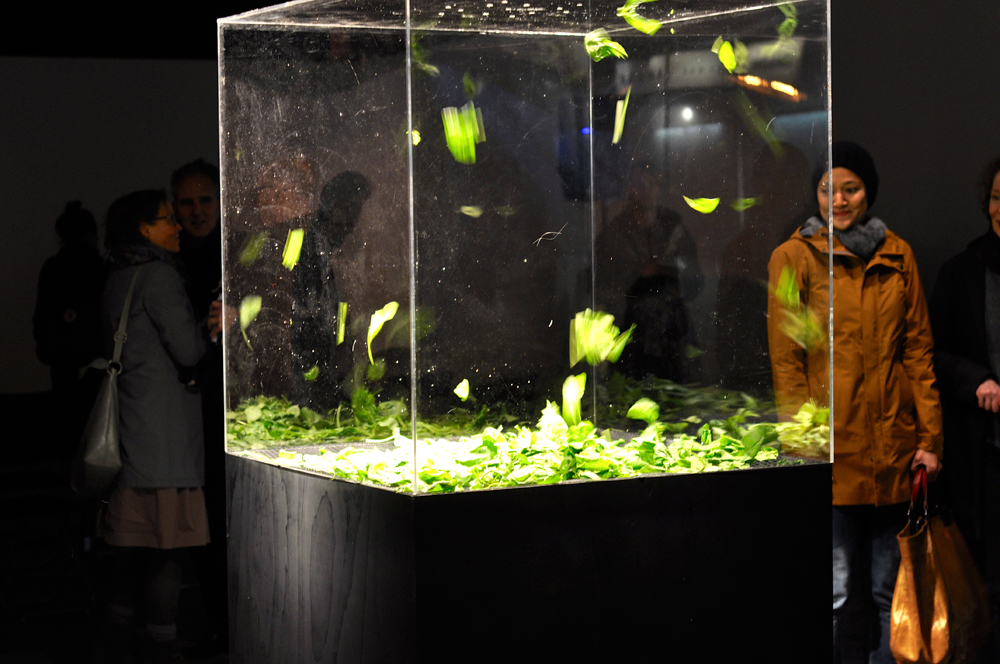 ArteEast: Can you tell us about your use of storytelling in your multidisciplinary art practice that ranges from video to sculpture and installation?

Rafram Chaddad: Storytelling has been an important part of my work as a way to re-direct discourse to the everyday rather than the canonical. This is something we can do as artists, and it is part of our role. In the new piece I’m working on right now, I’ve been doing research trips to the Anti-Atlas Region in south Morocco, where there was an endless moment in time by the river in which we met a group of women washing their clothes in the water coming from the mountains. I immediately thought of my grandmothers. The women would hang the clothes to dry on the olive and argan trees. This witnessing made me think of the posture of women in my family from photos in my archive. I was thinking about the aesthetic of this, the way their bodies are held within the culmination of the cloth, and it was like a thread running through me that surfaced a memory. That’s how I am able to create something. Storytelling is remembering a moment in time, in this instance, a collective ritual. The piece I’m working on has to do with my grandmother’s Shefshari, a kind of sari, and the laying of these cloth pieces on trees. This action has already happened many times in the day to day, in both the past and present, and I’m interested in locating this collective moment and sharing it onwards.

AE: After growing up in Jerusalem, you moved to Tunisia in 2015, your country of birth. In your experience, how does the art world climate of Jerusalem and Tunis differ and what are some of the challenges you have faced in each city?

RC:  I lived in Europe (Dusseldorf, North Italy) for a few years in between, which also contributed to my experience of the various dynamics of art scenes. In the case of Jerusalem and Tel Aviv, I would say that both feel like a last station. Both are quite isolated, because of distance, and because of political reasons for not being part of the region around them. Most of the works done there were quite escapist. Part of the local narrative is to skip your grandfather’s generation and live like in the times of the bible, in the case of Jerusalem, or in some kind of detached Mediterranean city, without a reckoning thought on the occupation, in the case of Tel Aviv. That made it feel like a last station, nowhere to go when everyone else felt they’ve already arrived. Tunis, on the other hand, is located centrally to the ‘world,’ probably one of most central points in the universe, but people still have the francophone complex, which performs as a sort of Stockholm syndrome. So books, research, and culture are mostly made and archived in French, a language spoken by only 3% of the world. The fact that Tunis has been within colonialism and then dictatorships made critical or sober reflective art-making more rare. Furthermore, the fact that Tunisia is a central tourist location also plays to the exoticism in local art, as a way to communicate an orientalist view of the place to foreigners. In a way, both places, Jerusalem and Tunis, felt like the place of the last stop. At the same time, politically, these two cities are very detached, and sometimes I did feel like I saw Tunis in Jerusalem’s eyes before Zionism’s tectonic rupture took place.

AE: In addition to your art practice, you are also a food expert. What first triggered your interest in food? Can you elaborate on your focus in tracing the historical movement of food culture beyond modern-day nations and borders?

RC: My interest in food began after art school. I was quite an annoying kid who didn’t want to eat my mom’s couscous and other traditional dishes that she cooked. In my first explorations into my family’s history and aesthetics, I reconnected to my mother’s food making that although she was at home all day, she was working incredibly hard to cook for all of us. The preparation of our food requires long hours of labor and prep. In our family, she was often taken for granted and not registered as part of the family’s knowledge, contrary to other craftsmanship in our family. In the work Orange trails, 2017, I wanted to gather together both my grandfather’s usage of orange blossom in the ink in the print shop that he owned in Djerba, alongside my grandmother’s use of dried orange peel in her coffee to be visible in one piece. This was one of my first interventions within the context of aesthetics.

When I learned more and more about food, I realized that food, in the same way as culture, belongs to households, then families, neighborhoods, cities, but never to countries or to some artificial border. Countries use food to define themselves, but food, like everything, is created by individuals and not by a country. We can see it organically happening in cities from both sides of borders. It’s always like a palette of tastes that gets its power from what grows, from cultural behavior.

AE: How do you engage with food today and share these traditions with the public?

RC: While diving deep into the food world, I also learned how to cook. Cooking for me is different from art practice. It has some major laws and also has a servitude aspect. In a way, food is the fastest way to get one’s attention. People do need to eat every day, and they love to connect to it more than they will connect with art. My interest in food today varies from continuous research of how women in my family had to work non-stop and how it affects their lives. On the other hand, I cook in orchestrated events and share the same stories as my mother and the women in my family. Back in 2015, I made a piece called pkeila which involved building a machine in a Maximilian Forum in Munich that basically dried spinach as part of some traditional food that my mother was cooking. In the summer of 2017, I planted a barley field on a roof and invited people to join me inside for a talk about food politics and life in a piece called black couscous.

AE: Can you tell us about the food book you are currently working on?

RC: This book is a conclusion of years of work trying to figure out the cultural and socio-political aspects of food in my own area. The area where we live can be divided into many sections. There is the western look of the ‘Arab world’, which includes Baghdad and Marrakech in the same category. There is the more geographical cut, the center of the Mediterranean. There is the historical look via Andalusia and this region, and each cut has its own political and cultural reasons. They are all random since defining is also a way of reduction. After this long intro, I decided to make my own cut, including the area of the post-Ottoman region, which also includes parts of Europe (Greece), Asia, and Africa, and to trace food practices in cities along this route. Thessaloniki, Istanbul, Gaziantep, Aleppo, Beirut, Jerusalem, Cairo, Tunis and Algiers, voiding countries and national attachment. Going through Jews, Muslims, Christians and other groups. For this project I am working with PA Jorgensen, who focuses on still life and portraits, believing that natural light and faces around this route will make a point. I am working along this route with people, mostly women, from this region, writing recipes and stories of dishes that exist in some version almost in any city, making the food practices more personal and universal. I am writing about tomatoes, on thin pastry sheets that are used in several techniques, stuffed vegetables, hands, wisdom and stories.

RC: In the beginning, I was fascinated by the works of Joseph Beuys but gradually, as I continue working, I find influence and inspiration in my most immediate surroundings. It’s a bit like picking fruits from a tree; you choose what you pick and when and then how to use it. I am making a big effort to live in a non-working environment, a place that is not affected by capitalism and has its own rhythm of life, or a different kind of working. It’s not usually a good place financially, but it’s a good place for living. The seaside in Tunis is so different than the urban life of Germany which, is more orchestrated by an industrial vibe. In Tunis, the flow is more organic, allowing me to understand the themes I am working with.

AE: How have you approached or adjusted your practice during the Covid-19 pandemic? Once the global pandemic subsides, do you have any shows or projects coming up in 2021 and 2022?

RC: I must admit that in the beginning I was quite happy with the general stop of the planet, but since my work depends on people in interaction, more than a classic studio artist, the pandemic has not been easy with many important projects that got canceled through the year—not mentioning the constant worry about the elders in my family. It’s still early to know what’s happening with work in the next few months, but I started research work with Eric Van Hove and M’barek Bouhchichi in the Anti-Atlas region of Morocco. I am also working on outcast representation around the synagogue of the old Jewish quarter of Tunis, El Hafsia, and developing a body of works related to old ties of Jewish Tunisian merchants with South India, together with Katherine Li Johnson, my manager here.