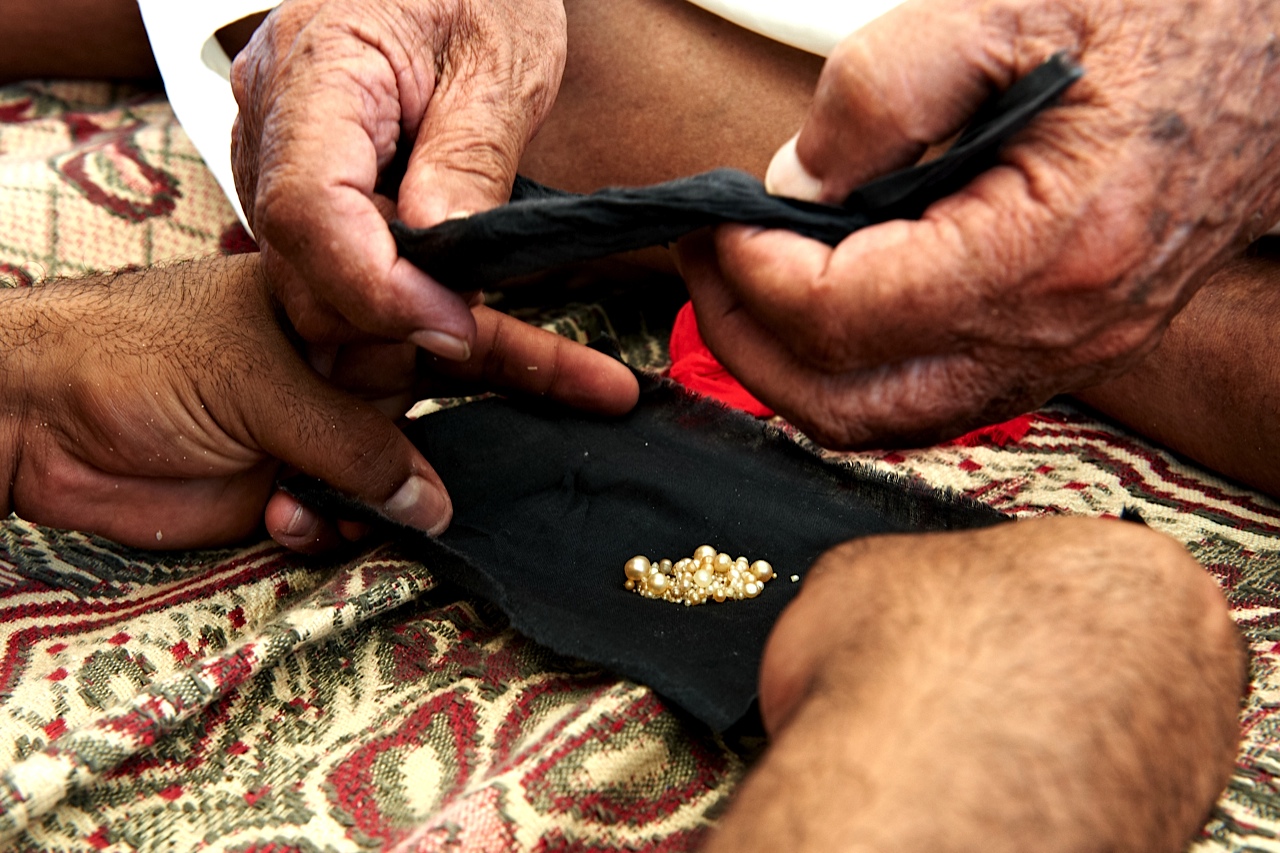 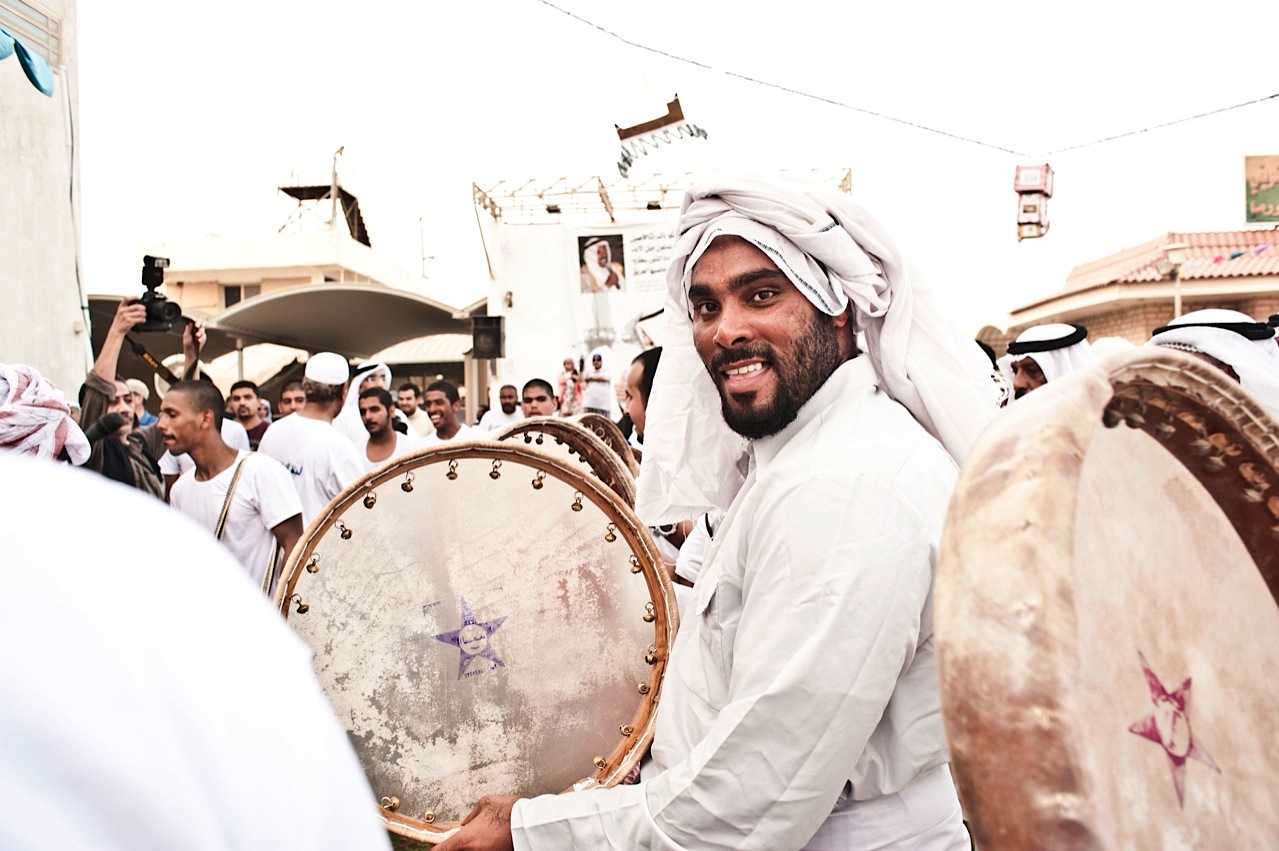 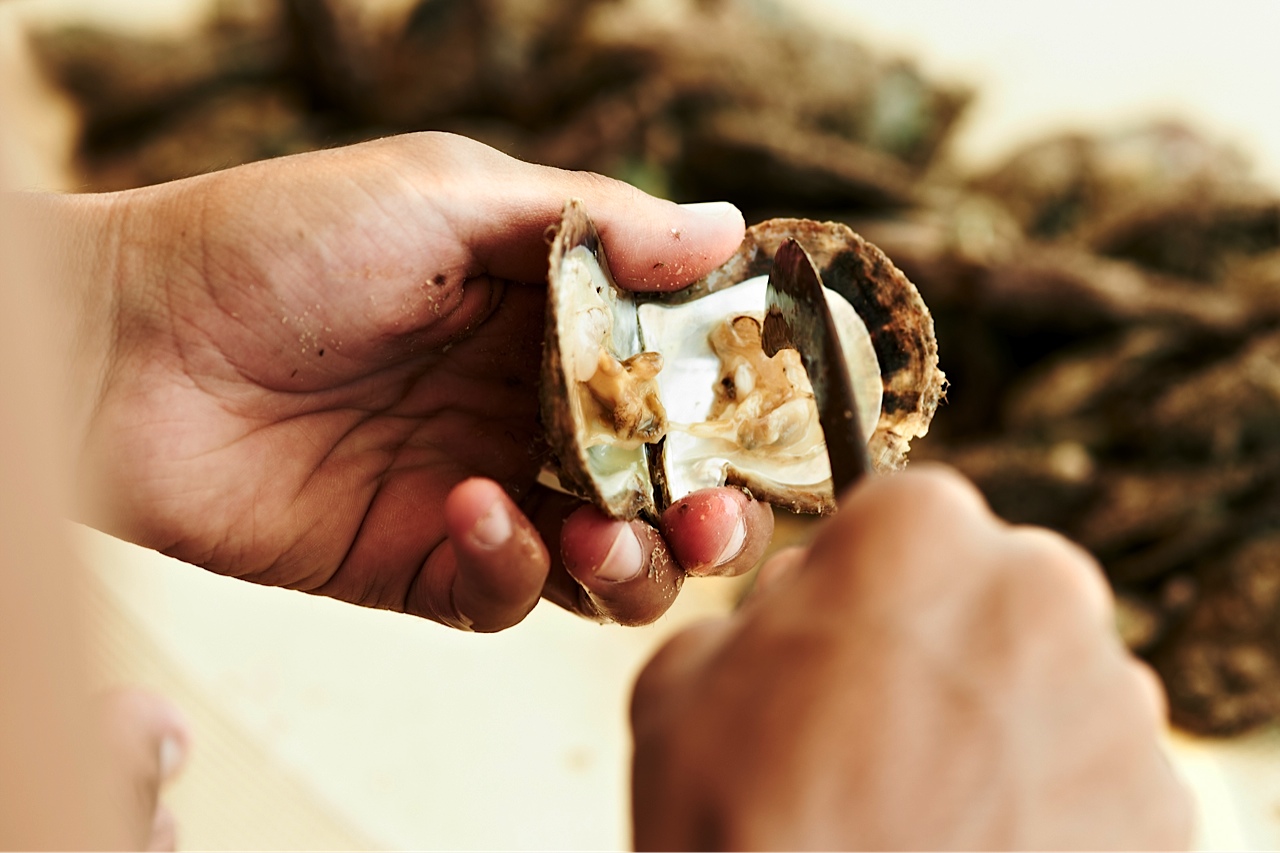 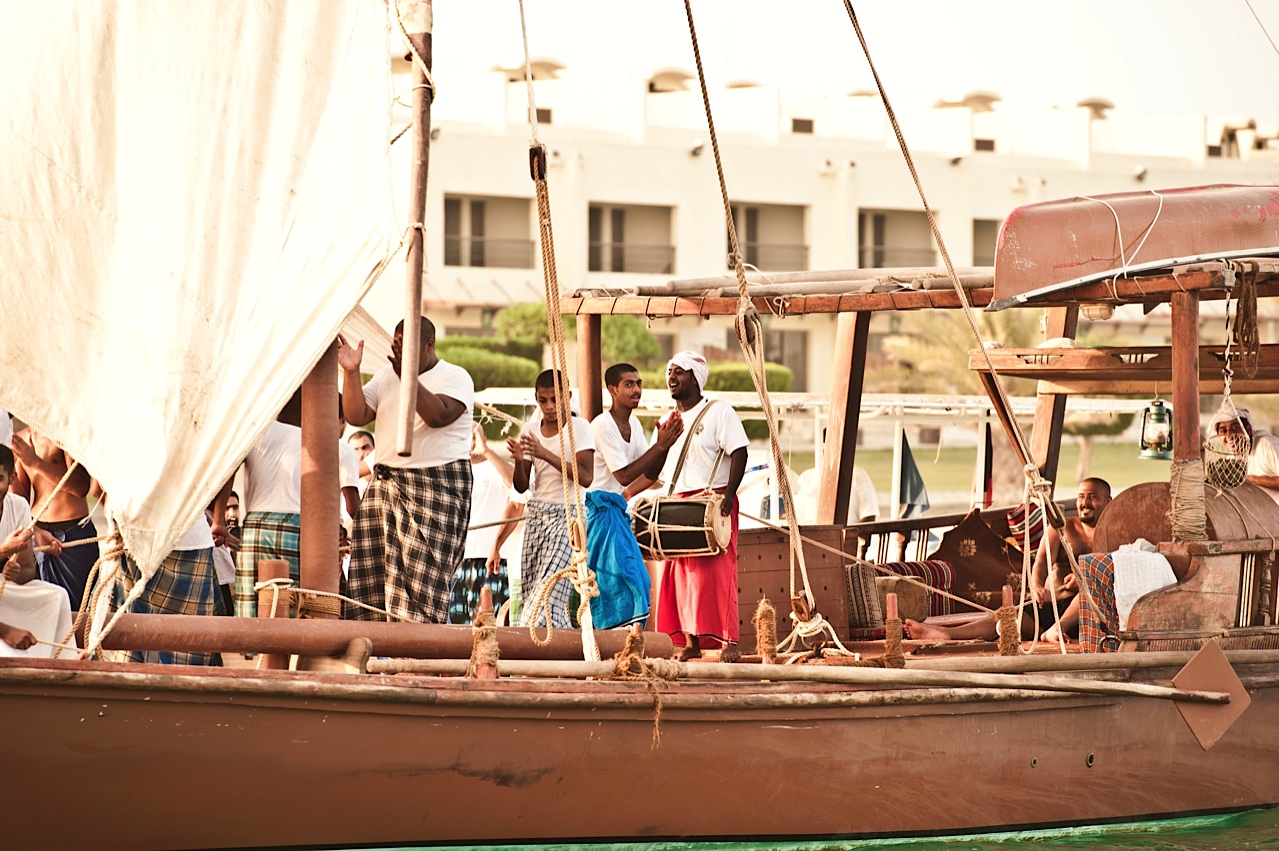 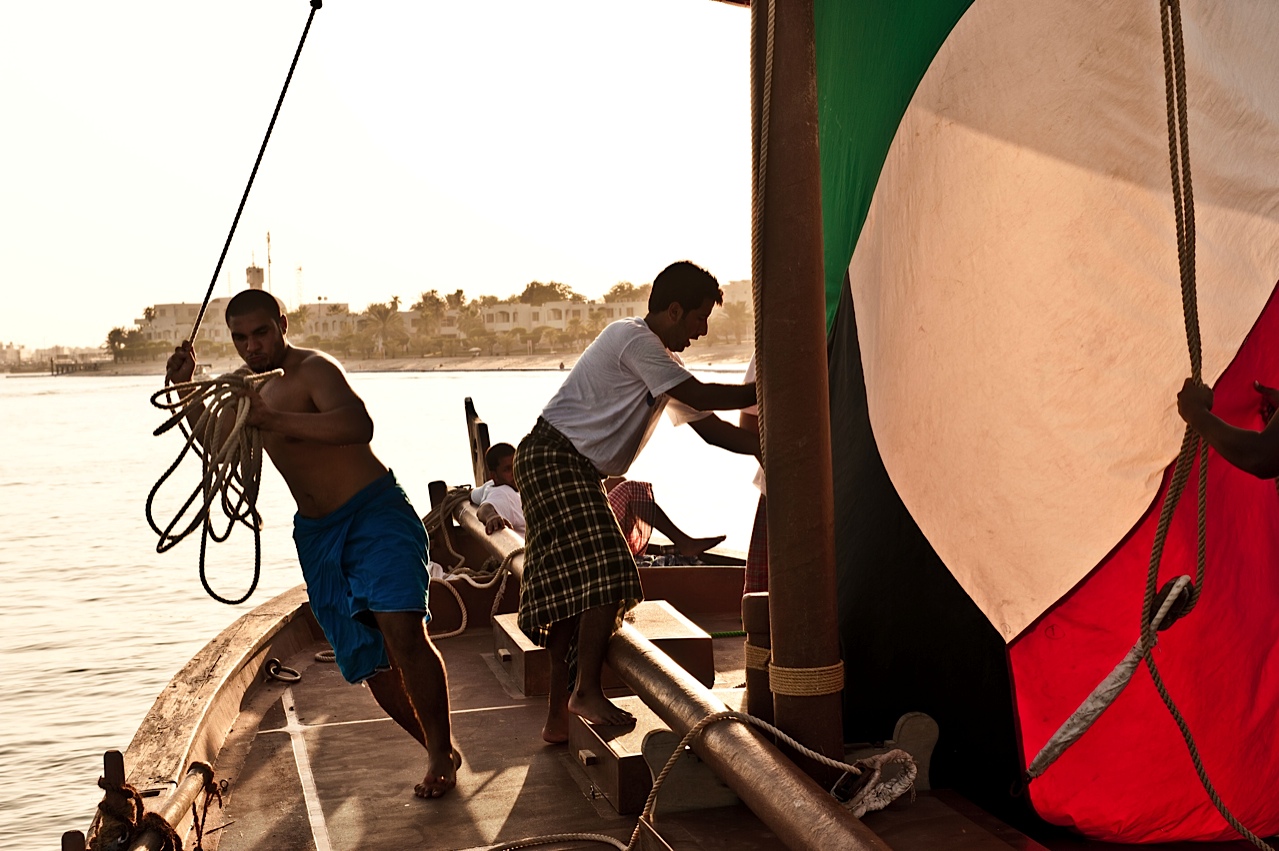 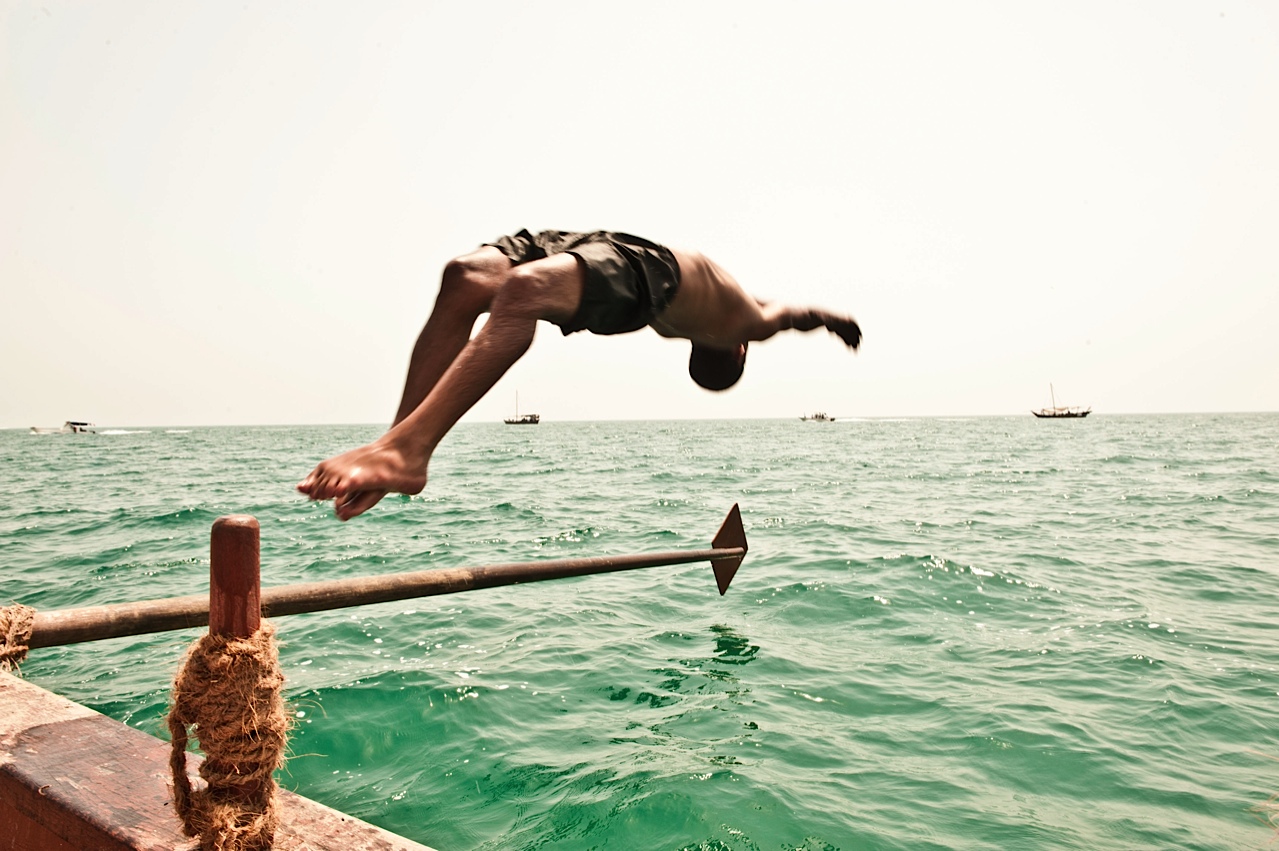 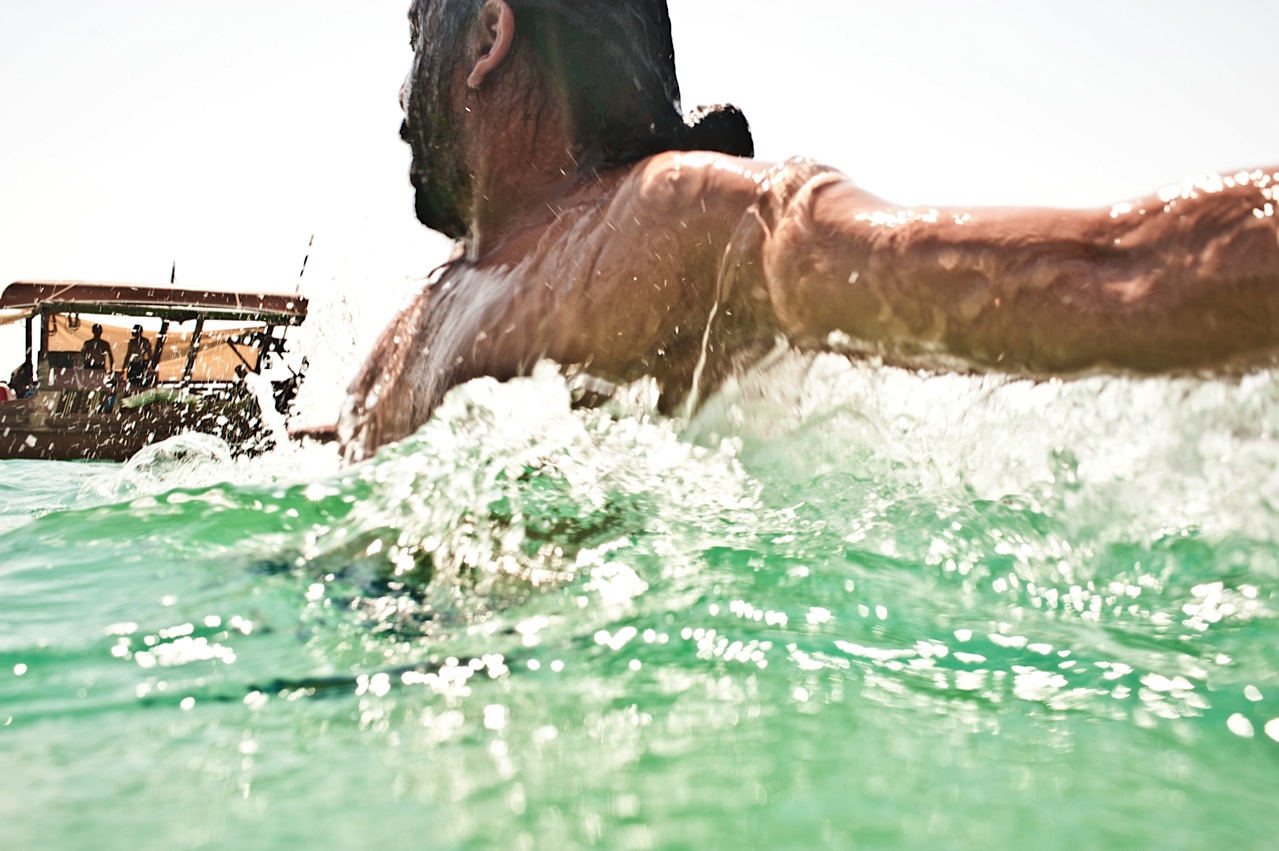 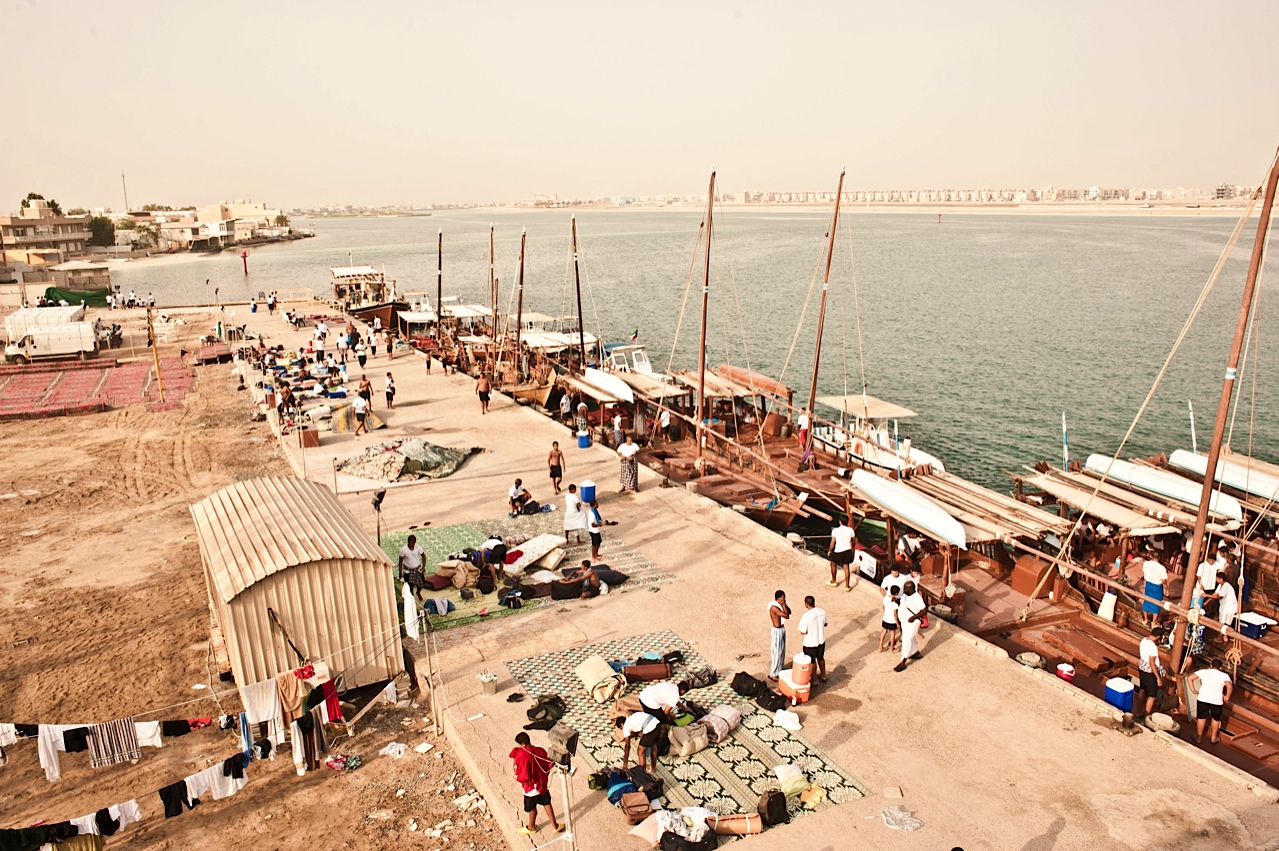 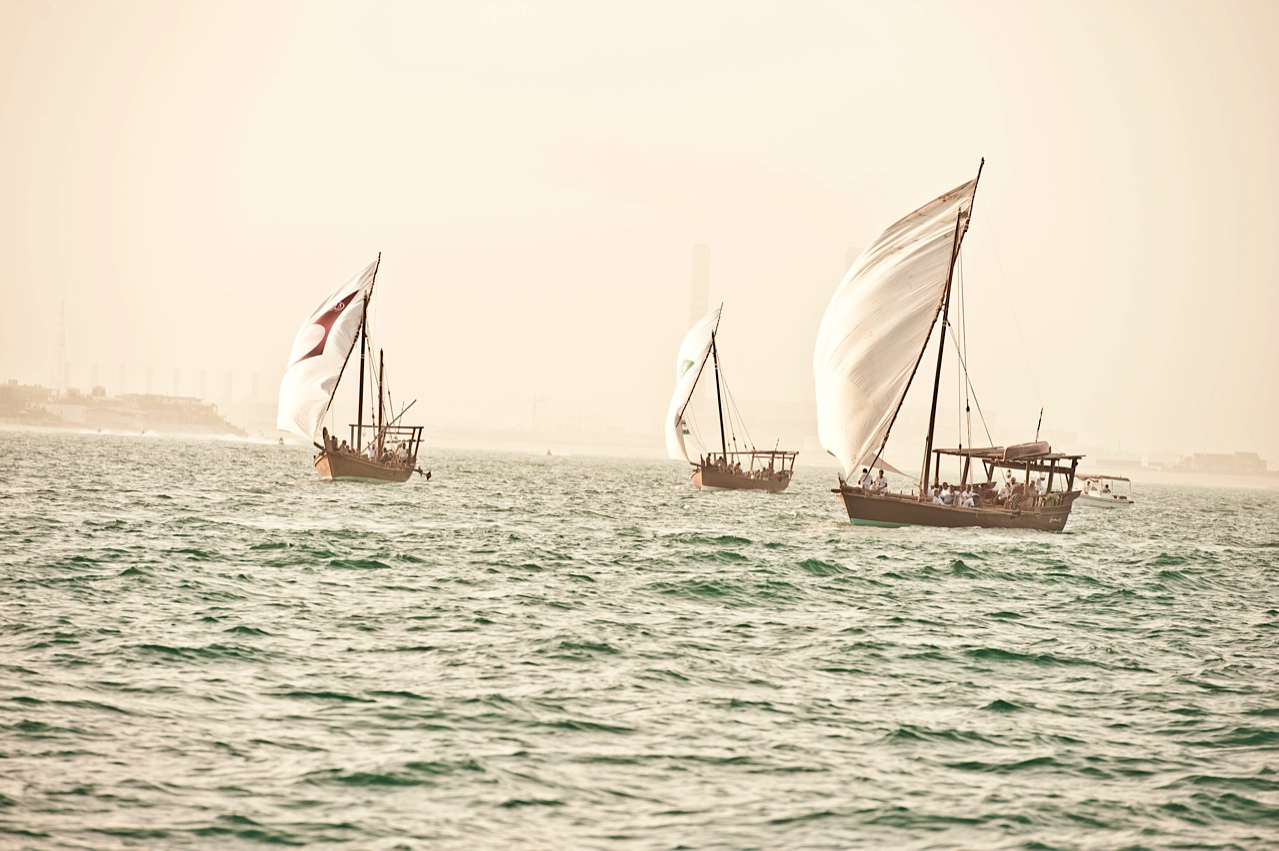 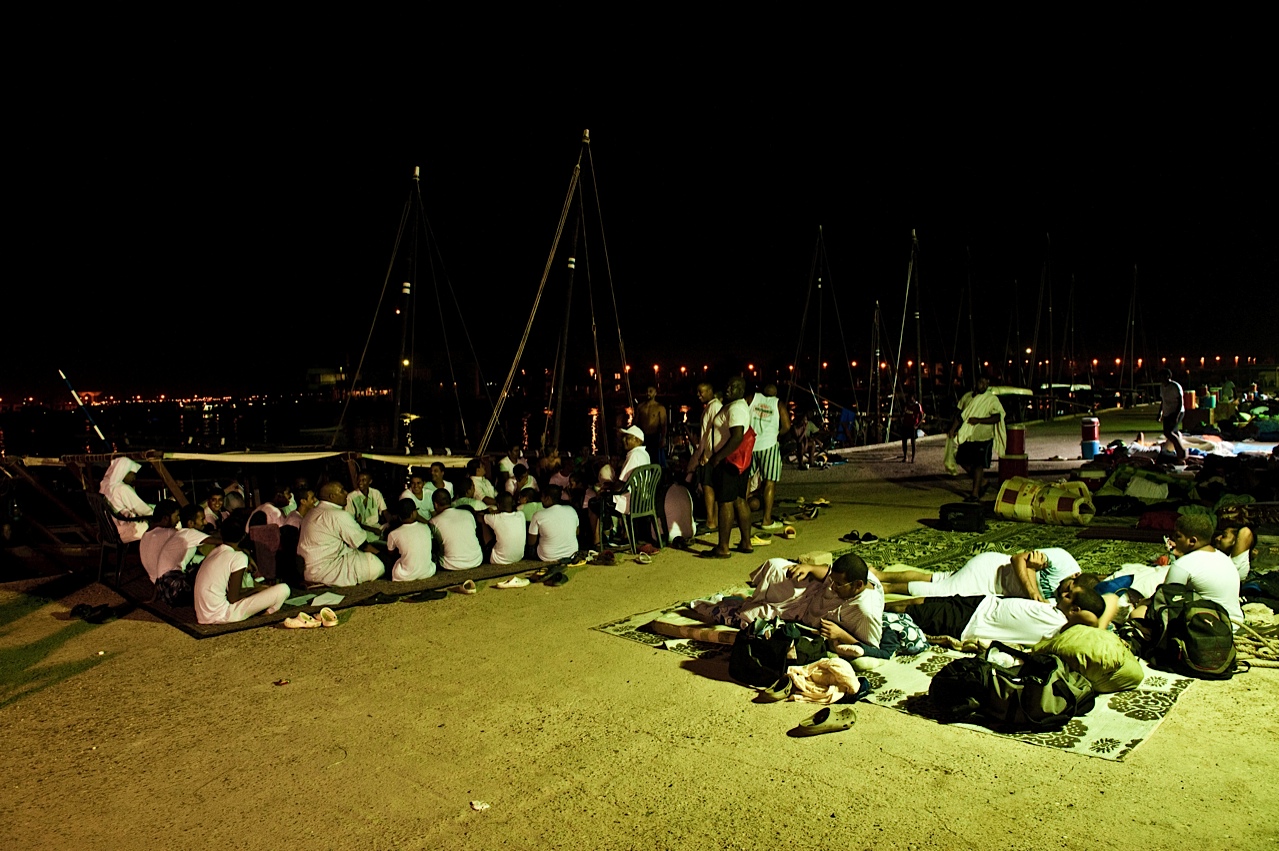 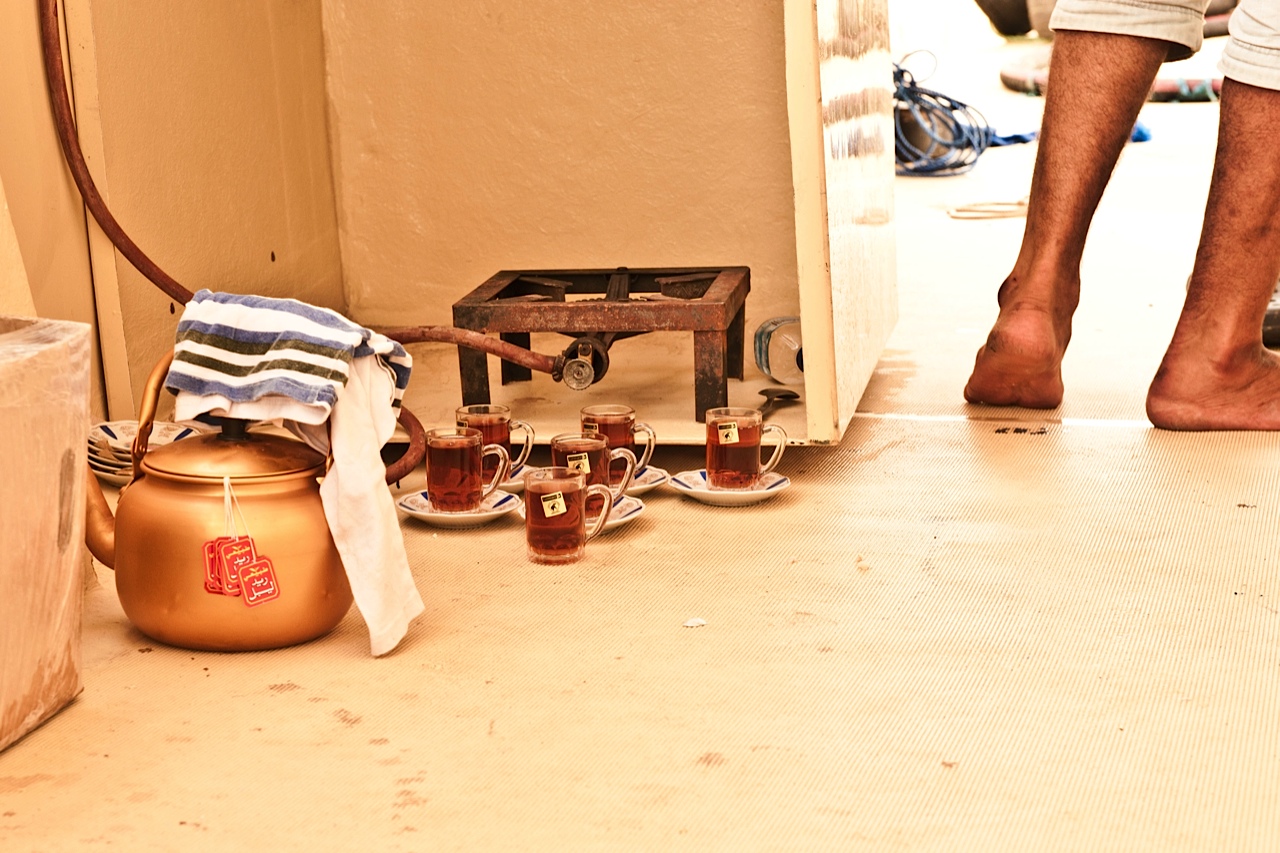 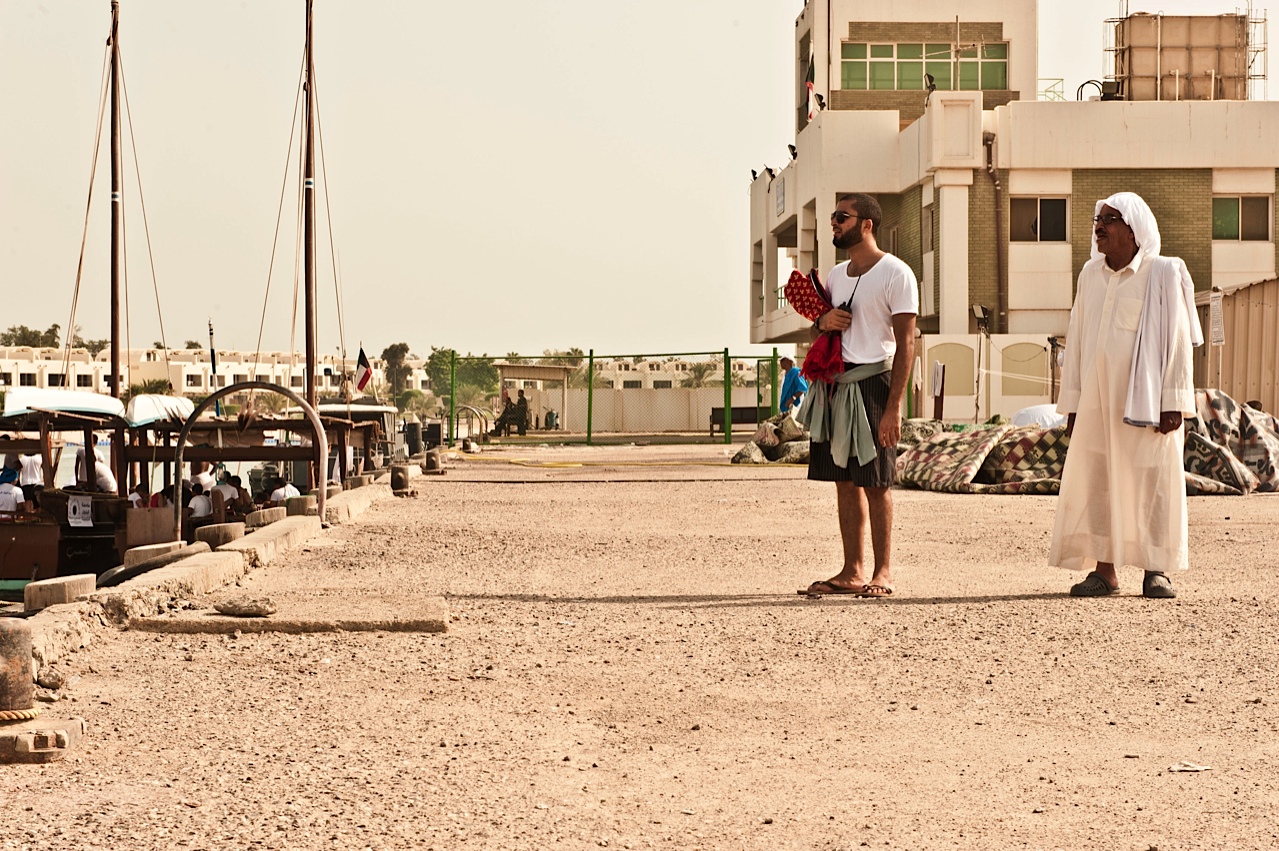 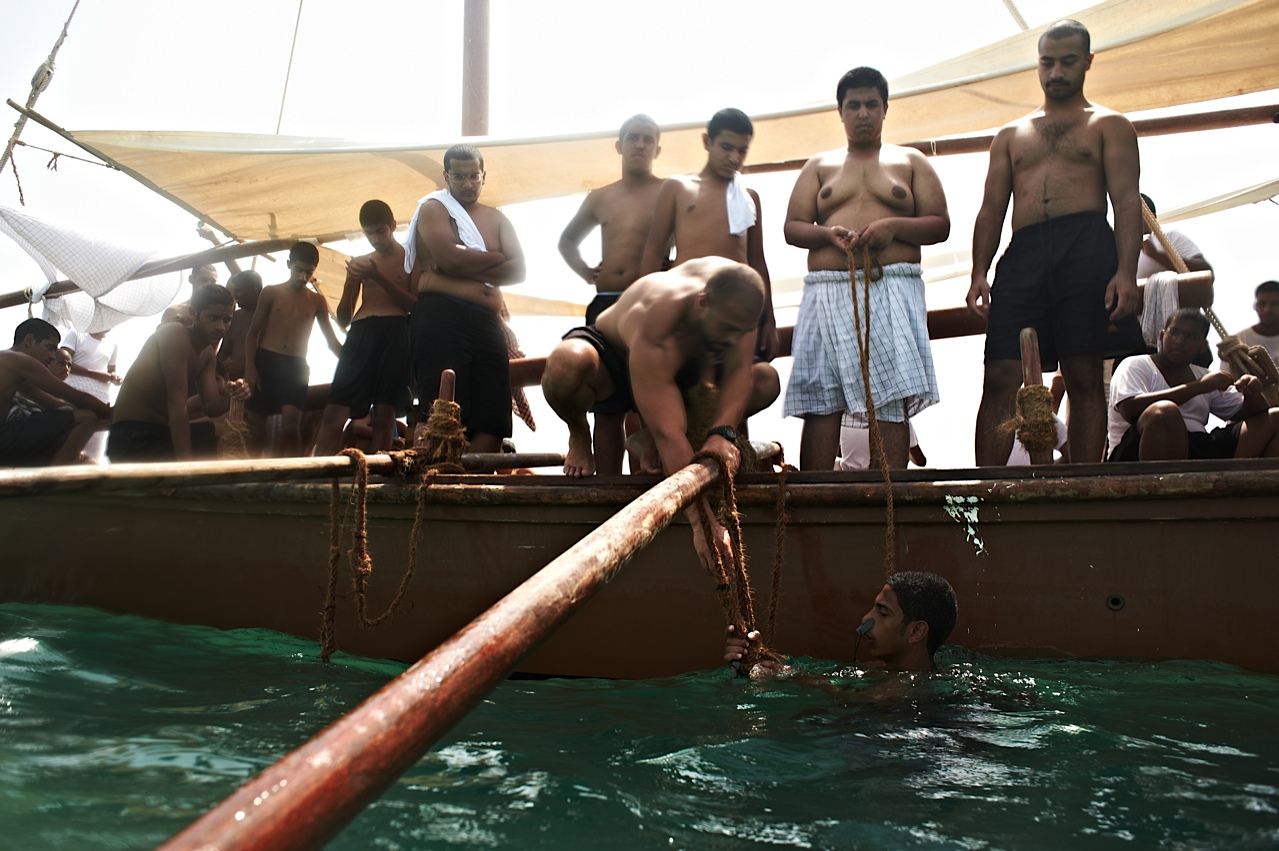 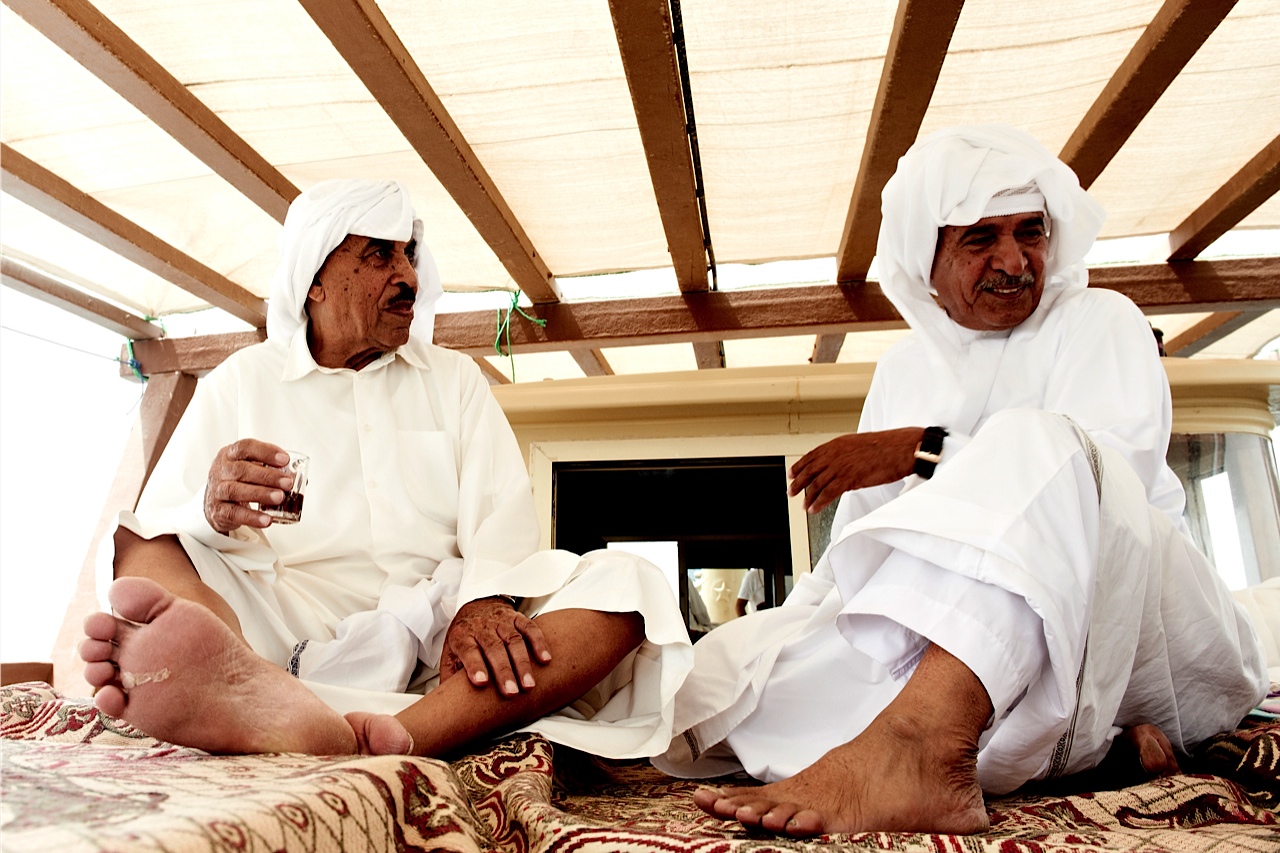 It always seemed to be secondhand, overheard, or when I got in trouble that a story about my grandfather’s past would surface. At a family meal I expressed some distaste at the food my mother had prepared. In response, she told me about a crew member who had approached my grandfather complaining that cockroaches had gotten into the date supply aboard the ship. My grandfather’s only response was to continue eating the dates.

Listen to Sailors and Bin Hussein group during closing ceremony

My grandfather was the shipmaster of a pearling ship during the 1930’s and 1940’s in pre-industrial Kuwait. I was born there in 1977 but since my father was a diplomat, I had been exposed to numerous cultures by the age of eighteen. I was twelve during the gulf war during which time my father was stationed at the Kuwaiti embassy in Bonn, Germany. Most of our extended family moved in with us since Kuwait was then an occupied nation.

From the end of 1989 through the first half of 1990, I spent a great deal of my spare time with my grandfather. During an after-dinner conversation I found out that he had been a captain and pearl diver in Kuwait. At that time I was not concerned with repressing the urge to romanticize the past. It seemed fantastic. Surreal. I imagined what my grandfather looked like on his ship… the look in his eyes as he deciphered the skies. As I write today, I continue to embody that sense of wonder and curiosity, yet whenever I asked grandfather to tell me anything about life at sea he would answer “All the men died at sea.” That was his only response; looking back now, I believe my grandfather was trying to communicate the difficulties and sacrifices that he and his fellow seamen made for their families; sometimes paying the ultimate price.

By the time I was born, my grandfather was a successful merchant in Kuwait’s new economy. His hard work facilitated two of the greatest gifts that life has offered to me: choice and access. As a privileged grandson of a Kuwaiti pearler, I aim to write about, perform, and preserve the musical traditions that characterized pearling life in pre-industrial Kuwait. I feel the tensions of simultaneously being deeply rooted in this history and someone who is so far removed from it.

I have attempted to reconcile at least some of these tensions during my fieldwork; specifically after time spent with two surviving pearl divers as they shared their knowledge with 100 eager young pearlers and myself. This took place during a government-sponsored heritage pearling expedition that spanned seven days. The annual event itself has been taking place for the last 24 years for the purpose of passing on heritage from surviving pearlers to a younger generation of sailors. One of my goals was to investigate how heritage discourse is transferred from the government to its people, especially in a country that is as young as Kuwait.

Before the expedition took place, each group of about 10 young pearlers between the ages of eleven to eighteen were assigned a Noukhitha (Arabic for captain) and his ship. The boys and their assigned noukhitha prepared for the expedition at the KSSC in the months before it took place. There, the young sailors learned: to work as a crewmember, basic pearl diving methods, pearl-diving songs from the repertoire, and practical nautical skills. On one hand this annual trip serves to as a right of passage into manhood for the young sailors, and on the other, a place where they learn about Kuwait’s pearling past and their ancestors’ way of life.

Listen to a Rehearsal

The days of pearling-life exist in residual traces housed in old A/V recordings, occasional performances by heritage musical groups, and in the transfer of knowledge from the elders to the children during the annual heritage expedition. The fieldwork made me to realize how the music and soundscapes of pearl diving are essentially uncollectable.

Before I set out on the expedition, I sought the assistance of my old schoolmate and professional photographer, Michael Krueger. In the beginning, Michael and I stuck out like a sore thumb amidst 100 young sailors who had freshly shaved heads and matching black shorts. Michael is a tall, muscular German man with a shaved head and bright blue eyes with at least two cameras hanging from his neck and shoulder at any given time. Conversely, I am a long-haired, tattooed Arab; toting red headphones attached to an audio recording device that was almost always on.

They looked at us like we came from another planet. Curiously, the boys on the camp had no idea that I was Kuwaiti until they asked me where I came from 3 days into the expedition. Also, on the expedition was a man named Khalifa Al-Rashed who is among the few surviving pearl divers in Kuwait. Al-Rashed has been an integral part of many of the expeditions where he teaches the noukhithas how to teach the young pearlers about pearling and life aboard a dhow (Arabic for a traditional sailing ship). He held a daily morning briefing over breakfast with the noukhithas to convey instructions for the day.

The pedagogical practices on the trip are extremely important to me because I could begin to trace and grasp what the government teaches its youth about Kuwait’s pearling past. It was also a great realization that the government could not accomplish its task without Al-Rashed. Historically, the transfer of knowledge from the elders to the youth symbolized survival, while today it is a way of understanding the past, and embodying what remains of it. As an ethnomusicologist, it was invaluable to observe the musical rehearsals and pedagogical practices that the boys had to participate in under the guidance of Thamer Al-Sayar. Al-Sayar spearheaded and coordinated the pearling expedition for the past 24 years. He had approached the late Sheikh Jabir Al-Ahmad Al-Sabah and explained the importance of transmitting heritage to the youth of a rapidly modernizing Kuwait. He is also in charge of preparing the boys for the musical performance at the closing ceremonies which was televised by Kuwaiti Television and held at the the Kuwait Sea Sport Club. One of the songs that was performed is called Toob, Toob ya Bahar, or ‘Repent, Repent oh Sea’. At times, real jam sessions were broken-up by Al-Sayar in favor of rehearsing for the media or in keeping the peace when religious members of the expedition deemed it impious to play music for recreation; something that pearl-divers of the past had no issues with. Whenever, these jams were broken up, both Khalifa and his friend Abu Tareq looked on in silent surprise because it was hard for them to see the harmless and joyful musical performances interrupted.

Before I set out on this trip I had preconceived notions of the government prescribing national identity for a specific agenda. But it did not feel that way once I was there. I realized that we were all trying to hold on to something. All yearning to keep the past with all the sights and sounds that we never felt.

All photos courtesy of Michael Krueger

The Endurance of the Impalpable and Other Concerns: A Sound Artist’s Story

The Economy of Hope