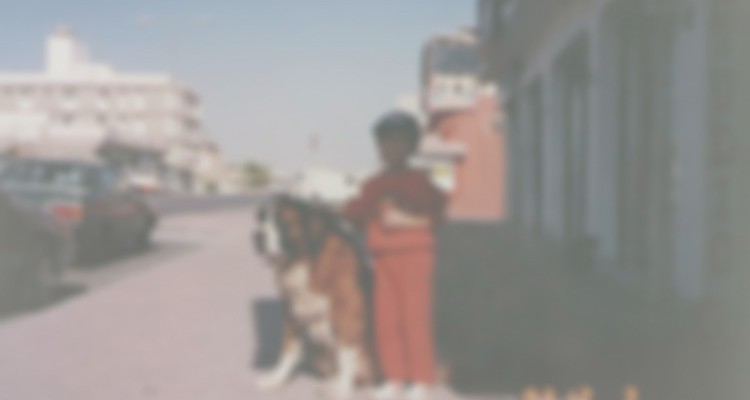 A deep bay, an arm of an ocean or sea

In May 1497, the Italian navigator Amerigo Vespucci set sail on his first voyage to the New World. He embarked from Cadiz, travelled across the Atlantic Ocean, and reached the mainland of Central America, having entered through the Gulf of Mexico, becoming the first European to do so. He sailed along the coast of Central America, and returned to the Atlantic Ocean passing through the Straits of Florida and Cuba. During this time, Vespucci wrote a letter to Pero Soderini, Gonfalonier, Standard-bearer of Florence, detailing the leagues he covered and the events of his travels. He returned to Cadiz in October 1498.

Nine years later, the German cartographer Martin Waldseemüller produced a globular world map bearing the first use of the name America for the new continent based on the feminized, Latinate version of Vespucci’s first name.

The likelihood of this first voyage ever having taken place was called into question by modern scholars in the nineteenth century. Prompted by several improbable details contained in the letter, there remains, to this date, a contentious debate about the events described in the letter; it is now frequently considered by historians to be a fabrication by an unknown forger. Despite this, much writing about early exploration of the New World continues to cite Amerigo Vespucci as the first European to enter the Gulf of Mexico.

In July 1497, the Portuguese explorer Dom Vasco da Gama, 1st Count of Vidigueira, embarked from Lisbon and led a fleet of four ships around the coast of Africa, first making stops in Mozambique and Mombasa. He was unable to stay at either port for long since he and his crew were faced with hostility by the local populations. By April 1498, da Gama managed to land in Malindi, Kenya, where his path crossed with that of an Arab navigator who claimed an in-depth understanding of the coastal winds moving eastward. The navigator advised da Gama’s crew to head straight out into the Indian Ocean and thereby allowed the fleet to reach Calicut, at the southwestern tip of India, making them the first Europeans to reach India by sea.

Many details about this encounter between da Gama and the Arab navigator are disputed by contemporary historians. Da Gama was certainly aided by a navigator who helped his fleet arrive in India but sources vary on details like how and why the navigator’s services were employed, what the terms of engagement were and, most importantly, who the navigator was.

Cursory research into gulfs reveals that the Gulf of Mexico and the Persian Gulf[i] are the two most widely recognized gulfs in the world.[ii] The former holds water from the Atlantic Ocean and the Caribbean Sea while the latter receives most of its from the Indian Ocean. Both gulfs are major sources of oil for the United States, and the discoveries of both by European explorers are steeped in narratives that are frequently contested by new scholarship. Here, we are interested in the latter gulf; da Gama’s Gulf. This amorphous Gulf is also the Gulf of my belonging, or unbelonging; its unique and unprecedented composition of people, capital networks and urban planning, posits puzzle after puzzle for economists, anthropologists, and Middle East experts. For artists and writers, it hums with the riddles of endless fictions. In An Arm of an Ocean or Sea, the impulse was to seek out narratives and commentaries that refer to those bodies and phenomena that are significantly implicated when we talk about the Gulf, i.e. capital, architecture, governance, heritage, history. And in spite of the infinite peculiarities that single out each Gulf country from its neighbor, here, they remain purposefully under a cooperative council umbrella.

ArteZine Spring 2015 contributors were also prompted to think about piratical modes of production in an effort to engage the region’s historical (mis)-assignment as the ‘Pirate Coast’, and to productively look towards this contemporary moment in which it is rapidly producing its own registers for modernity. As an instigator, I used Ravi Sundaram’s Pirate Modernity: Delhi’s Media Urbanism—reading material for a Pirate Humanities class I never took at grad school where I might have, to quote the course description, “examined pirate assemblages as an ineluctable underside of capitalist modernity”. Although Sundaram’s thesis deals entirely with Delhi, parts of his analysis are doubly applicable when thinking about the Gulf, where the specter of the Pirate Coast lingers as unending hysteria about the region’s wealth and gesamtkunstwerk-like spectacular architectural projects. Suitably, piratical modes explored in An Arm of an Ocean or Sea concern the Gulf’s history, its current economic models, and the subtle trespassing artists living within its borders undertake to level critique.

In Once upon a time: On Pirates, Poetry, and the Portuguese, anthropologist and archaeologist Uzma Z. Rizvi complicates the view that despite our best efforts to refrain from looking at history as a series of monoliths, we are constantly in danger of fortifying vapory ideas and funneling them through as facts. Rizvi explores various scholarly attempts to pinpoint the identity of the Arab navigator immortalized in the encounter with Vasco de Gama, which may or may not have taken place. Rizvi’s navigator emerges as a shadow; the ideal poet and seafarer to whom much attention has been paid but who slyly resists attempts to be unequivocally recognized as the famous Arab navigator Ibn Majid. Looking at the Gulf in Once upon a time we find ourselves at sea, and never on the imagined terra firma of Euro-centric definitions of time, facts, or disciplines of history. With Rizvi, stories of the sea splinter and give us uncountable courses to move on, from which the only way forward is to go back to the sea, where she reminds us that poets may be painted as pirates and historians are liable to police up the shores with their own set of Britannica imaginaries.

Meanwhile in Lantian Xie’s Hong Kong Restaurant, what appears to be a steamy after-hours eatery harbors untold stories of diasporic, somewhat melancholic unease. Here, art and gossip collude against history and propriety quietly under the warm corona of 100 watt GE light bulbs. Recognizable leitmotifs from Xie’s practice gather at this second iteration[iii] of Hong Kong Restaurant, including some from his 2014 solo show Hassan Matar at Dubai’s Grey Noise. Set in a nondescript Gulf city, this taut piece of fiction continues the artist’s practice of play and kitchen sink realism in a constant attempt to place himself once more as the uninvited guest at the dinner table of identitarian politics of the Gulf. Xie’s Gulf, however, limps under a fraught pan-Arabism, more West Asia than Arabian Gulf. His expatriated characters cut desirable figures, often caught on islands yet seldom unsettled by the perpetual trappings of transitory time and place. Here, there is nothing antipodal about the Middle East and Asia.

Xie’s seething, hypogeic story understandably comes with its own counter, in the form of highly terrestrial bureaucratic offices; sites for the kind of agencies that wield Foucauldian biopower over the diners at Hong Kong Restaurant, yet remain nowhere to be seen in that particular pocket of Gulf urban. Instead, the sheen of municipal offices, corporate gifts, and diplomatic luncheons have their aesthetics and politics examined more closely by Rahel Aima in her essay Museum of Future Government. Starting with a review of the Museum of Future Government Services exhibition, held earlier this year at Dubai’s Madinat Jumeirah Resort, Aima’s enquiry opens with an appeal to imagine the UAE government as the Gulf artist par excellence due to its constant investment in vastly aestheticized city-branding exercises. Naturally, these slick nation-building campaigns find themselves ripe for appropriation by artists both in the Gulf and also further afield. Here, Aima delves into the work of the GCC art collective and takes us through their practice which includes fabricated award ceremonies, Gulfie trompe l’oeil office aesthetics, and an emphasis on mise en scène full to the teeth of administrative flourishes. The gap between government and artist is precariously slim in the Gulf and in the Museum of Future Government, it is almost razor thin.

GCC proper, as we know so well, dedicates its time to architectural splendors albeit on a much grander scale. In Lest The Ground Forgets, London-based urban planner Ömer Çavuşoğlu examines, in intricate detail, the architectural conversation that the Gulf has had with the city of London for the better half of almost four decades. With Prince Charles as a lynchpin character, Çavuşoğlu’s Lest The Ground Forgets takes us through another type of seascape, not one of salt and water but one of property and transaction, where the Gulf is exempt from its geographical location and becomes instead an economic phenomena that can take place anytime, anywhere. In the case of Great Britain, under whose protectorate the region remained for much of the twentieth century, the Gulf manifests itself now through vast financial investments in London’s property market. Beginning with an investigation into British interventions in modern urban designs of various Gulf cities, Çavuşoğlu then turns to England’s own real estate and the consequences of a post-Reagan free market. It is the Gulf’s ruling elite who now have outposts dotted around London, where, according to Çavuşoğlu, domestic politics buttress and harpoon neo-liberal fantasies in turns, and mayors, princes, and lord architects grapple for the power to build or not to build.