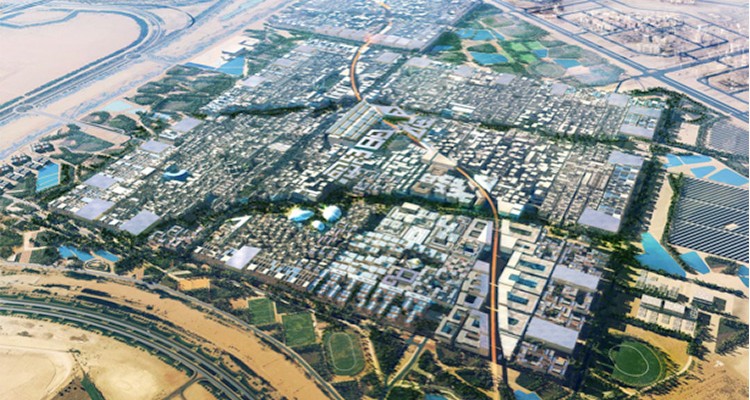 When the Prince of Wales made an intervention to ask the authorities in the UAE, it was about saving a cultural and historical asset that was of national significance to the Emirati on a land that belonged to them[i]. Twenty-one years later a similar request was made by the Prince, to the Qatari wealth-owners on a land they owned for a major development scheme. This time, though, that piece of land happened to be in the heart of London, which is today itself trying to cope with a similar urban challenge of its own: defining a patchwork of a city with its ever-expanding catalogue of high-rise towers and ultra-modern developments – many of which are now financed by investments from the same region that it has, in the past, acted as a protectorate to.

The relationships between the British and those in the wider geography of the Gulf are deep and long-lived. As Britain increased its influence in the Middle East from the 19th century onwards, it has forged a 150-year old history in the Omani Gulf – their ever-increasing paternalistic assumption of a protectorate role reached a peak with the discovery of oil in Abu Dhabi in the late 1950s. This model of indirect control through ‘local collaborators’ can be said to exist today, in even more complex form where some of the roles are now reversed. That the UAE is now proudly showcasing a collection of recent landmarks, finds no barrier to warrant a title reflective of a very popular contemporary theme on urban landscapes: memory and identity[ii].

As the same British engineers who worked for the development of the Shuwaikh Port in Kuwait surveyed the Dubai creek for dredging and widening to expand the infrastructure to serve a larger metropolis, loans were granted by the Kuwaiti and Qatari ruling families through the intermediary of the British Bank of the Middle East (formerly British Imperial Bank of Iran). The British Bank of the Middle East then provided services beyond that of a commercial bank and helped cement the emergence of modern Dubai. The flexible master-plan prepared by British architect/planner John Harris provided the framework for future development, as Dubai set up its own national bank in the late 1960s. Dubai’s own oil exports began in 1969 and led to the rapid expansion of the city from its initial layout, which consisted of three neighborhoods, Deira, Al Shindagah and Bur Dubai, around the Creek, a formation established long before the arrival of the British, owing to the city’s history of pearl diving and trade[iii].

When the rulers decided they no longer needed to keep some of the earlier settlements, al Bastakiya[iv] was amongst those slated for demolition in the 1980s, in order to open up space for a new skyscraper complex. In came the Prince of Wales, to pledge a convincing appeal to his hosts to keep al Bastakiya intact. At the time, Prince Charles was widely known for his favorable attitude to conservation and a severe dislike of the increasing “vertical, straight, unbending, only at right angles – and functional” architecture in London[v], a staunch position he maintains till today. Chief amongst his most recent victims has been architect Richard Rogers whose schemes for Paternoster Square and Royal Opera House projects were famously slashed by the Prince’s intervention[vi].

As seen with the case of al Bastakiya, Prince Charles’ ideas on architecture have always reached a zone of influence far beyond the boundaries of the British Isles, not just in geography but monetarily too. The latest row caused by the Prince has been over the Chelsea Barracks redevelopment in Westminster. When British newspapers reported in 2009, that the Prince had written to the Qatari Diar to pull back its support from Rogers’ scheme; the whole episode let to a lawsuit for damages of up to £81 million to property developers[vii]. However, despite the Chelsea Barracks fiasco, it is surprising to see just how much of London’s architectural portfolio is affected by Gulf investment. The Shard, the tallest building in the European Union is the jewel in the crown of a wide London real-estate portfolio enjoyed by the same Qatari Diar, which includes, among others, the town’s infamous shopping center, some of its most expensive residential units, a portion of its stock exchange, the American Embassy, and a major investment, the East Village, around the site of the London 2012 Olympics[viii]. Funnily enough, the Shard was one particular architectural centerpiece for which the then Deputy Prime Minister issued a planning consent despite heavy opposition from heritage bodies.

Qatar’s neighbors just across the bay, too, have aggressively been investing to get valuable pieces of the city, and although they have recently failed to buy the signature financial district of Canary Wharf in London[ix], the Mayor of London goes to work every day on land developed by financial resources from Kuwait. In 2012, Saudi Arabia invested £60 billion into the UK, while Abu Dhabi’s royal family have become the largest landowners in Mayfair (after the Duke of Westminster) following their own continuous investments since 2006 now valued at of £5 billion[x],[xi]. Some of these projects are naturally faced with much inspection for example, a deal struck with the Bahraini Government in 2013 to help build a new community on a 500-hectare land in the south of the country received much scrutiny from the British public with respect to the latter’s way of dealing with democracy protests during the “Arab Spring”[xii].

Gulf countries are, of course, not alone in investing in one of the most liquid real-estate markets, as their share of investments is on par with those from the Chinese, and also the Norwegians through their government-backed pension fund, one of the world’s largest sovereign wealth funds[xiii]. Owing partly to the less hospitable atmosphere in the United States following the 9/11 attacks, as well as the deep-rooted ties between the Gulf and the UK, the latter has found a source of bullion. It is with relish that the Mayor of London accentuates the city’s status as the unchallenged holder of the “unofficial title as the ‘eighth emirate’”[xiv].

Propelled by this resurgence in its upmarket real-estate, this “eighth emirate” has been forced to make a decision on what type of preservation it should turn its back on: the much-loved landscape or the early-20th century planning ideal that has come to protect much of what still makes Great Britain a mixed land of post-industry and greenery. “Growing up” or “growing out” have been the two alternatives, and the former has been the favored option with demand for high-rises increasing on an annual bases[xv].

Known largely for investing in the trendier areas of Mayfair where Gulf buyers are estimated to be making 10 per cent of all purchases, money has started to pour across the city with an eye to reap the highest benefits from its recovering housing market[xvi]. However, not all of this skywards growth is associated with creation of new human environments. The increasing number of “ghost blocks” has been an outspoken phenomenon[xvii] and with acute housing crisis becoming one of the key talking points for the upcoming general elections in May, there emerges a discrepancy between these new towers of steel and glass and the land upon which they sit.

While this special relationship between London and the Gulf continues to receive a helping hand from the Mayor with his occasional trips to the latter region, there seems to be very limited space left for the Prince who would much rather these skylines be built elsewhere: “It would be a tragedy if the character and skyline of our capital city were to be further ruined and St Paul’s dwarfed by yet another giant glass stump, better suited to downtown Chicago than the City of London”[xviii].

London’s newly found excitement[xix]in ushering foreign investment is counterweighed against its attempts of creating “new old neighborhoods” as part of a legacy plan that sits within a much larger framework of its urban desires[xx]. This sentiment repeats itself in the Gulf, which also grapples with contemporary and contrasting views on urbanism. As new developments in the Gulf continue to mimic Los Angeles or Las Vegas[xxi] more than the Londinium of the Romans, it is difficult to fully explain the rich legacy from which one should expect to draw a different diagram of what “Middle Eastern / Arab / Islamic urbanism” may be. If Richard Rogers is one of today’s most established architects in the UK, Sir Norman Foster’s name will be even more familiar to those in Kuwait and the United Arab Emirates; his firm’s work includes the National Bank and the International Airport in the former and the Index Building in the latter. An ideologue by his own definitions, his vision for the future may have been a motivation for his selection by the people behind the Masdar City development in Abu Dhabi.

Masdar City, to which the Prince of Wales was once made a patron, is principled on the buzzword of current urban times: “sustainability”. It would be a major mistake to single out Masdar as an outlier in the long Middle Eastern tradition of sustainable architecture and urbanism. The project’s ambitions to create a zero-carbon city with its reduced need for energy and water borrows from a long tradition of effective architectural principles developed around these geographies. The city’s tight and dense grid is a direct response to the Islamic urban principle of narrow streets allowing penetration of light and circulation of air, many examples of which can be found not only in the winding streets of Andalucia in southern Spain but in the historic neighborhoods such as al Bastakiya in Dubai[xxii] — whose famous wind towers motivated the Prince’s calls for preservation, have been interpreted with a modern twist at one of the few buildings, namely the Masdar Institute of Science and Technology, that have been realized in what otherwise has been an ill-fated project due to the 2008 financial squeeze[xxiii].

The question regarding the quality of the urban environments in which we live has, intrinsically, as much to do with the aesthetic principles with which they are built, as it has with what sort of human environments they create and who calls the shots (and how) on who will be experiencing these environments, if anyone at all. Just as the Harris master-plan provided a backbone to what was to follow, the opposite forces now leave significant marks on the capital of the once-protectorate. It may help to let go of foregone titles, in favor of a more consistent dialogue, both within and with one another.