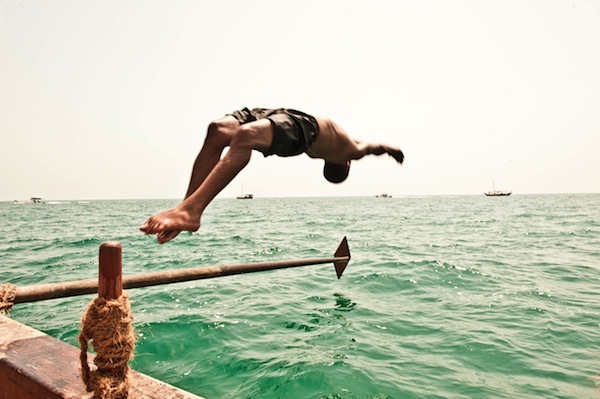 This quarter’s ArteZine is focused on the question of collecting sound and performance art. Embracing sound art and broader sound archiving practices in the Middle East, UNCOLLECTABLE is packaged into literary and performance components that work together. They investigate the noticeable shift in the Middle East art world towards more performative and conceptual work (e.g. Hassan Khan, Magdi Mostafa, Hassan Hujairi, Tarek Atoui, Abdulnasser Gharem). Many see sound art as being housed within a broader spectrum of performative and multimedia-based work. This caliber of artists often also dabble in video installations, improvisational DJing, and temporary ‘popup’ concepts. Hence they do not always agree to define themselves strictly as sound artists but that’s how we chose to look at them for a focus.

Concerns regarding the collection of such work are not isolated to the region. The idea of collecting sound art is a fresh discussion in the global art world. The Tate Modern for example, has launched a two-year research initiative titled Collecting the Performative that brings together Dutch and British scholars and museum professionals to “draw upon the practices of dance, theatre and activism in order to identify parallels in the concept of a work and related notions of authorship, authenticity, autonomy, documentation, memory, continuity and liveness” (According to the Tate Modern’s website). Moreover, performance art has demonstrated that it carries great potential to impact internet culture; MoMA has successfully catapulted two landmark performances into the vortex of the viral web (i.e. Marina Abramovic’s The Artist is Present and Tilda Swinton’s The Maybe). Much like the frustrations that marketers face with “unmeasurability” or scientists with “undetectablity,” uncollectability represents a unique challenge to the arts community on a global scale. Uncollectability (whether intentional or a consequence) enables artists to maintain their autonomy. It can be seen as an aesthetic form of resistance where, for example, your work can’t be hung in someone’s living room.

This issue can be seen as a glimpse into the conversation and not as a publication that dissects sound art in a mutually exclusive, collectively exhaustive manner. You will find that this collection of contributors complement one another to convey the far-reaching impact of soundscapes, when we come to think about sound as a foundation of not only music, but life itself.

Hasan Hujairi is a Bahraini sound artist currently studying Music Composition in the Department of Korean Traditional Music at Seoul National University’s College of Music. His personal narrative, “The Endurance of the Impalpable and Other Concerns: A Sound Artist’s Story” conveys his struggle to perform in his homeland and the dynamics of his performance experimentations with a diverse range of instruments. His essay provides insight into the awkwardness of being a non-commercial sound artist in the Middle East. Through Hujairi’s experience, we find how the scrutiny of organizers and collectors keeps experimental music from reaching its regional audience. In the introductory essay, Hujairi articulates the core problem driving the focus of this ArteZine, “Fleeting, temporary sound is hardly something that seems to fit the mold of what the more “traditional” art collectors are after…” Hisham Awad is a Beirut-based theorist who offers a deep investigation into the work of Rabih Beaini, DJ Morphosis. His underlying perspective is that in order to capture the complexity of Beaini’s work, the biographical and the narrative would fail as methodologies. His essay, “The Morphology of Rhythm: An Examination of Six Works by Morphosis” employs an associative approach (as opposed to a biographical, journalistic one) to consider DJing and audio-constructions. His mode of writing verbalizes the depth of music’s sensorial power while also assessing Beaini’s achievements by identifying patterns in his discography. Awad offers a theoretical response that gives the reader a tactile idea of what the music sounds like, ” Beaini’s mix demonstrates with great precision the potential of the mix or live DJ set to construct an environment that is permutable, giving a sense of something that is difficult to confine or collect, a creation that is seemingly unbound… ” Finally, Ghazi Al-Mulaifi, PhD Candidate studying ethnomusicology at NYU’s Department of Music, draws on his field research, his essay, “All the Men Died at Sea” focuses on the transformation of pearl diving traditions. His narrative draws on his personal ancestry and national heritage to articulate how traditional Kuwaiti music operates within culture. The essay is accompanied by photographic work and recorded samples from his pearl diving expeditions. In the following excerpt he reveals his deeper concern about the pedagogical practices, “The days of pearling-life exist in residual traces housed in old A/V recordings, occasional performances by heritage musical groups, and in the transfer of knowledge from the elders to the children during the annual heritage expedition…”

In the qualitative research I’ve undertaken for the past 6 months, I’ve uncovered audience mobilization efforts in Egypt, Lebanon, and Morocco. Many of these scenes have developed without the involvement of collectors and curators. Rather than present this kind of work as something to be sold, mobilization efforts were perpetuated by the presence of niche record labels, progressive venues, festivals, and workshops that seek to bolster local engagement with sound experimentations. My research reveals that the growth of sound art is driven by diverse interests ranging from a seemingly infinite array of frontiers and angles (music and art being the primary entry points for most).

Unfortunately the presence of sound art in the Gulf is an entirely different story. As Hasan Hujairi reveals, while audiences reflect an enlightened understanding of sound-based art practices, there seems to be an institutional apathy and discomfort with sound art (particularly amidst event organizers and venue owners). In my personal experience playing alternative rock music, most of what I’ve received are encouraging words mixed with an agitated response to my style of singing and the idea of playing strictly original music. Hence, despite the rise of Doha and Dubai as nodes of the Middle East’s art world, sound artists have to do a good amount of heavy lifting to be granted permission to make sound. Gulf musicians and sound artists perform in a highly regulated space where they feel like black sheep.

Independent musicians should learn to “get away” with commercial success much like contemporary artists do. As a musician I seek to expand what is commercially viable for other Middle Eastern musicians by looking towards the world of sound art for ideation and inspiration. In order for the Middle East’s independent musicians to overcome the hegemonic gravity of corporate entertainment (e.g. MTV Arabia, Rotana) we must look to trends already developed within the fine arts community.

+Aziz is a Kuwaiti songwriter who integrates trends outside the entertainment industry to support his music. He has been working as a trend spotter for the past four years. Having released a debut EP SoHo Spirit, he hopes to leverage his musical achievements to develop a 45-minute animation through his start-up The Music Parade. Based in NYC, he writes for publications such as PSFK, Khaleejesque, Kalimat, and Oasis Magazine. He has presented his vision of cultural trends impacting the Arabian Gulf through a workshop hosted by NUQAT, a design conference held across GCC countries.

The Endurance of the Impalpable and Other Concerns: A Sound Artist’s Story

The Economy of Hope