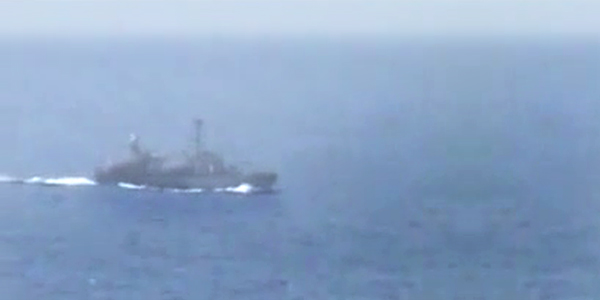 Al-Raml Al-Janoubi (the Southern Sands) is an impoverished neighbourhood south of Lattakia city in Syria. The neighbourhood is divided into many districts, four of which are located on the coastline, from east to west respectively: Al-Shalehat (Chalets) which include a military residential complex, Talae’e Al-Baath Camp (Baath Party Vanguards camp) made to incubate the primary school students’ summer activities, the Palestinian refugee camp al-Raml, and Masbah Al-Sha’ab neighbourhood.

The Talae’e Camp has a dramatic relationship with the residents of the surrounding neighbourhoods, especially those of the adjacent Palestinian Camp. This could be attributed to the alignment and direct contact between their sandy coasts on the one hand, and to the transient functions of the Talae’e Camp.

The Talae’e Al-Baath Camp is a large green area with restricted use of it and its southern public sea front, with walls on the other three sides. It carries, nevertheless, special memories for many residents of the Palestinian camp, mainly those who have managed to access it. They did not experience it as participants in the Baath camp, but as an alternative for a much needed green space. For these people, it functioned for recuperation and business:

Before the recent events, Talae’e Al-Baath Camp was not a security area, I swam in its waters very often. I went into this camp with a shepherd very often when I was small, or with my father when he was keeping bees there, or even to play football. My father has the bee hives since a long time, he put them in the camp because there are flowers and so, he left the hives during the period of collecting because bees need something to eat. The shepherd left his cattle in the Talae’e Camp, it lived there, but he lived in the Palestinian Camp, his house was very close to the Talae’e Camp. This situation remained for a very long time.

Ahmad, a former resident of Raml, smiles and adds

No, they did not allow whomever to enter, only those who know the guardian would enter, but those who don’t are prohibited to enter.

These selective closures and occasional uses of the Talae’e Camp shaped the relations between the two camps; this relation peaked when the Viva Palestina 5 convoy stopped in Lattakia carrying humanitarian aid and 360 activists intending to break the Israeli siege of Gaza, October 2010. The Talae’e Camp hosted the team of the convoy, until its departure to Al-Arish port in Egypt, and it was opened to the Palestinian families to attend different activities. The Palestinian Camp experienced a few days of hope and excitement. The life of the Palestinian residents changed completely in those days through their interactions with the activists, either in the Palestinian Camp or the Talae’e Camp.

Muhammad a former resident of the Palestinian Camp, an accompanier volunteer of the activists elaborates,

The activists of the convoy always toured the Palestinian camp, they had always been invited for local meals, and they entered the houses of residents. The children were very joyful, it is natural you know, foreigners supporting our cause and heading soon to Palestine. Basically, the smile was on the faces of all the children, they all wanted to learn English to be able to speak with the activists, to take pictures and invite them home.

Few months later, the Syrian and Palestinian residents of Al-Raml Al-Janoubi discovered the ugly face of the Tale’e Camp which seemed a friendly district on their sea. Furthermore, they were forewarned of what their sea could bring from the far away, not only ships of relief. Following their involvement in the Syrian revolution, there was a significant event that changed the face of Al-Raml seaside, in Jume’et Al-Ashaier (the Friday of tribes). Ahmad, a former resident of the Palestinian Refugee Camp explains:

It was the largest demonstration in Al-Raml Al-Janoubi compared to the ones before. There had been around 3000 people who gathered in the Syrian neighbourhoods and entered the Palestinian Camp from its western end, they walked the long street and reached the corner of the sea, they turned, and then reached the top of Yousef Naddaf school, and ripped Bashar and Hafez pictures. This rooftop is exposed to the rooftops of the Talae’e Camp, which is directly behind. So the soldiers went upstairs to the roofs and started shooting. People were killed in the school, in the street that faces the camp, and on the corniche. 13 people were killed apart from the casualties. Of course at that time, it was considered a big massacre. On this day, 10/06/2011, the first appearance of gunboats was recorded.

At this point, massive reinforcements were brought to the Talae’e Al-Baath Camp to be turned into the largest military base in Lattakia city. Hundreds of soldiers with heavy weapons including artillery and tanks were barricaded inside this location. Talae’e Al-Baath Camp became the starting point of all land military violations in the city and its seaside. Checkpoints surrounded the Talae’e Camp and snipers topped its surveillance points and roofs. The south western corner of the Camp’s wall is a weak-point because of its relation with the sea. Thus a sniper was dedicated to secure it from possible intrusions. Checkpoints and snipers also divided the coastline of Al-Raml Al-Janoubi into distinctive lines and occupied a public building at each checkpoint. The flourished courniche where people bring their own tables and sit in the Palestinian Camp 10-05-2013.

On 13/08/2013, the Syrian army besieged the area from all directions: three land fronts and the sea. It was reported that several warships played a role in the siege.

First, there had been calls from the invading forces to evacuate. Thousands of Syrians fled their homes and, according to UNRWA reports, approximately 5,000 Palestinian refugees fled from their houses. In the early morning of 14/08/2013, the land forces broke into Al-Raml Al-Janoubi from the Palestinian Camp’s eastern front, in a fire coverage from Syrian navy warships in the sea.

Warships probably came from the port, but it’s clear for us that they were coming from far away and they were progressing towards the beach very slowly. How close they came I do not know, but they were very close.”

During and after all these military strikes, people stopped reaching the sandy beach of Al-Raml, particularly of the Palestinian Camp adjacent to the Talae’e Camp, even until today, people don’t reach the eastern part of the beach as it is directly connected to the military zone. A remarkable deterioration of the civil activities on the seaside was observed: swimming, fishing and even sitting on the beach became unsafe in that period and at least in the following three months. A café where people usually enjoyed their summer days at the sandy beach was removed from the area.

After the invasion, people returned home in ten days, but fishermen feared fishing, people didn’t dare to come close to the sea for three months. And then it gradually became normal. But still people fear sometimes. And sometimes fishing is prohibited for certain periods until now, there could be orders that it is prohibited to sail for few days for example. Until now, it is not allowed to sail or fish in front of the Talae’e Camp because it doesn’t have a wall on the seaside and so people could sneak in. The Syrian regime’s warships have appeared frequently in front of Al-Raml coast since 29/08/2013, after the foreign military strike was announced. This harmed the civilians’ usual activities related to the sea. Two days ago, in 09/09/2013, there has been a Palestinian guy sailing his fishing boat, a normal small fishing boat. By mistake, he went close to the beach of the Talae’e Camp, so the sniper shot him. Now he is wounded, I don’t know about his wound, but they told me it is in the chest.

A shot fisherman in his sailboat, a sniper, an abandoned beach in summer, a divided coast and navy attacks all are factual images from Al-Raml coastline. But they all appear diluted between fact and fiction to those who have not experienced the plot but have got to know the set of them. I, having been at the Tala’e Camp and the adjacent beach in 1996, cannot realise these intense events. I can think of having been in Daraa Basketball team and having travelled with my team to the National Talae’e championship in the same camp, but not of the sniper or the tank there. It is easy to remember having enjoyed and jumped obediently with the warm waves and also having drown and screamed with my childish voice, but I cannot imagine a bullet having passed just exactly there and hit the sailor in the chest. After 17 years. When we had our second loss in the final Match against Deir Al-Zor team we went for the second time to the sea, I remember the sandy beach full of children and families. Did I see Ahmad swimming among them in the Mediterranean? Fisherman on the eastern beach of the Palestinian camp, 2013.

The irony is that they were not besieged only by gunboats while in their camp in Lattakia, but also at Alexandria’s waters when they were brought down from their migration boats. They had twice their dreams repressed before this deadly sea. In 26/09/2013 the Egyptian authorities detained four former Al-Raml residents among nearly 90 Palestinians from those who fled the Syrian regime’s violence to Egypt and paid all what they had to migrate over the Boats to the Italian coasts. Some others have drown and others, in other boats, have arrived. Ahmad, the Palestinian young man in his second Diaspora, wrote me today, the 2nd of October, 2013:

“I am on my way to the island south of Italy. From there I will go to Milan or Rome and after to Norway or Sweden. I will answer whenever I could.”

Ahmad at this time is in the Sea, crossing the deeper waters on his lucky boat to Italy, hoping to witness no more deadly boats in his life.