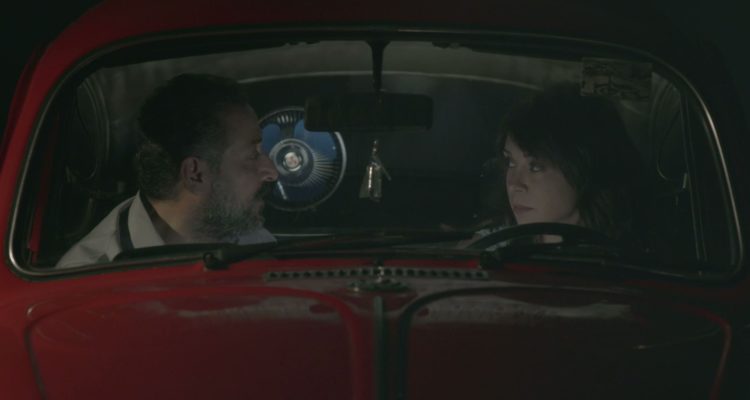 ArteEast partnered with the Arab American National Museum, the Arab Film and Media Institute, and Cinetopia Film Festival, to bring together a wide range of new and classic films by Arab and Arab American filmmakers. “Eccomi…Eccoti” unfolds as a virtual road trip navigating between Italy and Lebanon. Conditioned to live in a long-distance relationship with his partner because of strict European visa regulations, the director patches together the shared moments in an attempt to create a possible day-to-day reality for the couple. With a lyrical, ambient soundscape set atop a dreamy visual style oscillating between still photography and moving images, the film explores what it means to be gay in contemporary Beirut, and the existential discomfort that blocks one from reaching a sense of completeness.

Using the road as an analogy for life in Cairo, Cairo Drive explores the unique personality of Egyptians as they go about their daily struggle of simply moving about the city. The film introduces its audience to the contrast between residents of the massive city, from different walks of life and displays how those differences are often erased when they have to share Cairo’s congested roads.

Following the film is a talkback with Egyptian American director Sherief Elkatsha, moderated by ArteEast board member and CEO of Arab Foundations Forum, Naila Farouky. This Mother’s Day, to honor all of the amazing women and mothers in our lives, we are showcasing some of the best short films that highlight Arab American women making an impact, all directed by women! Whether standing up for their beliefs, finding their voice or changing the course of history (literally!), these Arab Americans make us proud by sharing their strength, multifaceted lives and passion with the world.

All films in Arabic with English subtitles.

Directors Darine Hotait (Like Salt) and Suha Araj (Pioneer High) will appear for a post-film talkback! With everything going on in the world right now, taking a detour through great cinema can be a helpful escape. These short films, all screened at a previous AANM Arab Film Festival, tackle serious issues through elements of comedy and animation. Whether taking us on an out-of-body experience, exploring a lifestyle change or dealing with unexpected visitors, these beautiful short films give us a glimpse into the complex problems and interesting situations we can find ourselves in.

All films in Arabic and/or English with English subtitles. Total runtime: 61 minutes.

Directors Basil Khalil (Ave Maria) and Khalid Salim (Veganize It!) will appear for a post-film talkback. A romantic comedy about a love story between Jordanian Monaliza and Egyptian Hamdi, set in present-day Amman among a community of nosy and quirky characters.

The screening was followed by an interview with Director Fadi Haddad. After having its Michigan premiere at the AANM Arab Film Festival last year, Life is Waiting — Referendum and Resistance in Western Sahara returns as the first online screening in the Arab Films Online series.

Most people think that colonialism in Africa has ended. But in Western Sahara, the end of European rule gave way to a new occupation, by Morocco. More than four decades later, the Sahrawi people face arrests, torture and disappearances for demanding their independence.