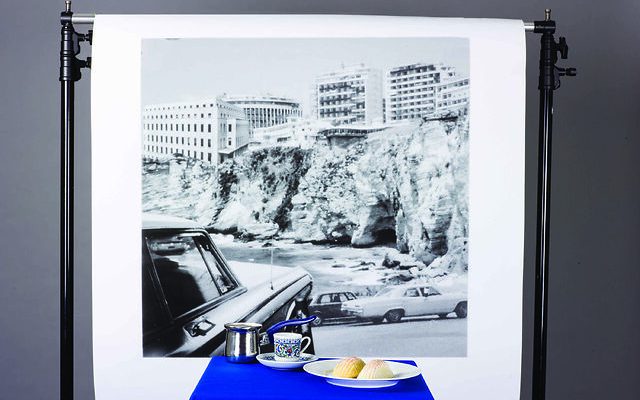 ArteEast is pleased to present an interview with artist Lara Atallah as part of our Artist Spotlight.

Lara Atallah is a New York-based artist and writer. Her practice is informed by her interest in the political nature of landscape, and the power it holds to reshape our perception of borders. Her work has been exhibited in the US and internationally, and is part of the Onassis Cultural Foundation’s collection in Athens, as well as the NYU Langone Art Collection. Recent exhibitions include the American University Museum, Trestle Gallery, ON CANAL. Her first book, Edge of Elysium, Vol.1 was published by Open Projects Press in September 2019. Her writing has appeared in Artforum, Camera Austria, Flash Art Italia, and The Brooklyn Rail among others. 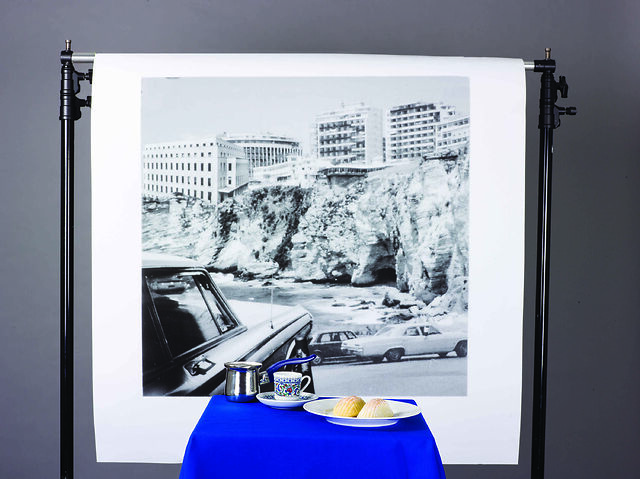 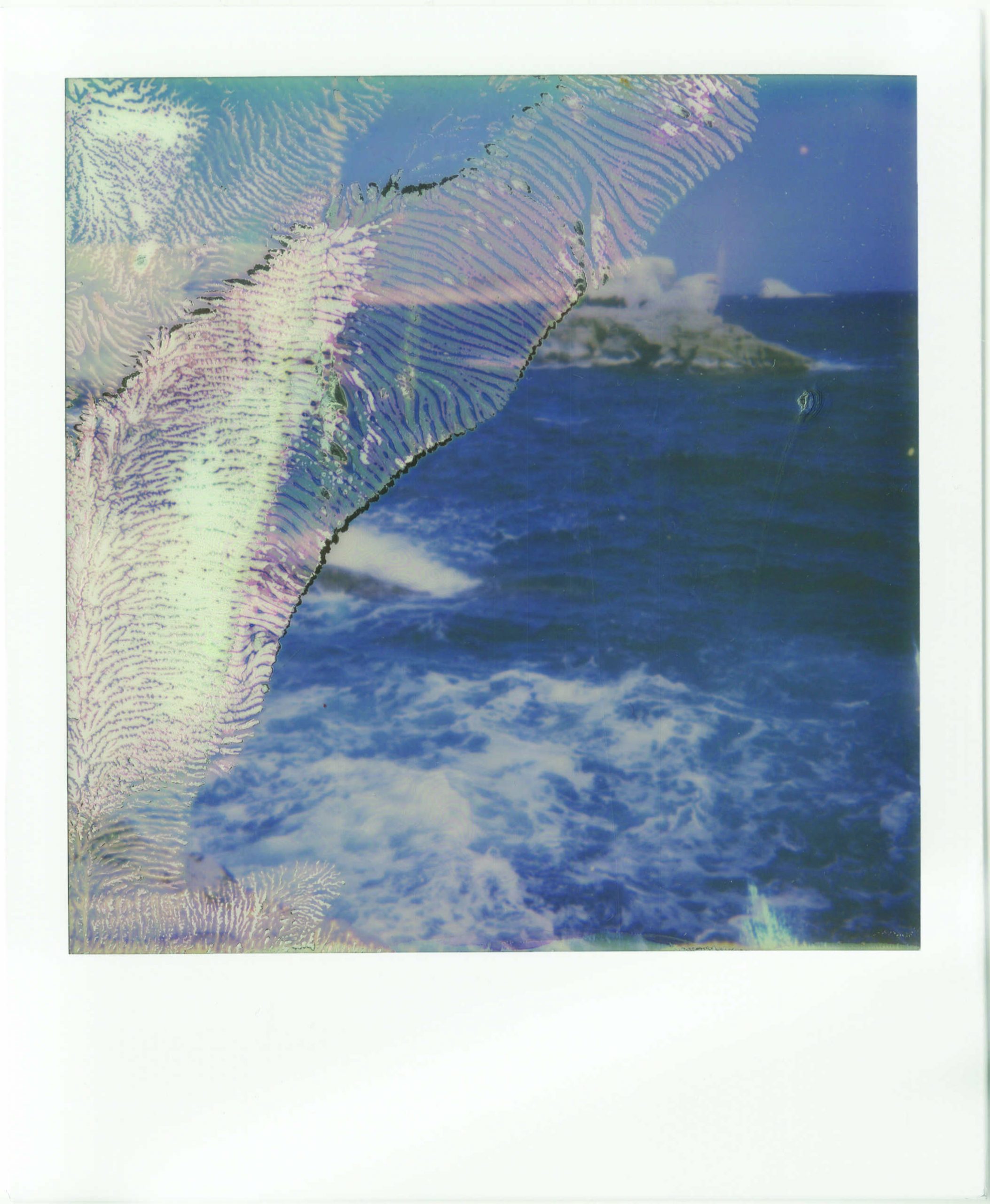 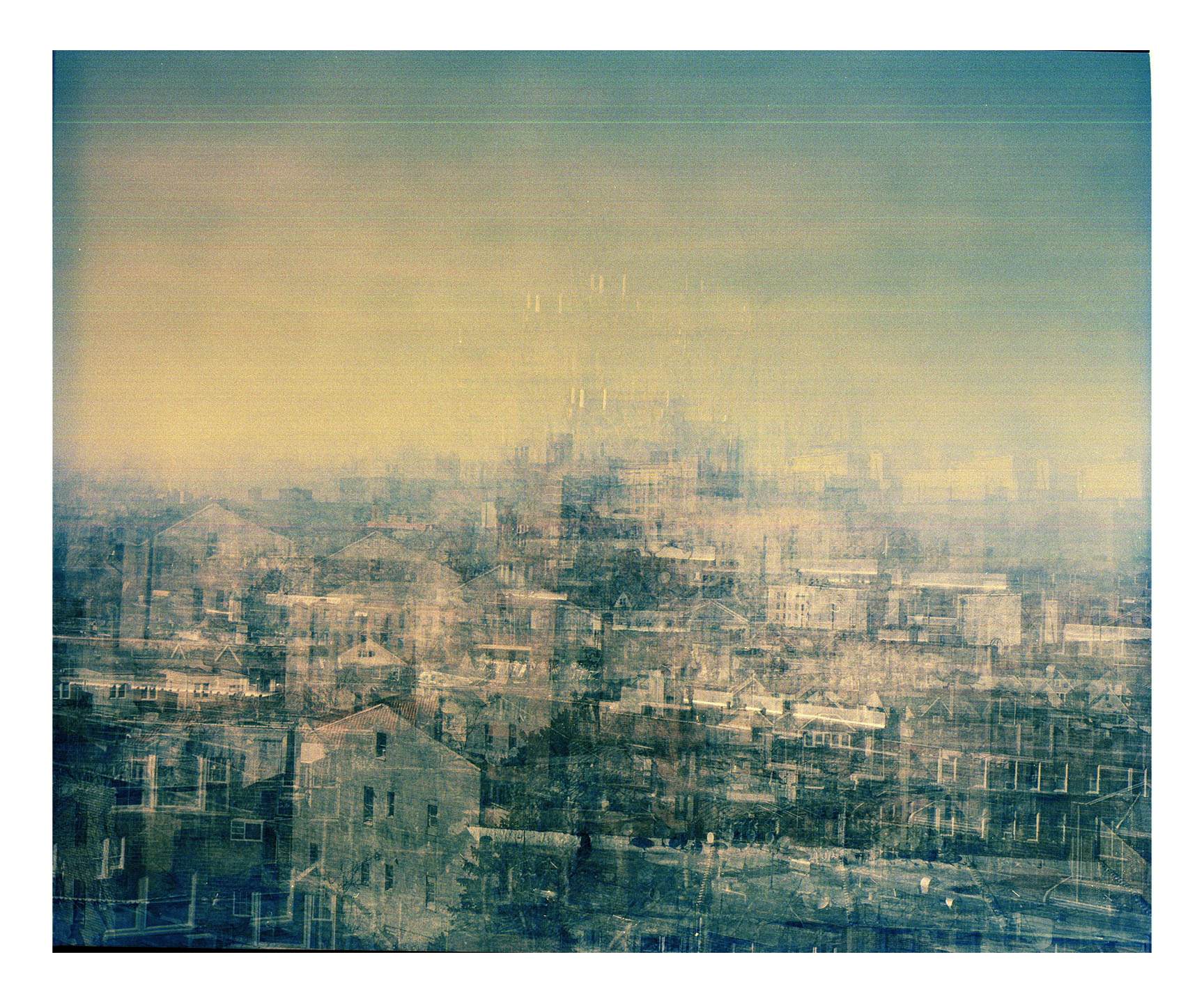 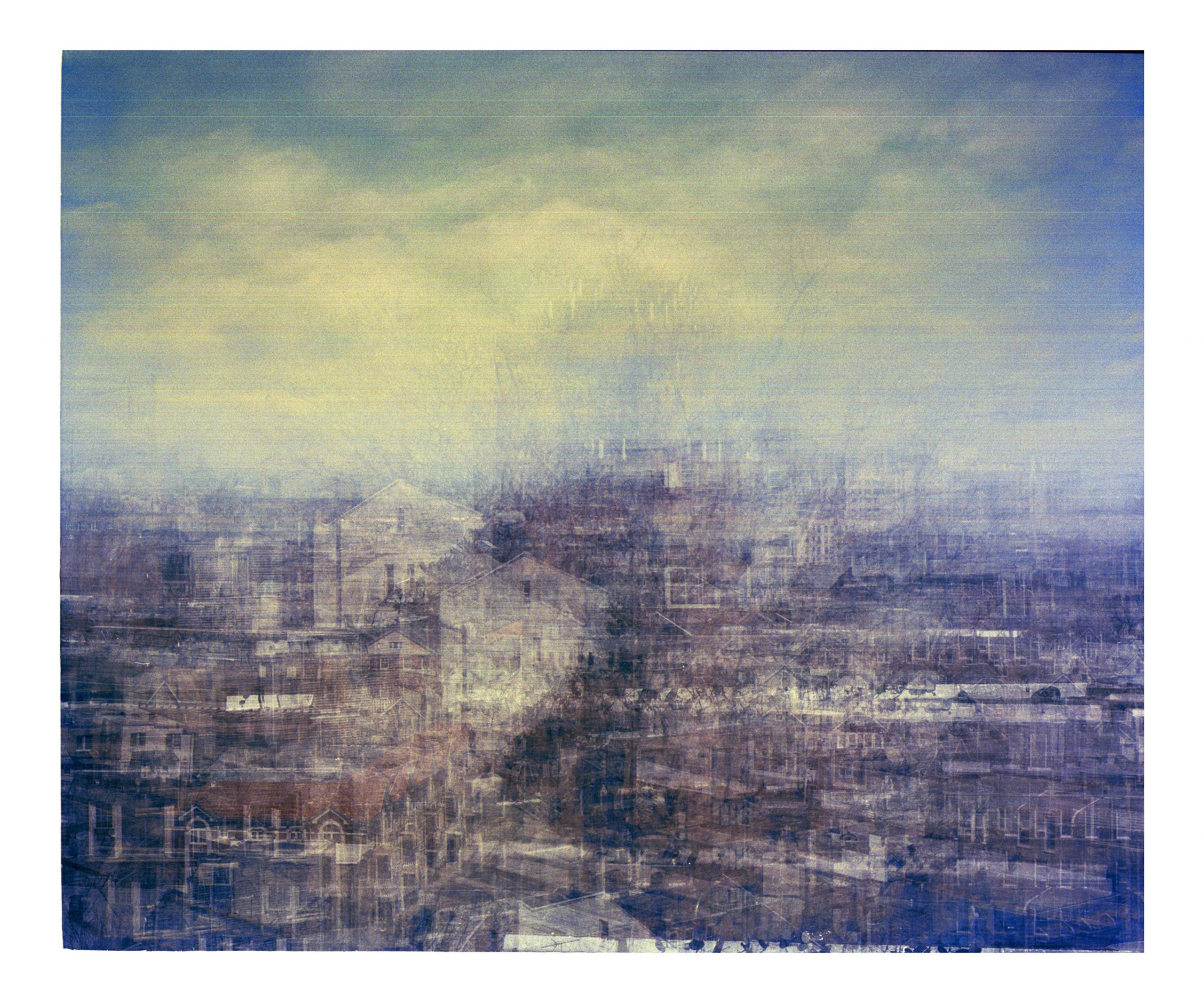 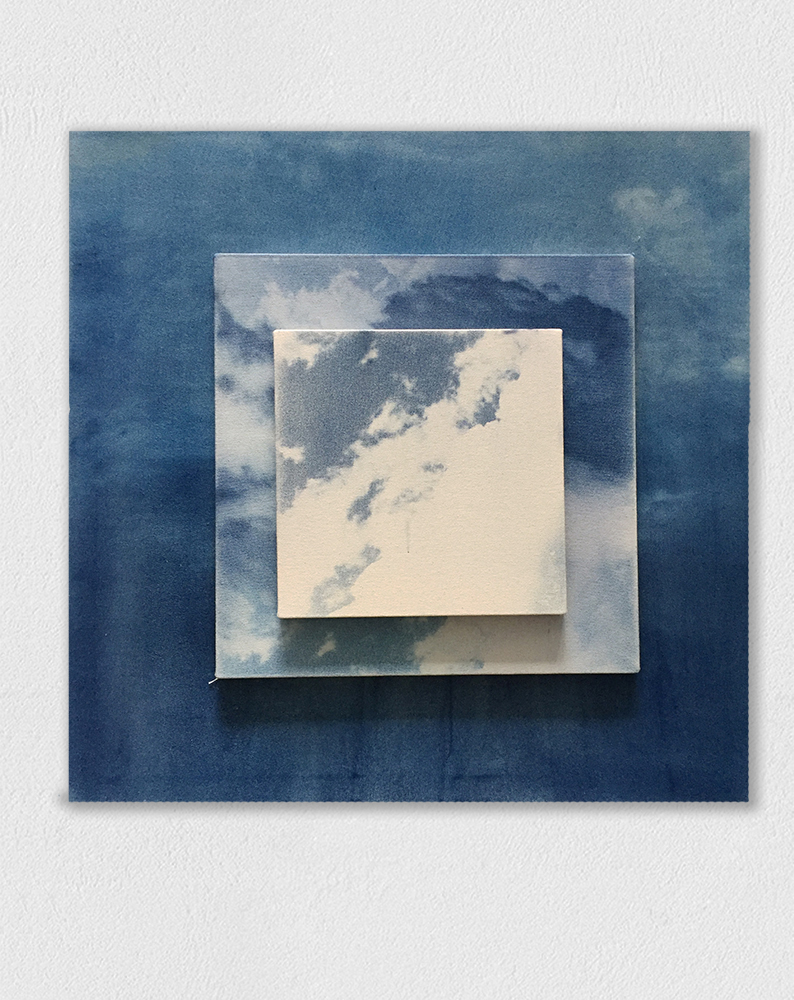 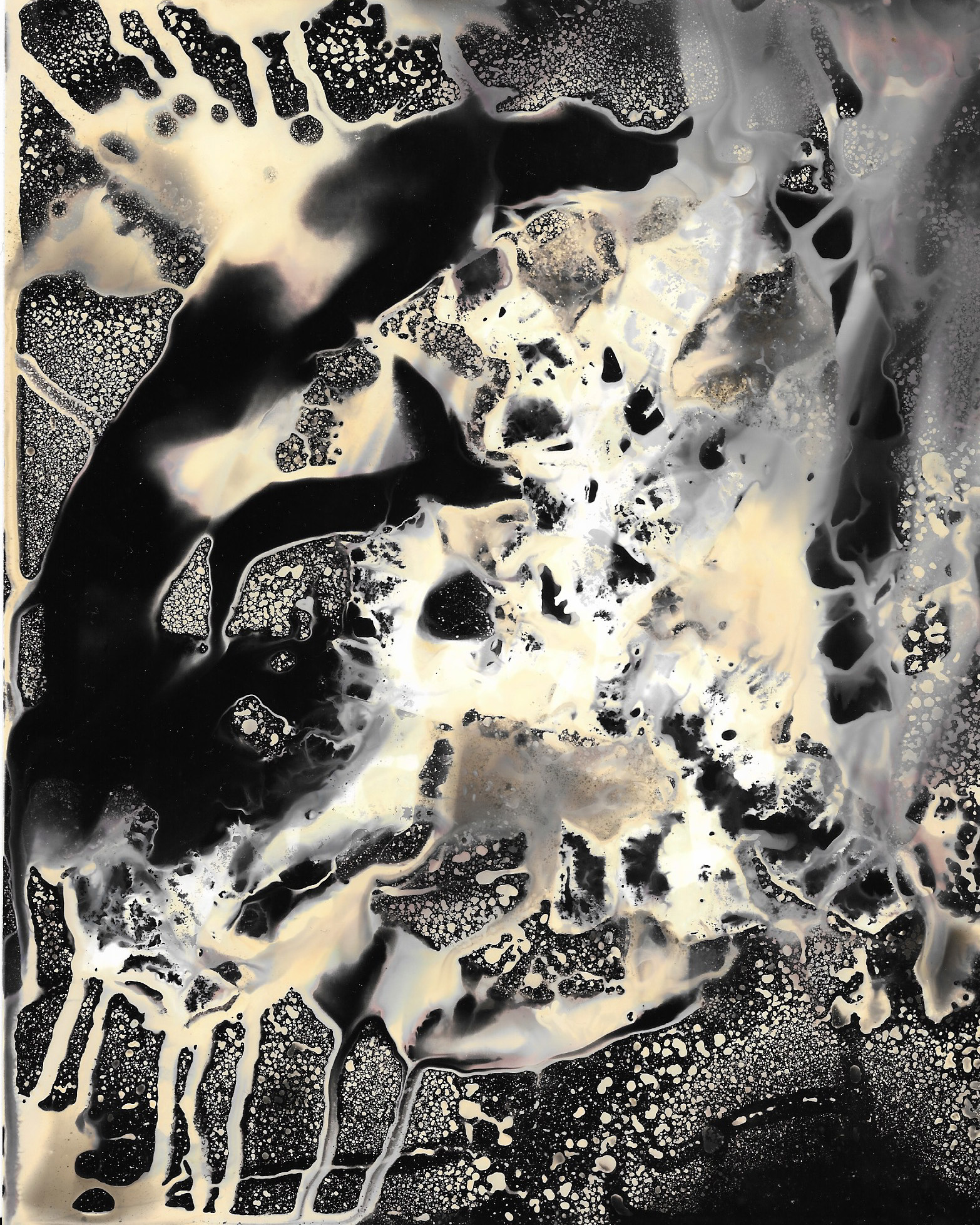 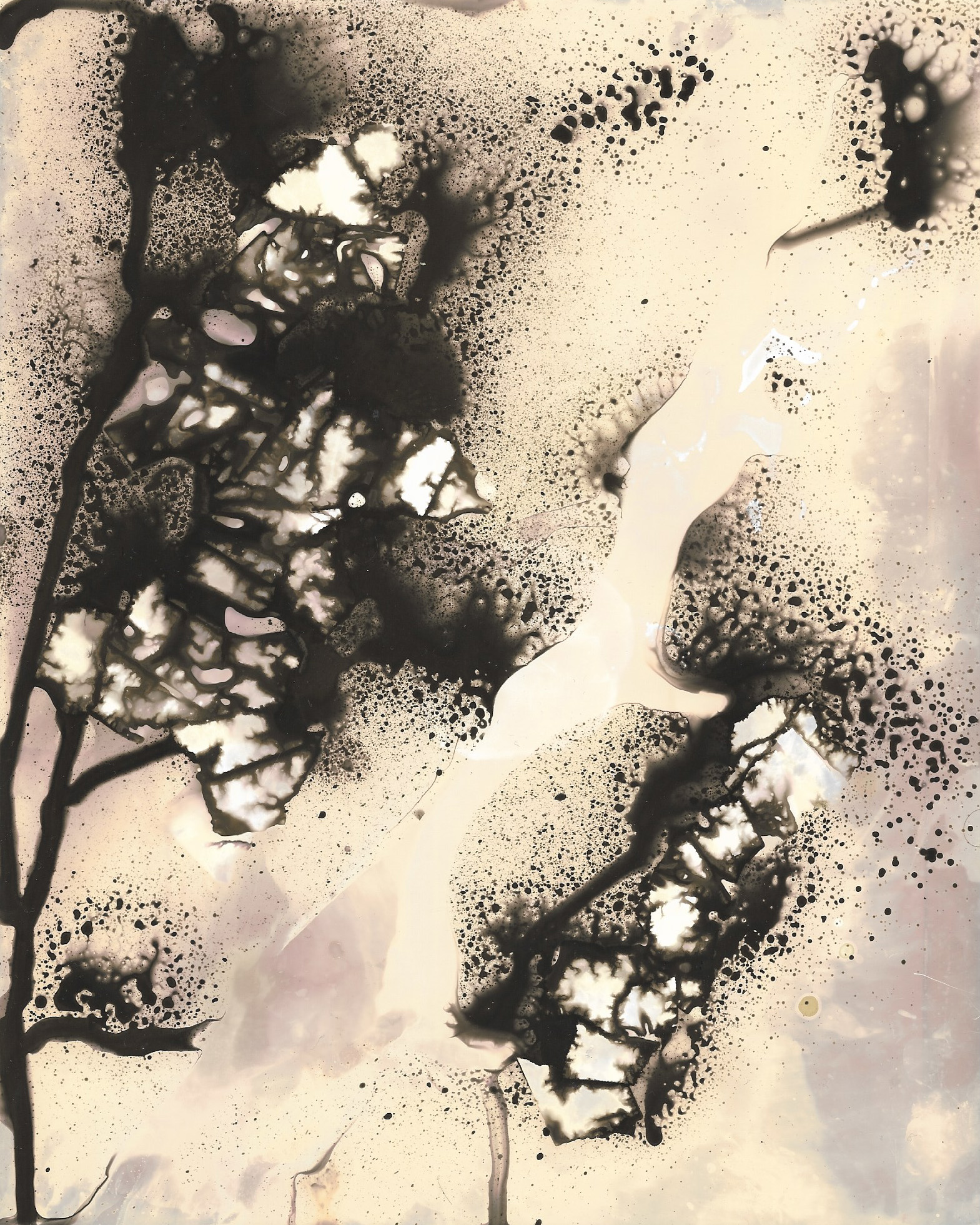 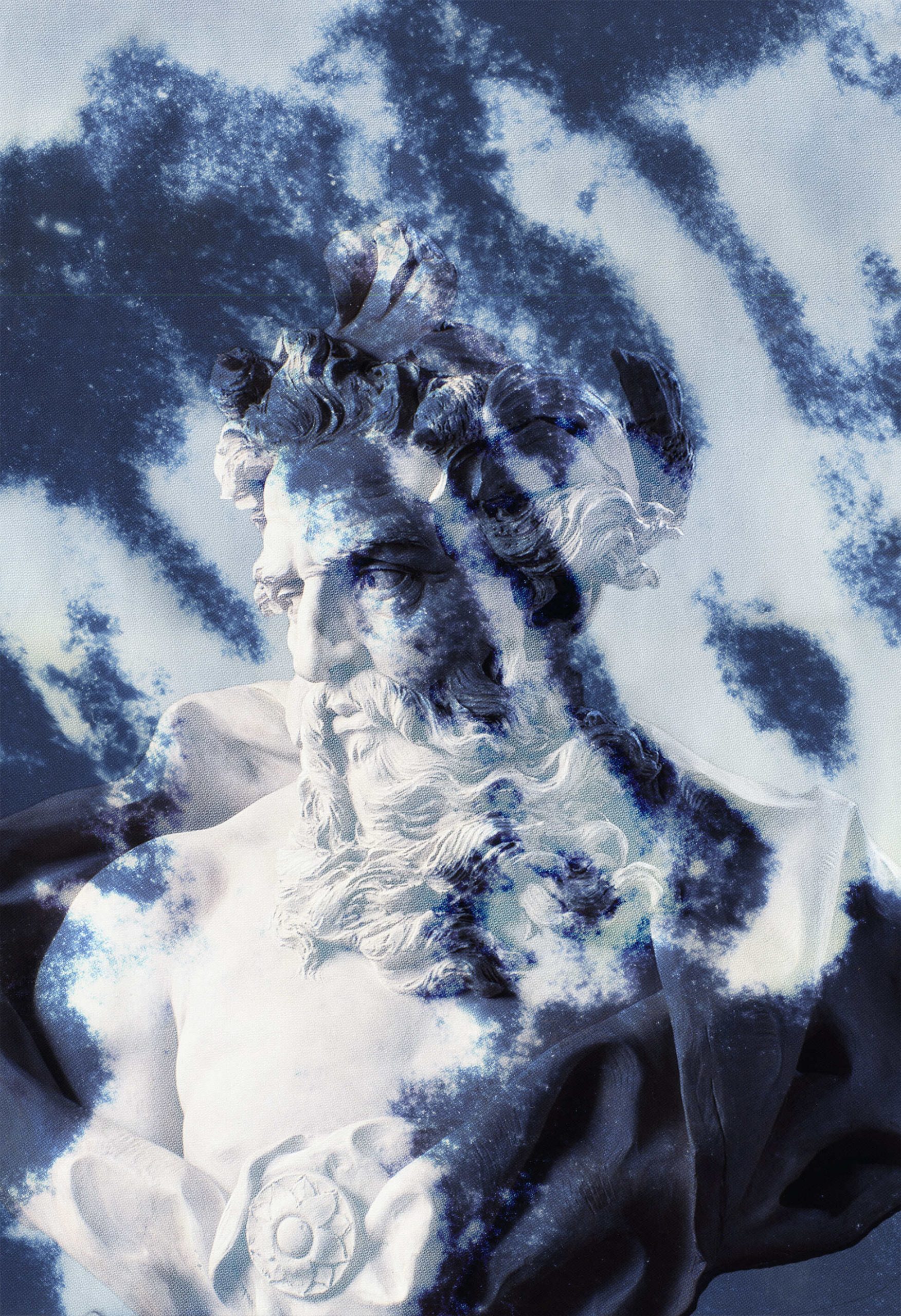 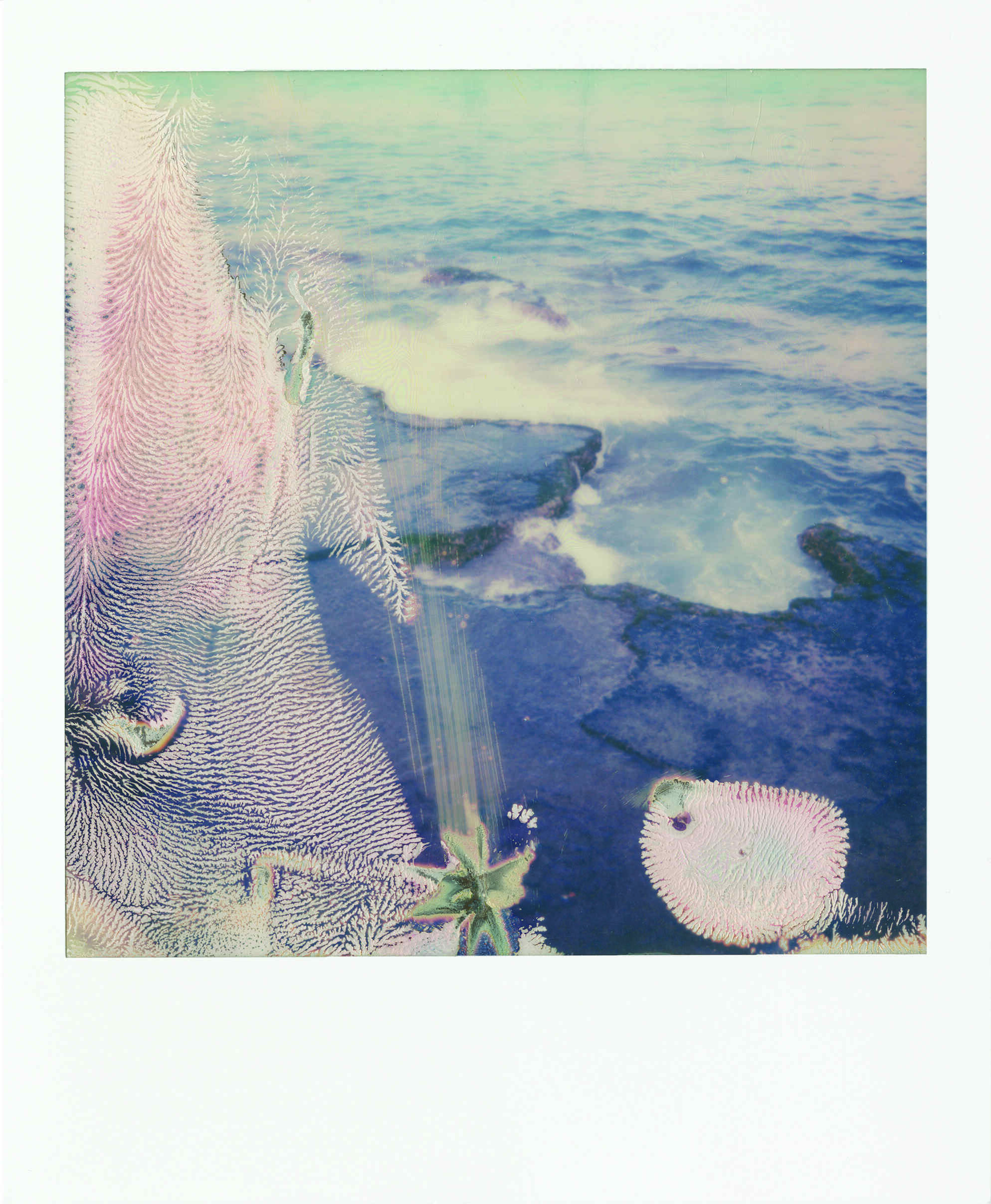 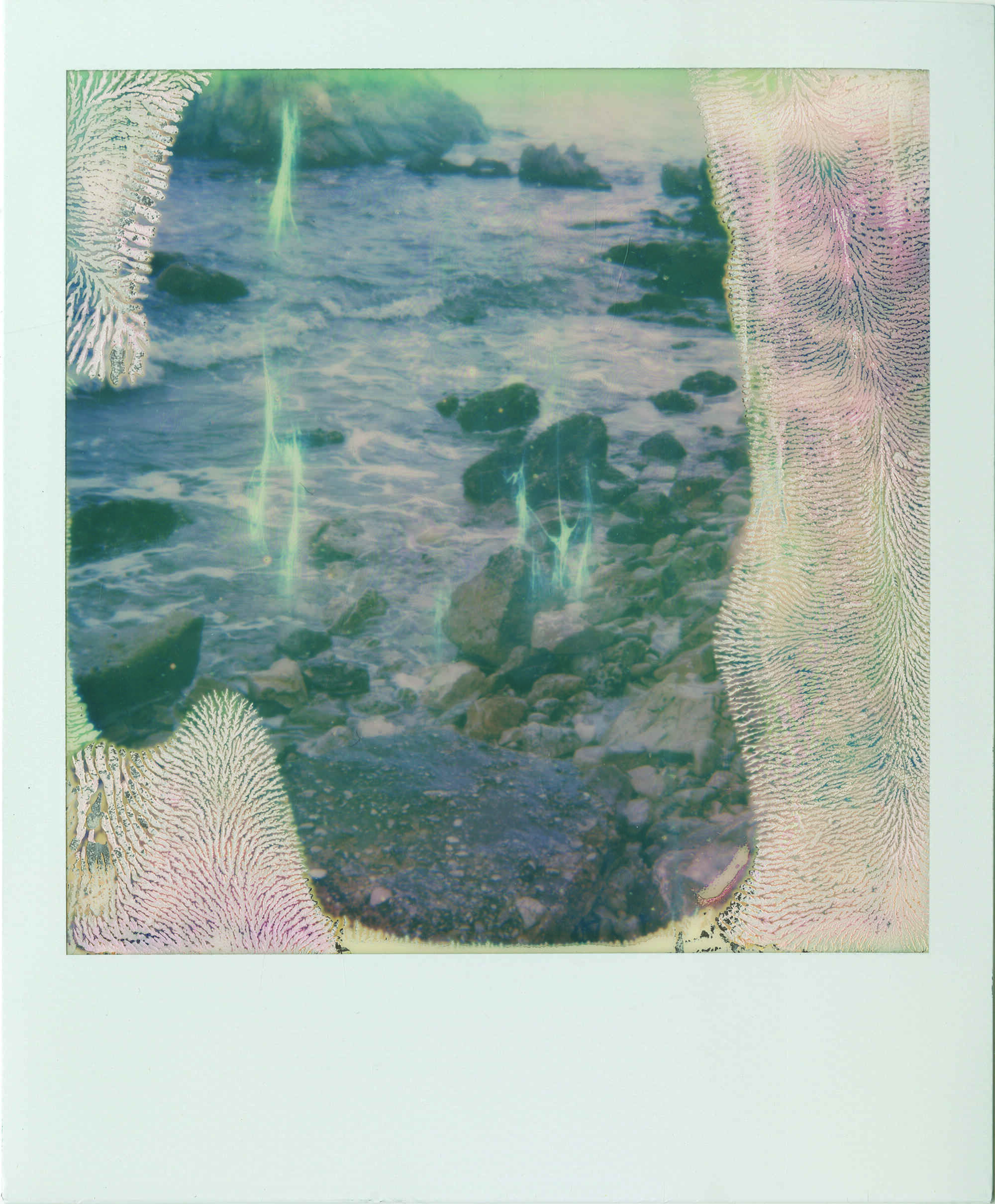 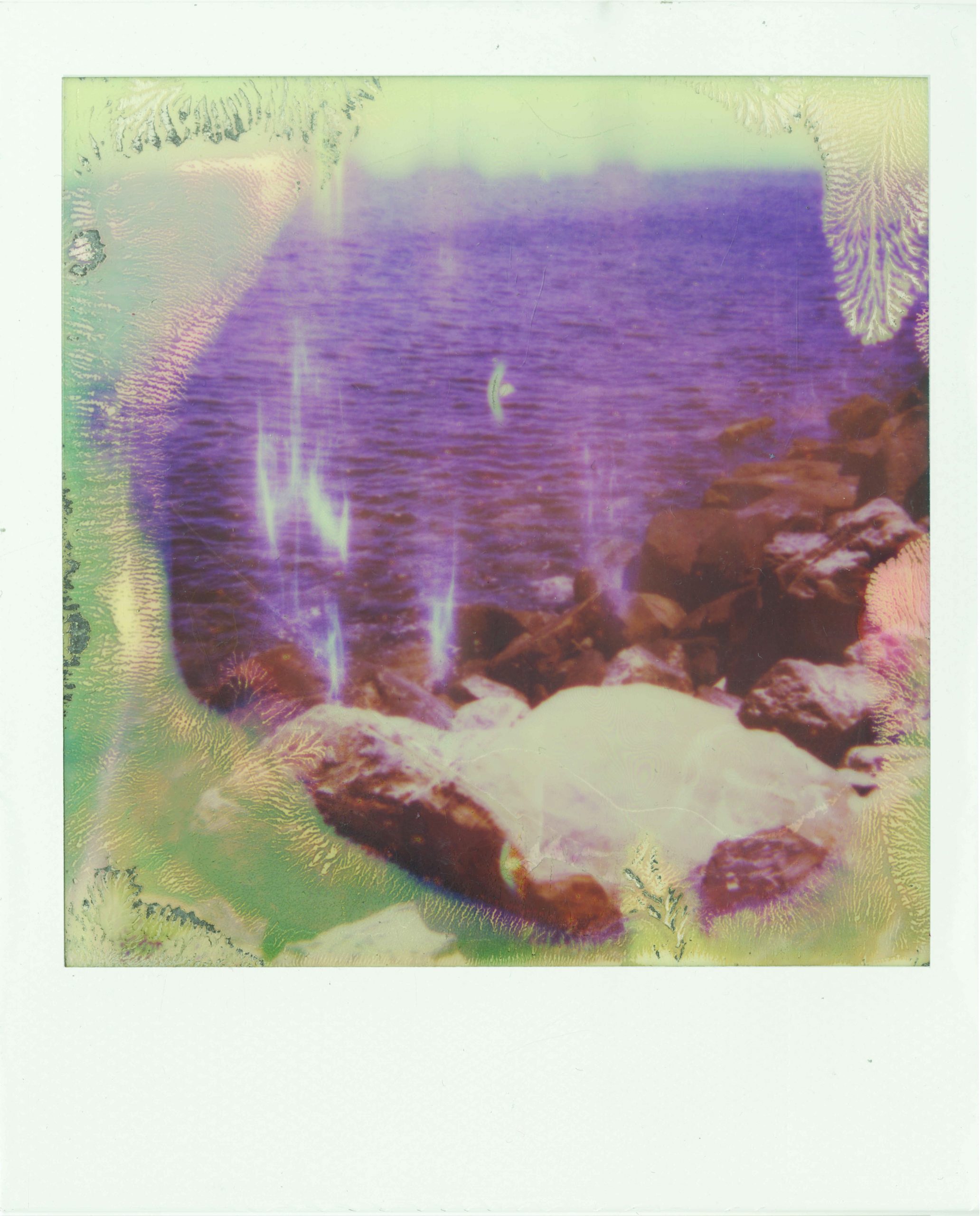 Lara Atallah: There’s nothing more powerful than the stories we choose to believe. These narratives are crafted by both words and images, through the media we consume and the discourse that gets peddled over and over again, until we normalize it and subscribe to it to varying degrees. Within that framework, I’m interested in how images can distort our concepts of time and place and instill a propensity to assert dominance over others. My work blends landscapes together to point to the manufactured nature of the borders we’ve been forced to abide by.

AE: You released your first artist book, Edge of Elysium, published by Open Projects in 2019. One of the works from this series is also part of ArteEast’s Legacy Trilogy fundraising exhibition. Can you tell us about this project and how it came about?

LA: This project started in Beirut in December 2016. We were at the height of the Syrian refugee crisis. Between the rampant xenophobia against Syrian migrants in Lebanon and the amount of dinghies carrying whole families fleeing the war that would sink in the Mediterranean, I began to reflect on the Mediterranean both as the grounding landscape I grew up looking at and a treacherous one that takes thousands of lives each year.

I started photographing Mediterranean coastlines using Polaroids all over Lebanon and the south of Europe. Each piece is titled after the city it was photographed in, never citing the nation-state. The point being, that cities most often outlive nation-states, as evidenced by the millennia-old history of that region. The medium mirrors the subject, in that you can’t control the sea the same way you can’t really control a Polaroid camera the way you can an analogue camera, which allows you to set a shutter speed, aperture, and depth of field. The chemicals are distorted to further add eeriness to an already bare landscape.

AE: Can you tell us about your second artist book that you are currently working on?

LA: My second book is titled The Sun That Stood Still. It’s a project that’s been at the back of my mind for some time. It gets its title from the word “solstice.” The book celebrates my grandmother, who recently passed away. But beyond that, it is about loss, the Mediterranean, and living in a perpetual state of uprootedness in a constantly changing landscape. Much like Edge of Elysium, the book will incorporate words and images. The text is a letter that is part ode, part elegy to a place that is perpetually disintegrating.

I just got a residency with the Arab American Museum in Michigan that will help me dedicate a whole month to finish writing the textual portions of the book, while sorting out the layout.

AE: You moved to New York from Beirut in 2012 to pursue your MFA at Parsons. In your experience, how does the art world climate of these two cities differ and what are some of the challenges you have faced in New York?

LA: They’re two radically different worlds. The New York art world is a microcosm of the city at large. This city brings together people from all over the world, resulting in a very eclectic art scene.

Lebanon, by contrast, is far more homogeneous. I haven’t lived there in almost a decade, so there isn’t much I can say, but I’m aware that the country’s ongoing crises have crippled artists there a lot.

AE: Could you tell us about Asiya Wadud’s Echo Exhibit project for the Lower Manhattan Cultural Council’s River to River festival that you were a part of in 2020?

LA: Asiya invited me along with Alisha Mascarenhas, Chia-Lun Chang, Rebekah Smith, Madison McCartha, and Sevinç Çalhanoğlu to participate in her Echo Exhibit, organized by the LMCC last summer. We spent a couple of weeks, each taking several fifteen minute phone calls with strangers in the city, subsequently turning each conversation into a poem. Some of these pieces were then turned by Shannon Finnegan into vinyls displayed in storefronts around the ,Seaport.

LA: Bouchra Khalili, Etel Adnan, Mona Hatoum, Ammar al-Beik, and Emily Jacir. Each of these artists’ work changed the way I look at the world. They’ve taught me how to articulate my relationship to landscape and its impact on people through a devotion to images and language.

AE: How have you been affected by the Covid-19 pandemic? Once the global pandemic subsides, do you have any shows or projects coming up?

LA: It’s already been said a lot, but I feel like the phrase “once the global pandemic subsides” is the new “inshallah” haha! I don’t know anything for a fact, and frankly, I’m not really preoccupied with what comes next. I’m just trying to focus on what I’m doing now, and the rest will figure itself out in due time.