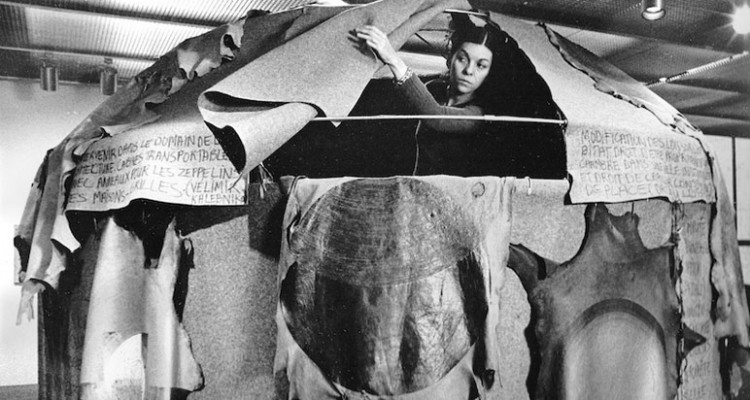 The spring issue of ArteZine, titled Nature is Our Body, sets out to explore a series of artistic and cultural practices from Turkey and the Middle East that critically engage with the Earth’s resilience in regenerating our relationship with its vital resources, such as land, water, air, plants, food and ecosystems.[i] It brings together four contributions by artists and curators working in and out of the region in search of a common ground between nature and culture. Through a diverse range of historical references, each contribution engages in a variety of teachings inherited from shamanism, paganism, indigenous knowledge and DIY culture that can potentially be interpreted as strategies of resistance against a backdrop of violence, destruction and displacement. In the background are the pressing issues of climate change, whose impact can only by understood in relation to the theories and debates of the nascent Anthropocene age[ii], seemingly absent from the political agendas in this particular region.[iii] To this end, we focus on a series of artistic and cultural efforts ―both historical and current― from the region to question various ways in which art builds bridges between economies and various disciplines, including humanities, sciences, agriculture and more. What does this land, often referred to as Mesopotamia or ‘cradle of civilization’, bury for us under the surface with so much actual violence, opulence and decay? What knowledge and practices can we learn from nature that enhance and (re)create ‘life’ on this planet?

In response to these questions, the first chapter is dedicated to Anatolia’s shamanic tradition that artist Nil Yalter‘s contribution The Woman’s Tent: Plot for an Imaginary Exhibition revolves around. Shamanism – a religion of nature – is not new to this land. It is indeed considered as one of the oldest religions. A remarkable series of miniatures by Mehmed Siyah Kalem, a largely unknown Islamic painter who lived in the 15th century Turkestan – featuring nomads, dervishes, Buddhists and Christians mingling with demons and spirits on the streets along the Silk Road – is a rare example bearing witness to the influence of this ancient religion on the cultural and social life in the Middle East of the middle ages.[iv] In search of this largely disregarded tradition today, The Woman’s Tent is dispatched as a fictitious exhibition featuring two historic works by Yalter ―Nomad’s Tent (Topak Ev/La Yourte): A Study of Private, Public, and Feminine Spaces (1973), and Shaman (1979). The show is set to be installed at Baksı Museum, situated in the remote Bayraktar village in North-Eastern Turkey. An ancient home of shamanism, the village today is a drought piece of land, entirely neglected by authorities, in poor conditions, having led younger dwellers to migrate out with hopes of employment to Western cities. The proposed context for Yalter’s historic endeavors intends to regenerate a sense of hope and willingness around a devalued Anatolian land and its often-ignored shamanic cultural history. Artists Ruanne Abou-Rahme and Basel Abbas, who sample historical, literary and artistic sources to tell a story of recreation and rebirth, project regenerative forces on a neighboring land, Palestine. “Retrieving living matter from the wreck”[v] in response to the overall framework, they bring together visual and written materials from their ongoing research for the project, And Yet My Mask is Powerful (2016), in their eponymously titled ArteZine contribution. Extracts from a poem by Adrienne Rich and Abou-Rahme and Abbas’ own writing are featured here with three screenshots of multi-layered photo-collages showing destroyed statues, ancient miniatures, war scenes, neglected tombs, crowded beaches and mysterious portraits against untouched landscapes. Is it possible to find a new imaginary in the wreck? The artists’ answer seems to be yes, but only if a politics of desire can be distinguished from that of disaster.

Also drawing on ‘Mesopotamia’, home of agriculture revolution that marks the beginning of the Neolithic era, the third chapter titled Plant to Harvest Solidarity and Resilience looks at the relationship between food and agriculture in a conversation between New York-based artist and environmental designer Carmen Bouyer and Ayça İnce, an Istanbul-based sociologist and project manager of urban farming initiative Ek Biç Ye İç (Turkish for Plant’n Harvest, Eat’n Drink). As Bouyer and İnce discuss their engagement with nature and shared interests in sustainability and indigenous cultures, art and farming reveal themselves as spaces of resilience and potential strategies for self-sufficiency. While Bouyer ponders on her quest into the native, wild and edible plants of İzmir and İstanbul along with the pre-Columbian techniques for creating fertile soil, İnce elaborates on their efforts in turning the centrally located shop housing Ek Biç Ye İç in Istanbul’s Taksim Square into a restaurant/indoor urban farm with an interdisciplinary program running hydroponic systems, compost and quail coop.

Finally, curator and writer Aslı Seven scrutinizes our understanding of art in the age of the Anthropocene with a regional focus in her essay Reimagining Nature as Culture: Expanding the boundaries of making and thinking of art in the Anthropocene. Seven emphasizes the potentials of contemporary art in helping us grasp the complex ecological changes affecting the world through two recent works of art―Study for a Monument (2013-present) by Abbas Akhavan, and Who carries the water (2014-ongoing) by İz Öztat & Fatma Belkıs. Drawing on a series of theories discussed in the recent “How to think the Anthropocene?” conference, which she attended in Paris, Seven articulates the epistemological controversies around the Anthropocene project and the political potential they propose for art. The entrapments of the Anthropocene project and Modernism along with fossil fuels, rituals of death, expanding boundaries of art-making and arts institutions through the adoption of ethnographic methods are all carefully built in Seven’s analysis of the intricate ecology and relationships among historic, cultural and natural facts, human and non-human beings, plants, soil, water and animals.

It is today’s global truth that our lives are surrounded by a devastated and decaying landscape. Against this truth, this ArteZine draws from diverse practices and other references in order to reveal that we are witnessing a fascinating moment, at the same time, and that we actually have the tools and knowledge to see beyond various forms of crisis. Perhaps we can simply start by looking at the regenerative power of nature and how we can reconnect with it. We can then overcome the many disasters we are currently facing. Because, after all, nature is our body.

The Woman’s Tent: Plot for an Imaginary Exhibition

And Yet My Mask is Powerful

By Ruanne Abou-Rahme and Basel Abbas

Reimagining Nature as Culture: Expanding the boundaries of making and thinking of art in the Anthropocene

Plant to Harvest Solidarity and Resilience

By Carmen Bouyer and Ayça İnce