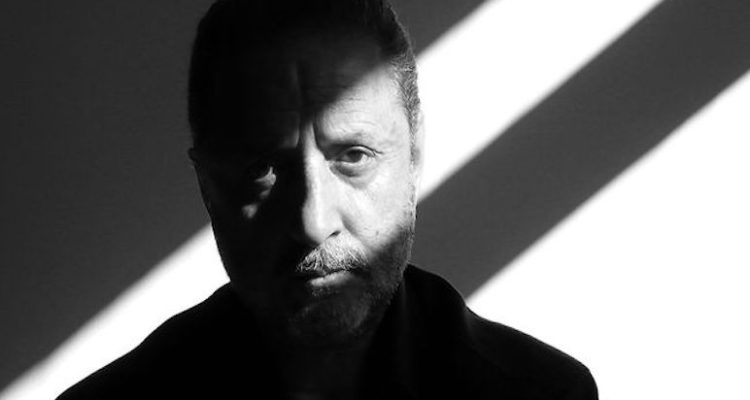 How did the ciné-club begin?

It was founded in 1952 by a man whose name was Dr. Haddad, if my memory serves me right, he was a French-language professor at the university. The Damascus Ciné-club was instituted to show films to catholic schools students, in other words, it was part of a catholic cultural network (whose headquarters were in France). In the 1960s, Dr. Haddad wanted to return to France. He called the National Film Organization and basically handed over the ciné-club over to them. Badreddin Arawadahi ran it on behalf of the National Film Organization for the first two years. We collaborated together.

Who does this “we” stand for?

We were a group of filmmakers, schooled in Europe and recently repatriated. We were dynamic, hopeful and ambitious, the group included Mohammad Malas, Haytham Haqqi, Qays al-Zubaidi, Nabil Maleh and many others.

What sort of films were you screening?

First, the Nadi al-Sinama (ciné-club) was transferred to al-Kindi Cinema, owned and administered by the National Film Organization. We screened all kinds of films, and hosted filmmakers as well. At that period, the likes of Pier Paolo Pasolini, Agnès Varda and Andrezj Wajda came to Damascus. In 1973, there was a change in the National Film Organization’s management and the team that had supported us enthusiastically, extended support and resources to our activities, was basically removed. The government wanted to inhibit the independence of the institution. They appointed someone who could secure the institution’s unchallenged loyalty to the state. In 1974, there were open clashes between us, the filmmakers, and this new administration. A group of us relinquished our membership to the National Film Organization.

What happened to the ciné-club?

As we became estranged from the National Film Organization, we also decided to take over the ciné-club, to protect its sovereignty. So we called for a general assembly to elect a new administrative team. The elections were actually fought fiercely, but we won. We took full control and the ciné-club fell under our control.

How did the National Film Organization administration react?

We no longer had access to the al-Kindi Cinema. We needed a new space, so we reached out to a long established cultural association, well-known to Damascenes, al-Muntada al-Ijtima‘i (The Cultural Council). It had played a prominent role in the cultural life of the city from the days of independence, and was comprised of Damascene élite families. After pressure and intimidation from the Ba’thist government, it had halted its activities. The association has a great history; it included important intellectuals, poets, writers and historians, figures like Sadeq Jalal Azem, for example. When we approached them they had opted to keep a low profile, they agreed to allow us the use of their space, located in the Italian neighborhood. We cleaned it up and fixed it to enable film screenings. The interior architecture presented a tremendous challenge to accommodate for installing equipment to project films and an audience to watch comfortably. So we had to innovate, Nazih Shahbandar, a pioneering and veteran Syrian filmmaker, as well as fantastic technician, leapt to our rescue. He created an amazing set-up, the projector was placed in the kitchen and a mirror placed in a connecting hallway carried the reflection to the screen placed in the wide principal room furbished with approximately 80 to 90 seats. Translation was simultaneous. We established a system of memberships to cover the costs of programming films, we published a newsletter and organized workshops in scriptwriting and shooting film. Qays al-Zubaidi was mostly in charge of these workshops.

By 1978, we claimed up to 800 members, they were mostly students. Membership fees were purposefully low, we also programmed a weekly regular screening, every Tuesday, that date is till burned in my memory. We organized “film weeks” as well. We received support from the cultural centers affiliated to embassies, they helped us with shipping film prints. By 1977, Nadi al-Sinama was becoming a forum for dissent, particularly as the more conventional venues for political expression were gradually shut down. The critical conversations started with the question of what kind of cinema we wanted to produce in Syria. At some point, while film screenings lasted for an hour and the half, discussions that followed lasted three to four hours. For a number of students attending our screenings, these discussions were their first or rarely afforded experience with an open and public political discussion. In retrospect, when we recall the days of Nadi al-Sinama, we bemuse on the number of political parties that were forged as a result of these discussions.

Can you tell the story of the film week with the Cahiers du Cinéma that Serge Daney recounted in one of his articles?

I studied cinema in Paris and was there when the May ‘68 student uprisings took place. I actually filmed the first day of the insurgency. I had met Serge Daney while there, and after I returned to Damascus and became involved with Nadi al-Sinama, I proposed to him and the Cahiers du Cinéma we organize a film week around the theme of “Cinema and Politics”. The program was curated between our team and theirs, it spanned over two weeks, and the French cultural center (attached to the embassy) would help us get film prints to Damascus. At the eleventh hour, and after a tedious back and forth, the government decided to censor films selected by the Cahiers, which included Jean-Luc Goddard’s Ici et ailleurs (Here and Elsewhere, 1974). It was scandalous, off course. However, instead of deterring Daney from traveling to Damascus and attending the event, or spurring us to cancel the entire film week, we felt emboldened to hold it against all pressure, in sheer defiance. For the censored films, Daney stood in front of the screen and recounted frame by frame to an audience packed to the seams and listening aghast, the films they had been forbidden from seeing. Rarely have I witnessed moments of magic that rival this one. We were able to humiliate the government’s intimidation and clamp down; it was symbolically resonant at the time. Daney later recounted his experience in a long article in the Cahiers.

Was the impact of Nadi al-Sinama restricted to Damascus?

We had a great outreach program, we basically carried the 16mm prints and toured the provinces, we went to Hama, Safita, Lattakiah, Aleppo and Deir el-Zor. We established a network amongst cine-clubs in those cities, which was referred to as a “union” of cine-clubs. We did not always accompany the films, often prints were simply boarded on the bus, the notorious Karnak. Our activities in Damascus inspired organizers in these other cities and instigated exciting activities around film screenings.

The success was such that we were even able to convince the public television channel to have us host a program, which we called Nadi al-Sinama.

Who was involved in that?

The basic group. We alternated between Mohammad Malas, Haytham Haqqi, Ma’mun al-Bunni and I. We produced up to nineteen episodes, each lasting around 3 hours. We invited guests to discuss the films after we screened them. We did not always have filmmakers or critics, we invited a physician (a medical doctor that is) who was a passionate cinéphile once to discuss the Dored Lahham film, and I still remember how excellent his presentation and discussion was, far superior to some of the sophisticate critics or experts. We received tremendously positive echoes from the audience after that episode.

You said you produced nineteen episodes, what happened, was the program stopped?

It was. And by a phone call directly from the presidential palace. We hosted the French filmmaker Ariane Mnouchkine and Syrian dissident intellectual and activist Michel Kilo. I think the ‘red line’ transgressed that evening was a discussion of how revolutions end up devouring their own children and betraying their own principles. In spite of its popularity, the program was stopped instantly, phone calls from that far high have that power.

When did that happen?

Around 1979 or 1980. The Nadi had increasingly become a political platform by then. We hosted lectures and talks by critics of the regime and dissidents, from all fields and disciplines. Poets, lawyers and activists, speaking freely, exposing human right abuses, demanding freedom of expression and social justice. In other words, we went far beyond the purview of a conventional cine-club. And by the end of 1980, our activities were forcibly brought to a halt.

And that was it? No resurrections?

In 1981 Mohammad Malas tried to resurrect Nadi al-Sinama and managed to for a year or two. He stopped because he had to work on his own feature film Ahlam al-Madina (Dreams of the City, 1983).

Do you remember some of the regulars of Nadi al-Sinama, did any end up as filmmakers?

Certainly, Hala al-Abdallah was one of our regulars, she later became one of Syria’s most noteworthy producers, collaborators and artistic consultants. She has worked with Syria’s stellar auteur filmmakers and she also works with French filmmakers. She finally directed her first feature length film released in 2006, Ana al-Lati Tahmol al-Zohour ila Qabriha (I Am the One Who Carries Flowers to her Grave). Nidal el-Dibs, a filmmaker affiliated with the National Film Organization, was also a regular. He went on to study film at the renowned VGIK school in Moscow and released his first feature Tahta al-Saqf (Under the Ceiling) in 2005. His elder brother was one of our executive committee members.

So after Mohammad Malas tried to resurrect the cine-club, it was shut down for good? End of story?

No, the story does not end there. In 1995 and 1996, filmmaker Oussama Mohammad wanted to resurrect it. A meeting for the board and executive committee was convened and a new administrative team was appointed. For a variety of reasons there was no expectation to hold more than a single activity per year. Some 300 memberships were garnered! The al-Sham Cinema was rented and films screened in 35mm, including Egyptian master Youssef Chahine’s al-Masir (Destiny).

What were other titles screened?

Well, they had to be culled from the list the government permitted Cinema al-Sham to screen. The idea then was simply to rekindle the activity of screening films. In total six or seven film events took place there. We had access to the theaters of cultural centers attached to diplomatic missions, but Najah el-‘Attar, Minister of Culture at the time, prohibited us from holding our activities in foreign cultural centers. At some point we were instructed to screen Syrian films only, and that’s when we decided to halt our activities.

Not yet. A convention of the board and executive committee is slated for the near future. We are hopeful because there is a new generation of filmmakers who not only defend the singularity and subjectivity of their cinema stubbornly, but also they are keen on safeguarding the independence of their vision and productions. They are charged with energy and passion for cinema. Once again, the horizon of possibilities seems open again.