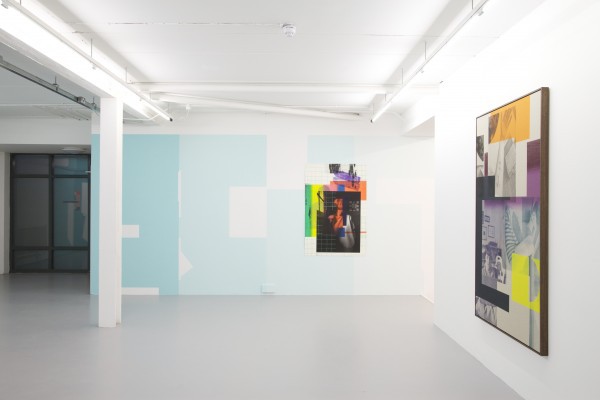 More than anything else my life, it is my interpersonal relationships, formal and informal, that are at the core of my being. Like anyone, my character and vocabulary change as I engage in a range of conversation: I use my most placating, understanding, and convincing voice when I speak to the people who pay me. I allow myself to question and be questioned amongst my peers with whom I feel most at ease, and, at the same time, most challenged to find my place and assert my position. I am encouraging, supportive and, at times, critical of those with whom I work most closely. It is my responsibility to take good care of those who come to me as visitors and collaborators, to welcome them, to make them feel at home, at ease.

It has been ten years since the Norwegian critic Jonas Ekeberg edited the volume “New Institutionalism” (Office for Contemporary Art, Oslo, Norway, 2003), aimed at considering the “radical changes” a number of institutions, predominantly in the Nordic counties, where undergoing at the time. Only a few years later, German theorist and curator Nina Möntmann wrote the article “The Rise and Fall of New Institutionalism” (European Institute for Progressive Cultural Policies, Vienna, Austria, 08/2007), in which she reflects on the short lived phenomena that was New Institutionalism. Möntmann writes: “What Rooseum and other progressive art institutions had in common was that they were institutions of critique, which means institutions that have internalized the institutional critique that was formulated by artists in the 1970s and 90s and developed an auto-critique that is put forward by curators in the first place.”

The subtitle of Möntmann’s text is the optimistic “Perspectives on a Possible Future,” and she ends her piece a rather positive note: The transformative public potential of an institution so structured lies in creating “diasporic public spheres,” that are described by Arjun Appadurai – who, like Ned Rossiter, derives his transferable model from an analysis of the globalized use of electronic media – as “phenomena that confound theories that depend on the continued salience of the nation-state as the key arbiter of important social changes.” Precisely in this lies both an internationalization and a democratization of the art institution and its research facilities, which not only breaks down or questions certain dominant forms of institutional politics, but also opens up a “new role for the imagination in social life.”

When you sent me that email, it was just so right. I’d been mulling all those questions that you put to me over and over in my head: What is an institution for me? Who are the others I look to? Why didn’t Rooseum’s moment last? What can we learn from the alleged failure of ‘New Institutionalism?’ Or, more acutely, how can I sustain myself, and help others do the same? What are my obligations? Who am I responsible for? Responsible to? Are these questions at odds with being responsible to oneself? To art? Am I letting myself be led by money? Surely, there must be another way.

Centre for Contemporary Art Derry~Londonderry fosters a wide range of artistic, curatorial, and critical practices through five collaborative and process-driven streams: research and production, exhibition-making, public programmes, publishing, and residencies. CCA addresses both communities of place and communities of interest, embedding the international in the local and engaging the local in the international. CCA Derry~Londonderry’s mission is to give emerging artists and new curators the best possible tools for developing internationally successful careers in contemporary art, and to offer audiences access to the most relevant and engaging art practices of our times.