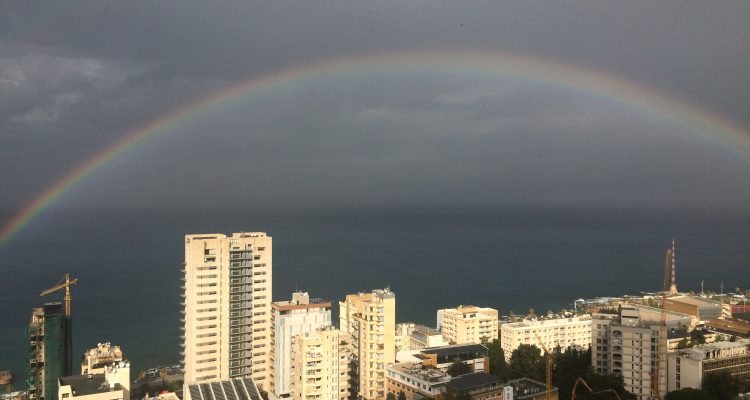 During the summer of 2015 the murky entanglements of the Lebanese waste economy overtook daily life. It was the summer of the biggest anti-government and anti-corruption protests in years, triggered by the mounting mounds of leaky garbage. These mounds of leaky garbage were destined to become sought after agents of land reclamation, as real estate speculation was revealed to be the driving agent of ecological crises. It was the summer Beirut’s modern and contemporary art museum, the Sursock Museum, re-opened its doors to the public, as the only freely accessible public museum in the city. The violence of corruption, of the toxic waste, of the erosion of the public sphere; these are all entangled.

The happenings of that summer created the urgency to engage with the crisis from an institutional perspective and push forward a nascent idea: how to re-frame and re-articulate the discourse around the Anthropocene and climate change from a local and regional context? One that is often discarded in global discussions on climate change policy and earth futures, and whose terms are dictated by countries dominating global markets and infrastructures.

Ours is a place where the slow violence of petro-economies, climate change, conflict, corruption, and misogyny shaped and continue to shape our daily lives. Yet the connection between the ecological, the political and the social is seldom made. There are however important shifts taking place in the public and political sphere. Here in Lebanon, the relationship between political corruption and the corruption land as speculative investment has sparked a greater public debate in regards to accountability and quality of life. However these local debates are many times disconnected from similar struggles taking place elsewhere and sometimes very close to home; for example in the Kurdish controlled region of Rojava, a mere 500 km away in northern Syria, the Kurdish Women’s Movement has actively contributed to re-writing of a federal constitution where gender justice and ecological justice form the core. [1]

Inspired by these examples of integrated resistance, in the summer of 2016, together with Nataša Petresin-Bachelez I curated the exhibition Let’s Talk About the Weather: Art & Ecology in a Time of Crisis at the Sursock Museum, involving many of the contributors to this issue. The exhibition and its related publications[2], edited by Ashkan Sepahvand, sought to investigate the current moment as both a harbinger of an impending, large-scale disaster as well as a productive space of collapse from which alternative modes of living and thinking could emerge. It was a call to think our current moment of ecological crisis from a situated context. While many of the works and texts dealt with the Middle East, the aim was to open up affinities between struggles and concerns across geographies and temporalities.

How might we better understand the intricate relationship between colonial histories, contemporary conflicts, and climate change? With what strategies do cultural practitioners and situated communities support “nature” as a subject of legal rights? How can we open up spaces for thinking and living that is, as Donna Haraway[3] calls for, tentacular and multi-species?

These were some of the core questions informing the exhibition that are taken up once more, in a different form, within this issue. The desire here is to unpick the why and how things are the way they are, to better challenge the forces shaping our planet, and to unlearn and learn again new ways of cohabitation.

Their contributions take up these concerns from a range of perspectives, from the catastrophes at Bohpal, through the subterranean waste piles of the Mediterranean, to the space of the future fossil and the synthesizing of nature.

Marwa Arsanios’s recent video, Falling is not collapsing, Falling is extending, is a poetic meditation on loss, landscape, and time. Tracing the relationship between real estate markets, political interests and waste disposal, the video oscillates between a present haunted by destruction and loss and an uncertain future built on precarious ground.

In Earth Law, Nabil Ahmed’s interview with Sheila Jasanoff focuses on the limits of the law/legislation in relation to temporally complex events, or what Rob Nixon terms ‘slow violence’[4], a violence that unfolds over generations and even millennia. Working within the field of STS (Science and Technology Studies), Jasanoff is concerned with science as an embodied social practice, exploring the role of science and technology in the law, politics and policy of modern democracies.

Nadia Christidie’s Decaying Flesh (#1623) looks at the uncanny relationship between exhibition making and the military’s staging of war simulations, through the grotesque emissions of the Rafflesia arnoldii. The text poses uneasy questions around the synthesis and display of nature and that of human suffering.

Originally commissioned for the Elements for a World publication series, Fadi Mansour’s Beirut 2050 sets the scene of an uneasy future technotopia where biological and synthetic agents form symbiotic existences, and where forms of nature exist in the realm of memories and folkloric stories; simulated but never fully experienced. The text is premised on the discovery of Plastiglomorate, a future fossil composed of fused plastic and organic substance, usually found in sites where the practice of garbage burning has taken place.

Each of these texts portrays a facet of a crisis that grows ever more complex and urgent by the day.

[4] Nixon, Rob Slow Violence and the Environmentalism of the Poor (2013) Harvard University Press